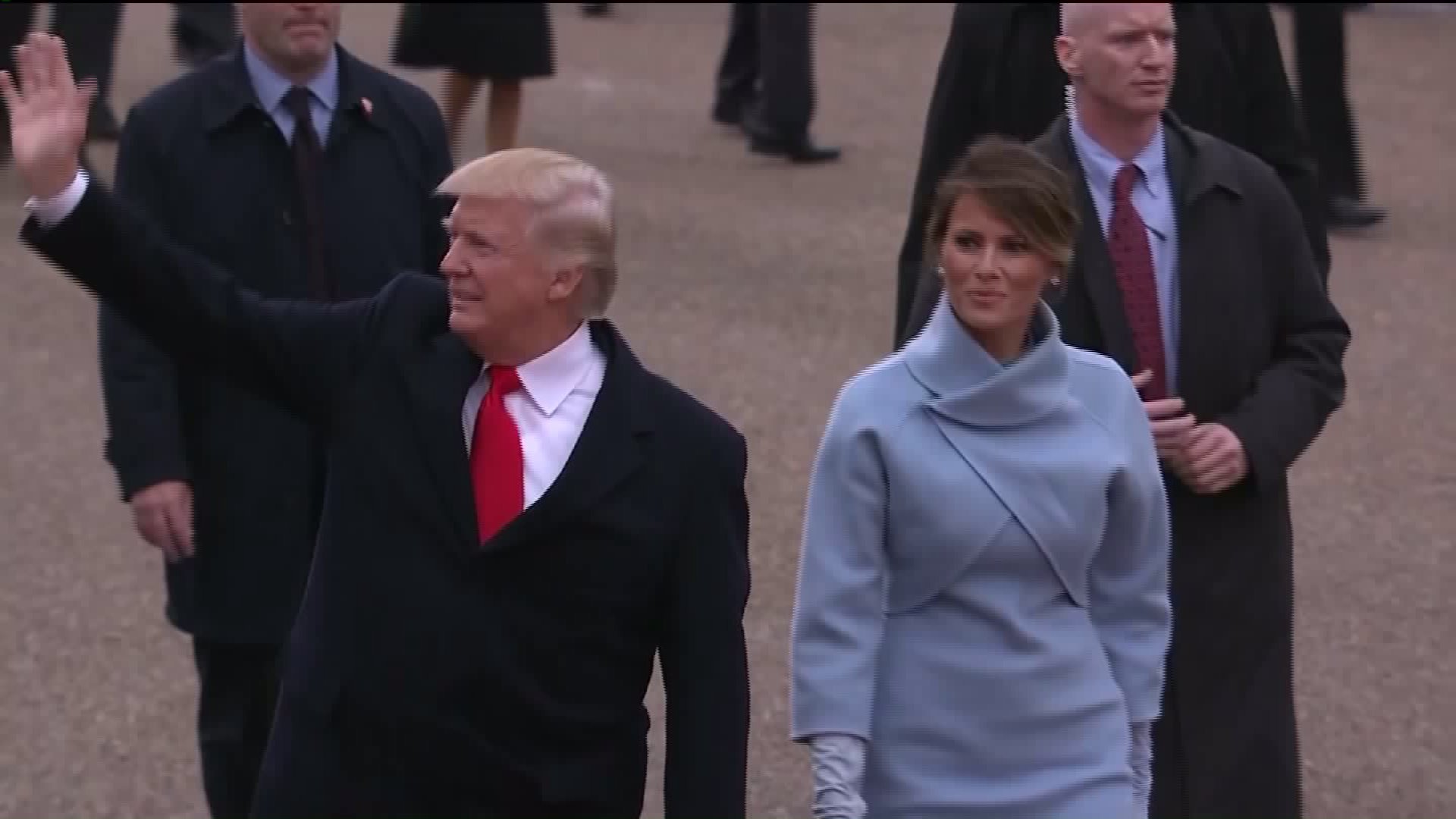 The First Family made another appearance and waved to the crowd near the White House. 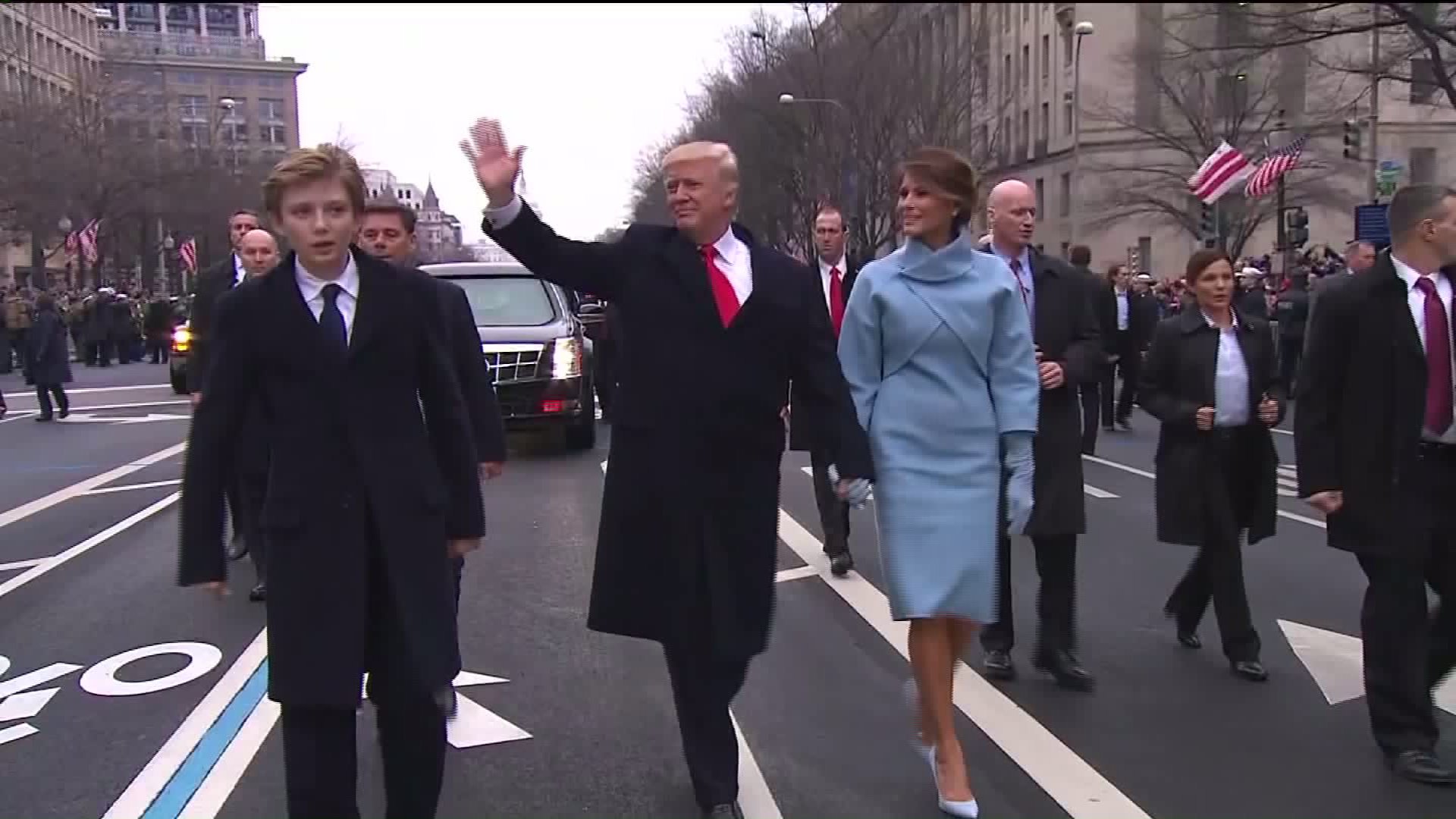 The president, first lady and 10-year-old son stepped out of their presidential limousine nicknamed "The Beast" in front of the FBI headquarters. They were greeted with cheers as they waved at the crowd who have gathered along Pennsylvania Avenue.

The new first couple walked hand in hand before getting back into the car as it approached the new Trump hotel where supporters were also there, holding posters and banners. A large crowd of protesters gathered on the opposite side of the street.

The First Family got out a second time during the parade near the White House to wave to the crowd. The family along with Vice President Mike Pence watched the rest of the parade from the reviewing stand at the White House.

In the evening, Trump and the new first lady will attend two inaugural balls, part of the stripped-down inaugural festivities that aides say are meant to stress that the new president is eager to get to work.

The tradition of walking in the parade started in 1977 with Jimmy Carter. He and his wife, Rosalynn, and daughter, Amy, strolled down Pennsylvania Avenue for more than a mile.

Presidents after followed and would also briefly make an appearance outside the presidential limousine. Ronald Reagan's inaugural parade for his second term in 1985 was canceled because of the bad weather.