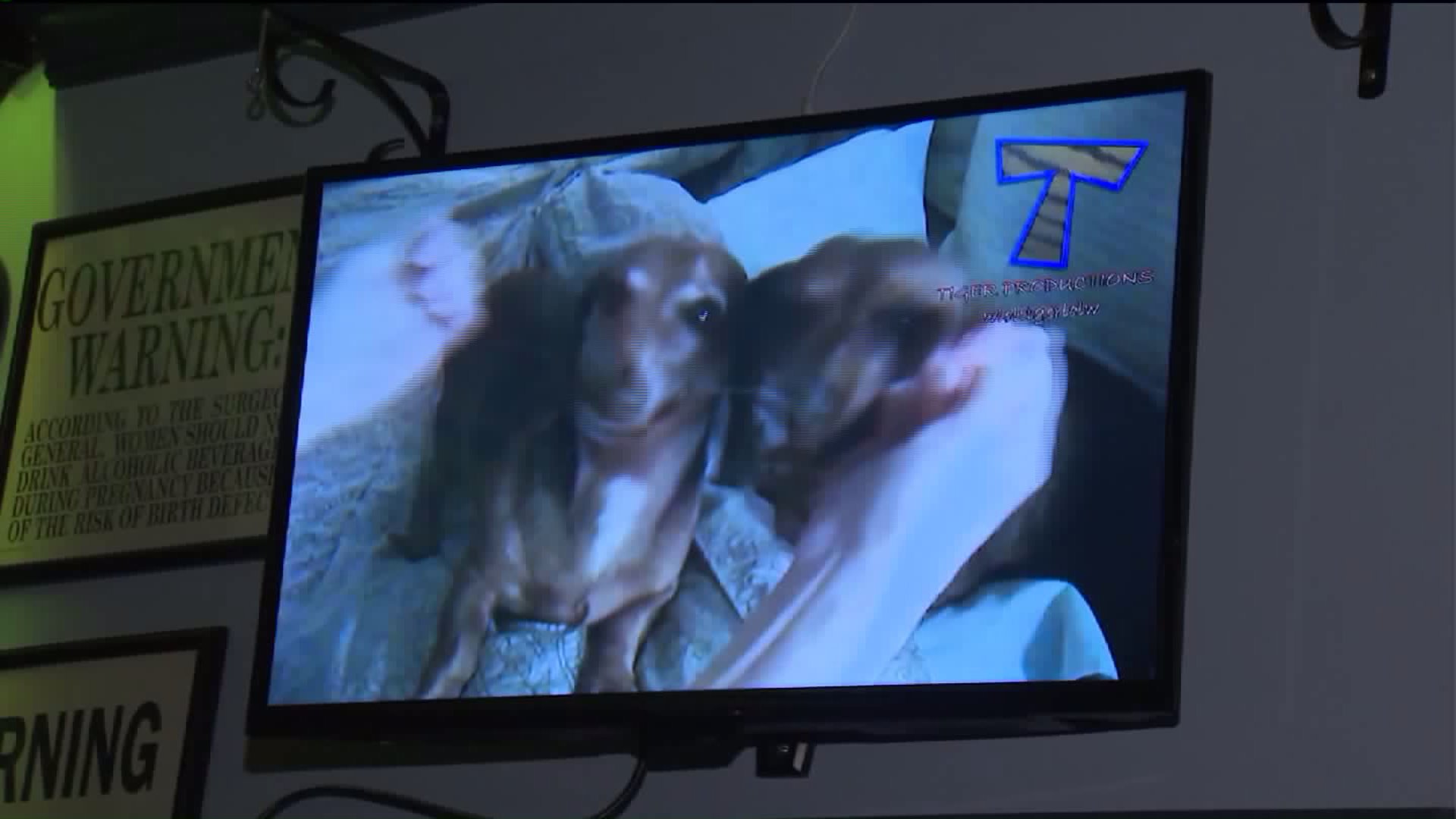 It is Cute Animal Party Night at Hinterlands Bar on Inauguration night as customers are invited to look at the cute puppies and kittens on the screens above the bar.

KENSINGTON, Brooklyn — New Yorkers found different ways to avoid Donald Trump's inauguration on Friday by watching cute animal videos at a bar and participating in a video project that sent a message of unity.

It was a cute animal party night at Brooklyn's Hinterlands Bar on Inauguration night as customers are invited to look at the cute puppies and kittens on the screens above the bar.

So instead, Hinterlands Bar showed videos of puppies and kittens playing together for 15 hours.

For the owner and some of these customers at the bar, watching these videos instead of the swearing in, inaugural balls and protests is a form of therapy.

"It gives me the courage to go out and support the women in tomorrow's march," Mark Killian, a Hinterlands customer, said as he proudly displayed the sign he'll be marching with tomorrow.

The videos will run until 4 a.m.

In Astoria, there was a different form of therapy at the Museum of the Moving Image.

A four-year, 24/7 video project called "He Will Not Divide Us" by artists Shia LaBeouf, Nastja Sade Ronkko and Luke Turner were being displayed at the museum.

"People are invited to step in front of the camera and record 'he will not divide us,'" David Schwartz, the chief curator of the Museum of the Moving Image, said. "It's obviously a response to Donald Trump. It's a message with a mixture of protest and optimism."

Many of those recording their messages were students who wanted to watch celebrities like Jaden Smith, who read "he will not divide us" for six hours straight.

"I came here to see Shia LeBeouf, but the message is great," Michael Green said as he was making his video statement. "Building bridges not walls."

To find out more about this video at http://www.hewillnotdivide.us/