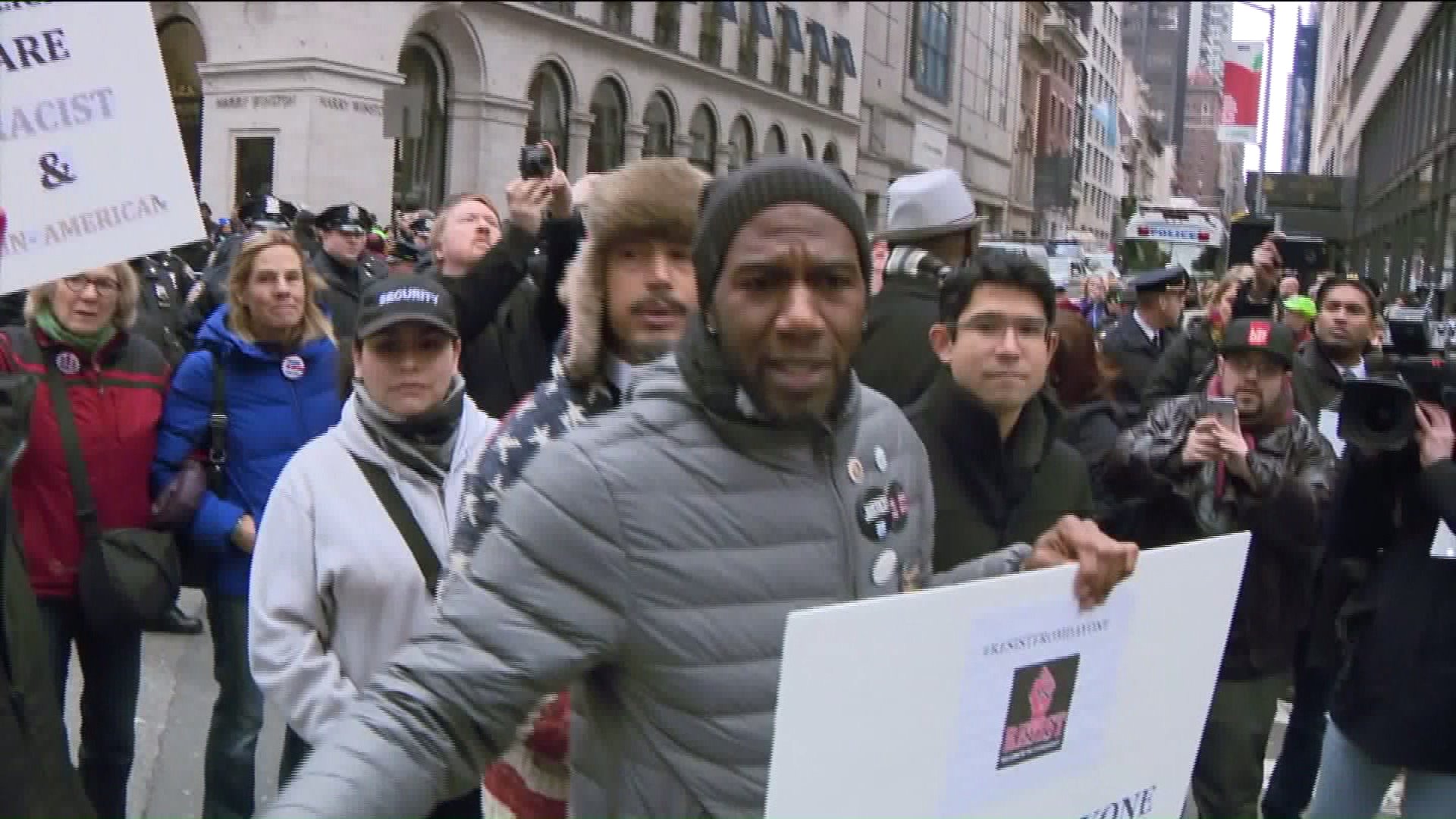 New York City councilman Juumane Williams (D-Brooklyn), Councilman Carlos Menchaca (D-Brooklyn), State Senator Marisol Alcantara, along with activists sat on the crosswalk in the middle of 5th Avenue in front of Trump Tower before police showed them to their seat in the back of a police van.

"We can't wait till the damage is done! So what we gonna do? Resist from day one!" they shouted.

Immigrants who felt attacked by Trump, stood and shouted defiantly on his front stoop.

"We’re gonna continue to fight until we can get him out of the White House," said Yarabay Encalada.

Encalada is Mexican and Cuban-American.

"I’m not fighting for myself. I’m fighting for the rest of the immigrants that helped build this nation. I’m afraid he’s going to take us back 300 years."

A lone Trump supporter stood with the crowd. Another paraded in front of them.

"There are so many people who voted for him and supported him but are not gonna say it because they have a fear," said Jovi Val.

While Trump swore to protect and defend, protestors marched in Denver, blocked train tracks in California and smashed windows in Washington, D.C.

The protest at Trump Tower stayed peaceful, but loudly defiant.

On Saturday, women will march on Washington, D.C. and in New York, before parading up 5th Avenue to Trump Tower.