‘El Chapo’ pleads not guilty in Brooklyn federal court; death penalty is not an option 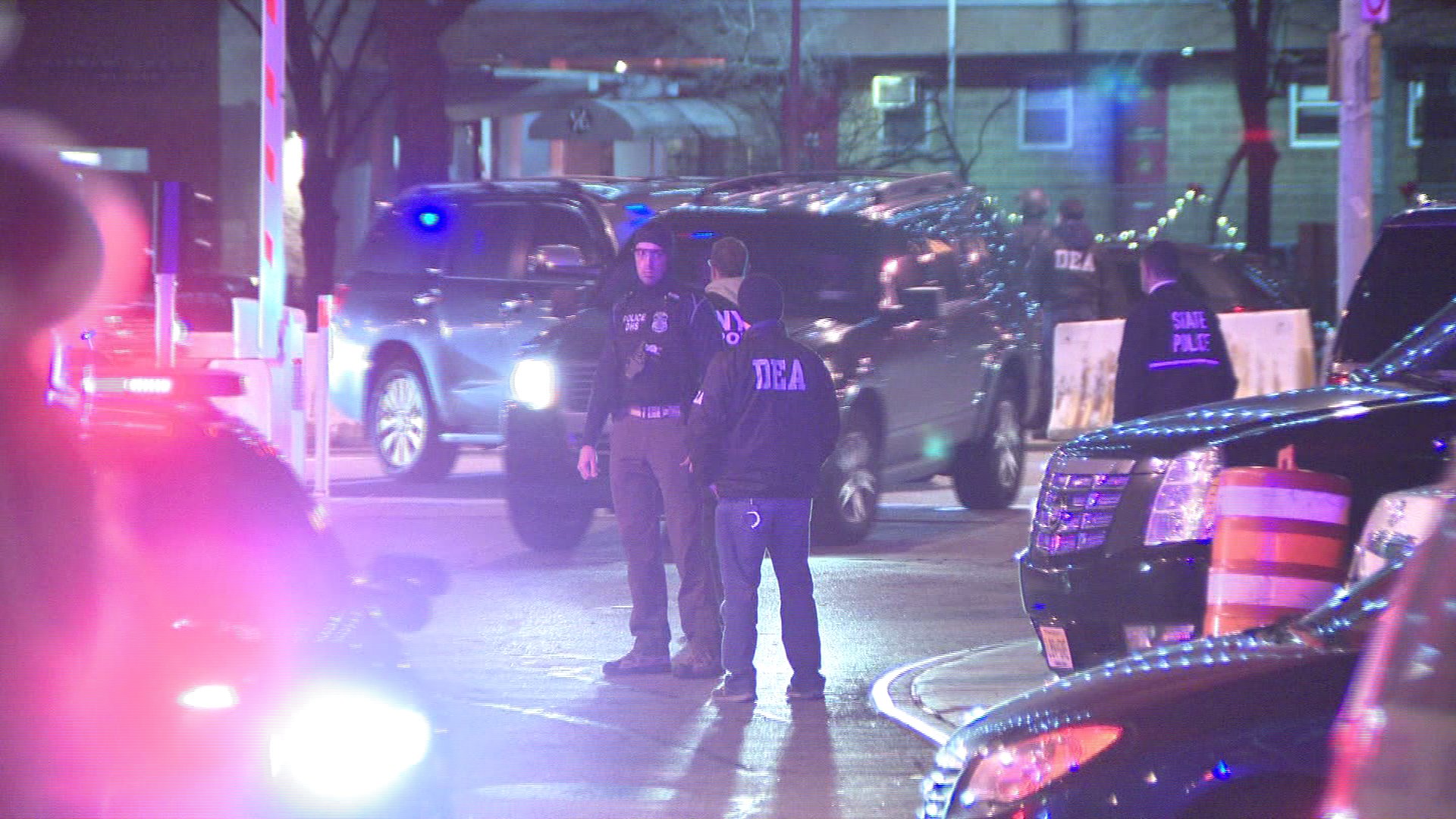 Hours after being extradited from Mexico, Joaquin "El Chapo" Guzman arrives in New York City. He wille have his federal hearing Friday morning. 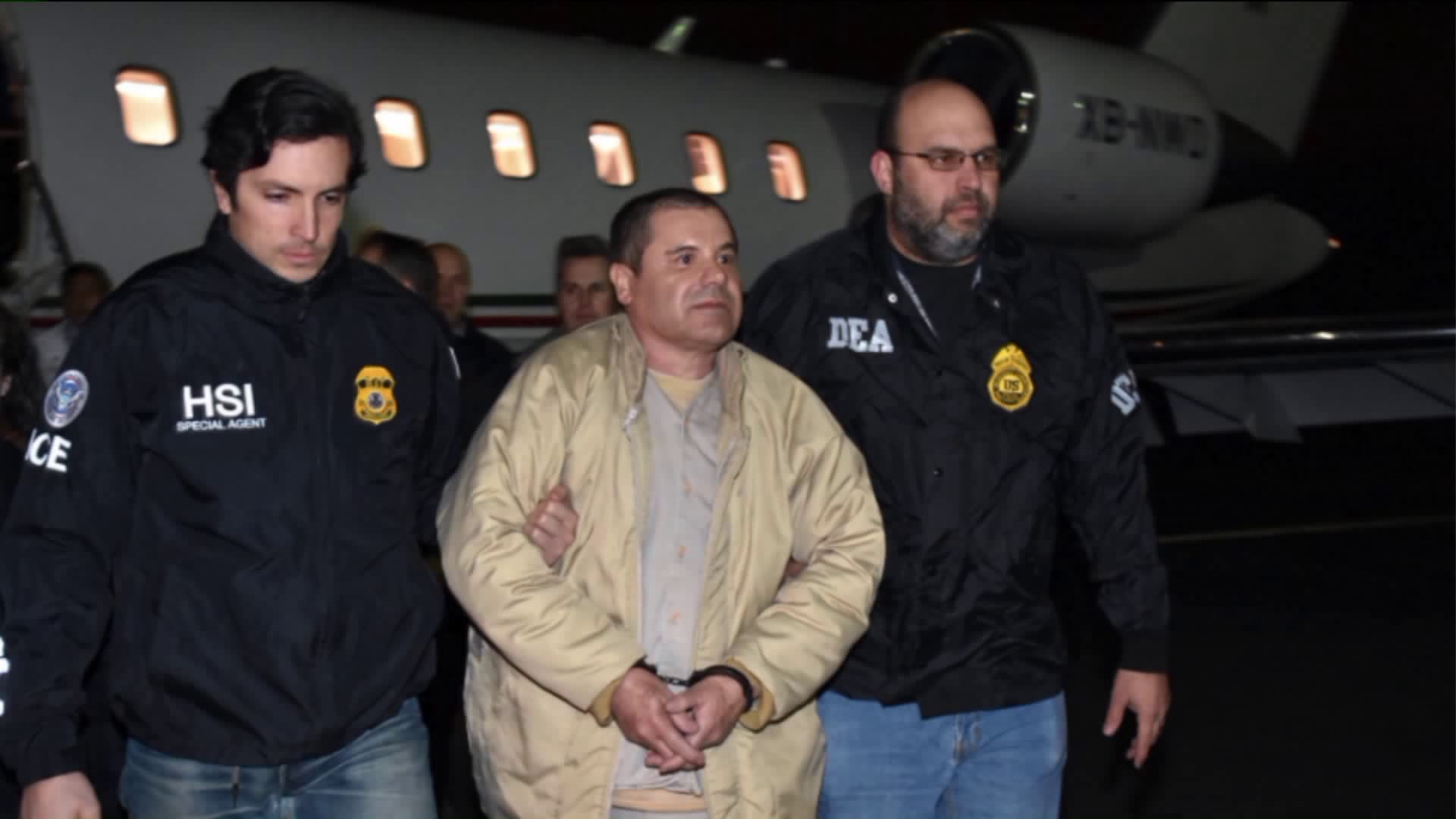 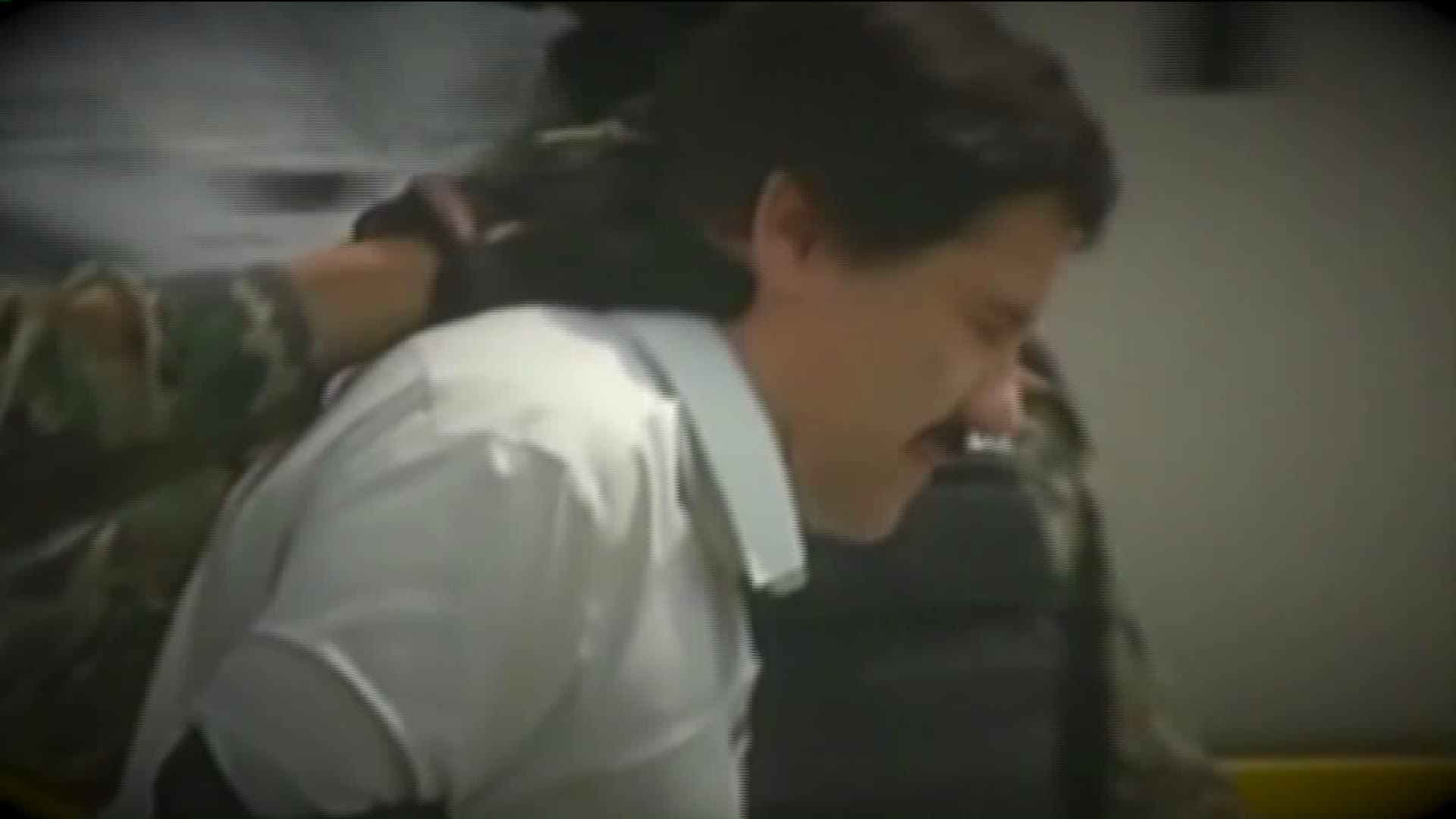 BROOKLYN  — They got "Shorty" — finally.

Drug kingpin Joaquin "El Chapo" Guzman, a legend in Mexico due to his dramatic prison escapes and years of staying just ahead of the law, plead not guilty in a federal courtroom in Brooklyn.

A hush fell over the Brooklyn courtroom moments before Guzman entered Friday. He looked dazed and wore a dark blue T-shirt, dark blue pants and sneakers.

An 17-count indictment charges Guzman with running a massive drug trafficking operation that laundered billions of dollars and oversaw murders and kidnappings.

Guzman answered questions through an interpreter standing to his right and said he could understand the judge's English.

No bail was sought. His next court date is scheduled for Feb. 3.

Prosecutors agreed to not seek the death penalty as a condition of the extradition of Guzman, who's the convicted leader of the Sinaloa cartel.

The diminutive trafficker was extradited from his native Mexico and arrived late Thursday in New York, where stringent security measures were put in place around the Manhattan jail where Guzman is to be held, a law enforcement source said.

Guzman will face a sweeping 17-count indictment in the US, including charges related to the operation of a continuing criminal enterprise from 1989 to 2014, corruption, murder conspiracy, drug importation, firearms distribution and money laundering, US Attorney Robert Capers of the Eastern District of New York said Friday.

When Guzman got off of the plane in New York Thursday night, some law enforcement officers noticed a different demeanor than that his mythic persona.

"As you looked into his eyes you can see the surprise, you can see the shock, and to a certain extent you can actually see the fear as the realization started to kick in that he's about to face American justice," said Angel M. Melendez, special agent in charge for Homeland Security Investigations, New York.

Melendez also said reiterated that security would be very tight around El Chapo, and "no tunnel will be built leading to his bathroom." He was referring to Guzman's latest escape from a Mexican prison, when he slipped through a hole in the floor near his toilet and fled through a mile-long tunnel.

US officials: Extradition was a surprise

The extradition may have been timed. Mexican authorities wanted to turn over Guzman, head of the Sinaloa cartel, before Friday's inauguration of President-elect Donald Trump, a US official told CNN. Trump angered Mexico during his campaign by demanding it pay for a border wall.

A Mexican deputy attorney general, however, said Trump's pending inauguration "had nothing to do with it."

US authorities said they "did not know" Guzman's extradition was going to happen Thursday, according to Deputy Assistant Attorney General Kenneth A. Blanco of the Justice Department's Criminal Division.

Officials were ready, because they had planned for it, but they were unaware it was going to happen Thursday, Capers said.

When asked whether the timing was politically motivated, authorities declined to speculate, and Blanco would not comment on any statements El Chapo may or may not have made.

Blanco also thanked several officials in Mexico for their cooperation, including President Enrique Peña Nieto, the secretary of foreign affairs and the attorney general.

"This extradition would not have been possible without the strong efficient close cooperation we have in our working relationship with our Mexican counterparts," he said.

Guzman, who was moved last year to Ciudad Juarez, was picked up by a team from the Drug Enforcement Administration, Immigration and Customs Enforcement and US marshals.

Six separate indictments across the United States lay out wide-ranging cases against Guzman and others, alleging they have brought in billions in drugs to the United States and laundered profits back to Mexico.

The extradition brings an end, at least for now, to Guzman's exploits in Mexico, which included a 2015 prison escape through a mile-long tunnel that featured a motorcycle on tracks.

Guzman will not face death penalty in US

A court in Mexico City on Thursday denied the drug lord's appeal of the extradition.

The US Justice Department thanked officials in Mexico "for their extensive cooperation and assistance in securing the extradition of Guzman ... to the United States."

Guzman and other cartel leaders were indicted in 2009 in US District Court in Brooklyn on charges of conspiring to import more than 264,000 pounds of cocaine into the United States between 1990 and 2005. The alleged traffickers are accused of sharing drug transportation routes and obtaining their drugs from Colombian drug organizations.

Federal indictments described the Sinaloa cartel as an enterprise that uses murder, kidnappings and bribes.

Over the years, Guzman gained near-mythic status in his home country. He has been the subject of ballads called "narcocorridos," a subgenre dedicated to cartels and their narco-violence.

Tunnels and a laundry cart getaway

Guzman was arrested in Guatemala in June 1993 and extradited to Mexico. Convicted on drug trafficking, murder and kidnapping charges, he was sentenced to a minimum of 20 years in a maximum security prison before his multiple escapes.

For years, the notorious cartel leader proved slippery, staying just ahead of the law. He is known for using intricate tunnel systems for both evading authorities and moving the massive quantities of drugs that made the Sinaloa cartel so powerful.

Guzman's recapture in January 2016, after six months on the lam, represented a major success in what has been an embarrassing ordeal for Mexico. For many, "El Chapo" is a symbol of the Mexican government's corruption.

In 2001, he escaped from a prison in Jalisco in a laundry cart. Guzman was apprehended in February 2014 and escaped from Altiplano prison in July 2015 by crawling through an opening in the shower area of his cell block leading to a mile-long tunnel.

In August, Guzman's son was kidnapped from a Puerto Vallarta restaurant in what was perceived as an attempt to exploit the cartel's vulnerability. He was later freed.

The trafficking of heroin, marijuana, cocaine and methamphetamine into the United States from Mexico is an annual $19 billion to $20 billion industry, according to a Department of Homeland Security report.

And the Sinaloa cartel has traditionally held a dominant share of that market, thanks to Guzman's sophisticated business strategies and Sinaloa's control of trafficking routes.

A US Customs and Border Protection report that analyzed seizure data along the border between 2009 and 2010 found that "the removal of key personnel does not have a discernable impact on drug flows" into the United States.

Guzman seems aware that drug trafficking won't end once he's gone. "The day I don't exist, it's not going to decrease in any way at all," he told actor Sean Penn in an interview in October 2015.