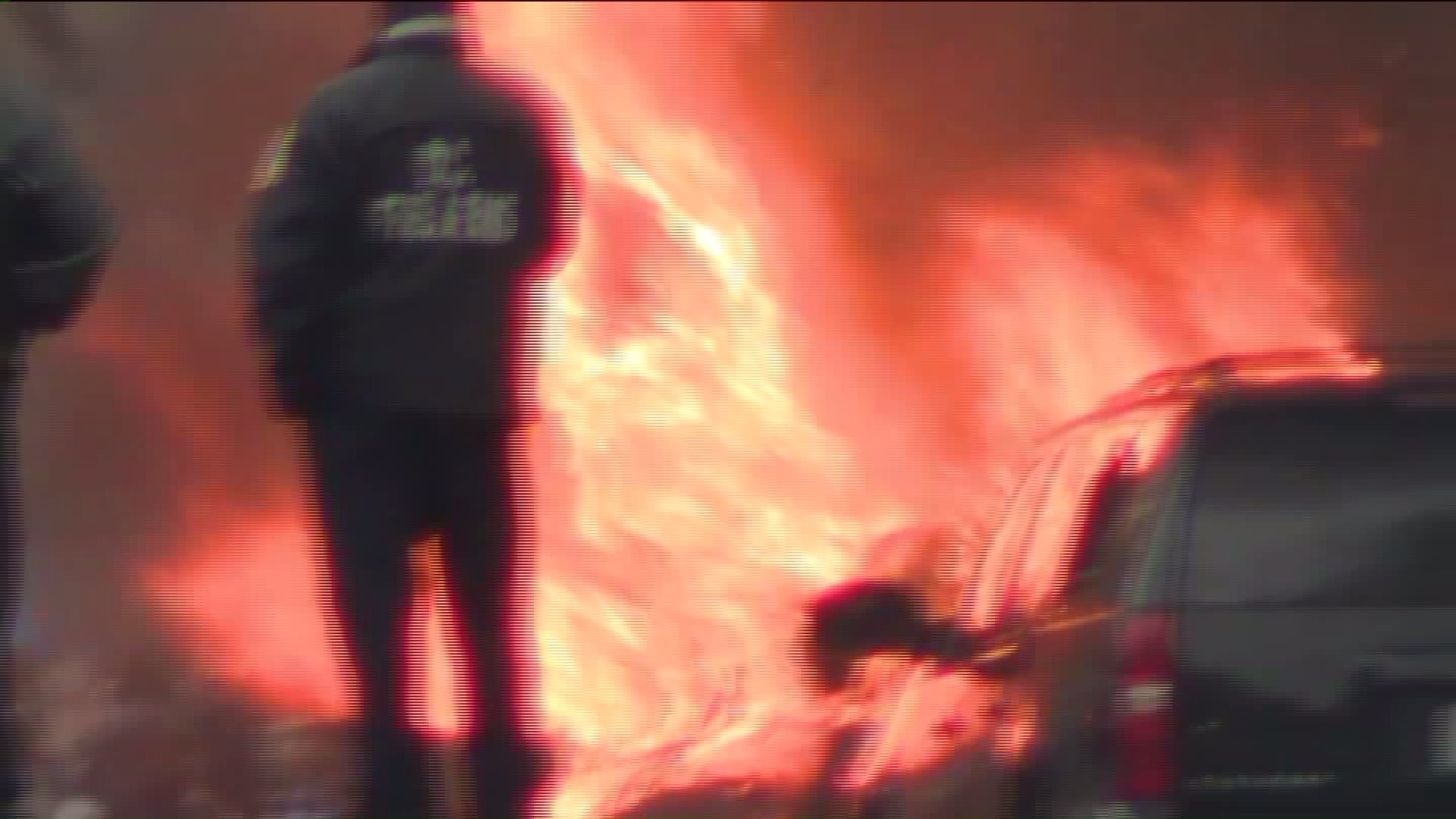 The blaze on the street was part of a series of protests near the route.

A limousine burns after being smashed by anti-Trump protesters on K Street on January 20, 2017 in Washington, DC. (Photo by Mario Tama/Getty Images)

Several cars in the area of 12th and K streets had their windows blown out by protesters around 4:30 p.m. A limo along the road was then set on fire, sending black smoke billowing into the sky.

By 4:45 p.m., firefighters had contained the blaze.

Dozens of police officers wearing riot gear were seen walking toward the scene.

D.C. Interim Police Chief Peter Newsham noted that there are several protests happening around the city that are peaceful.

Police have arrested more than 200 protesters.