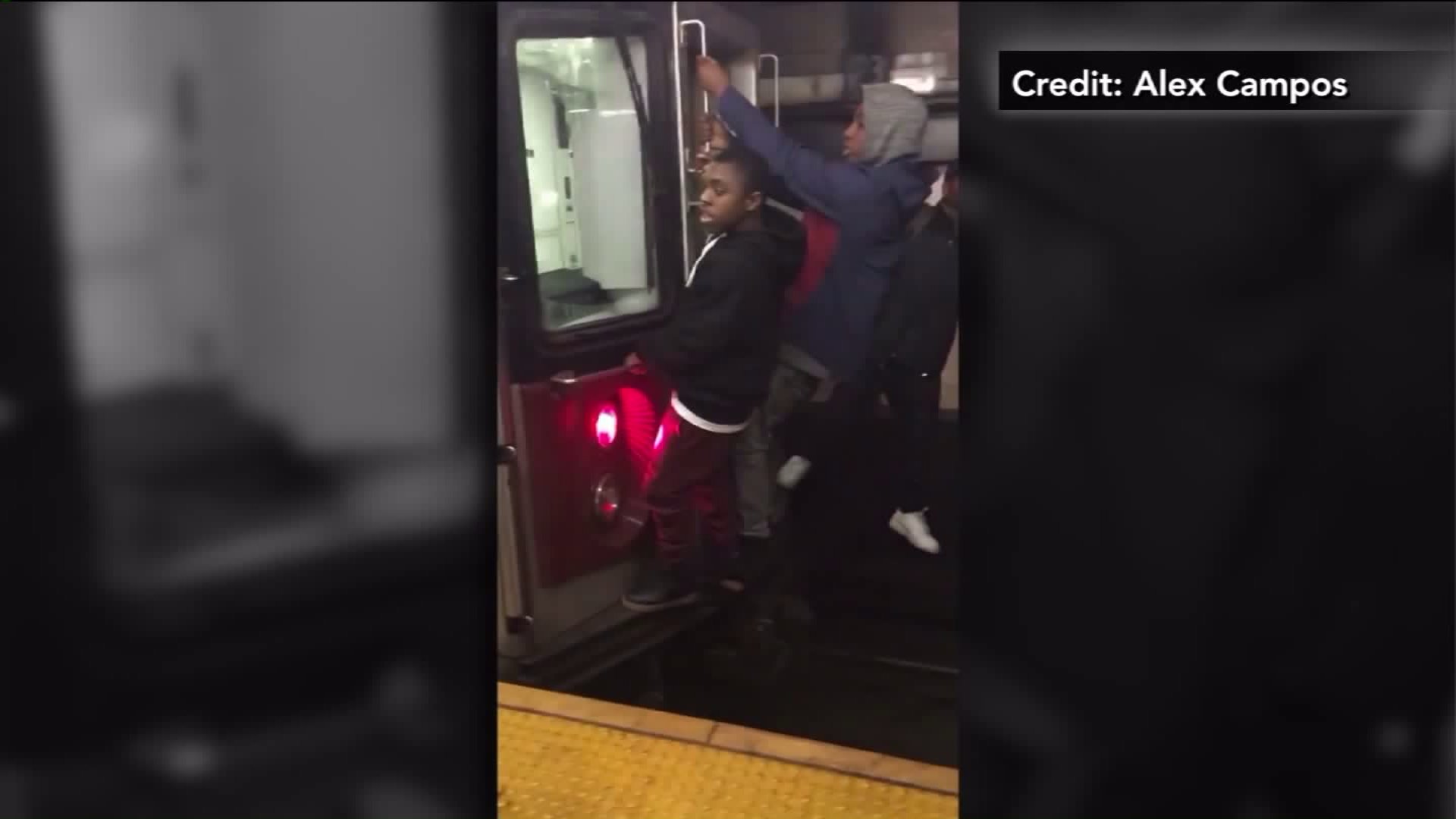 They were seen hanging on the back of the subway at the 149th Street station in the Bronx. 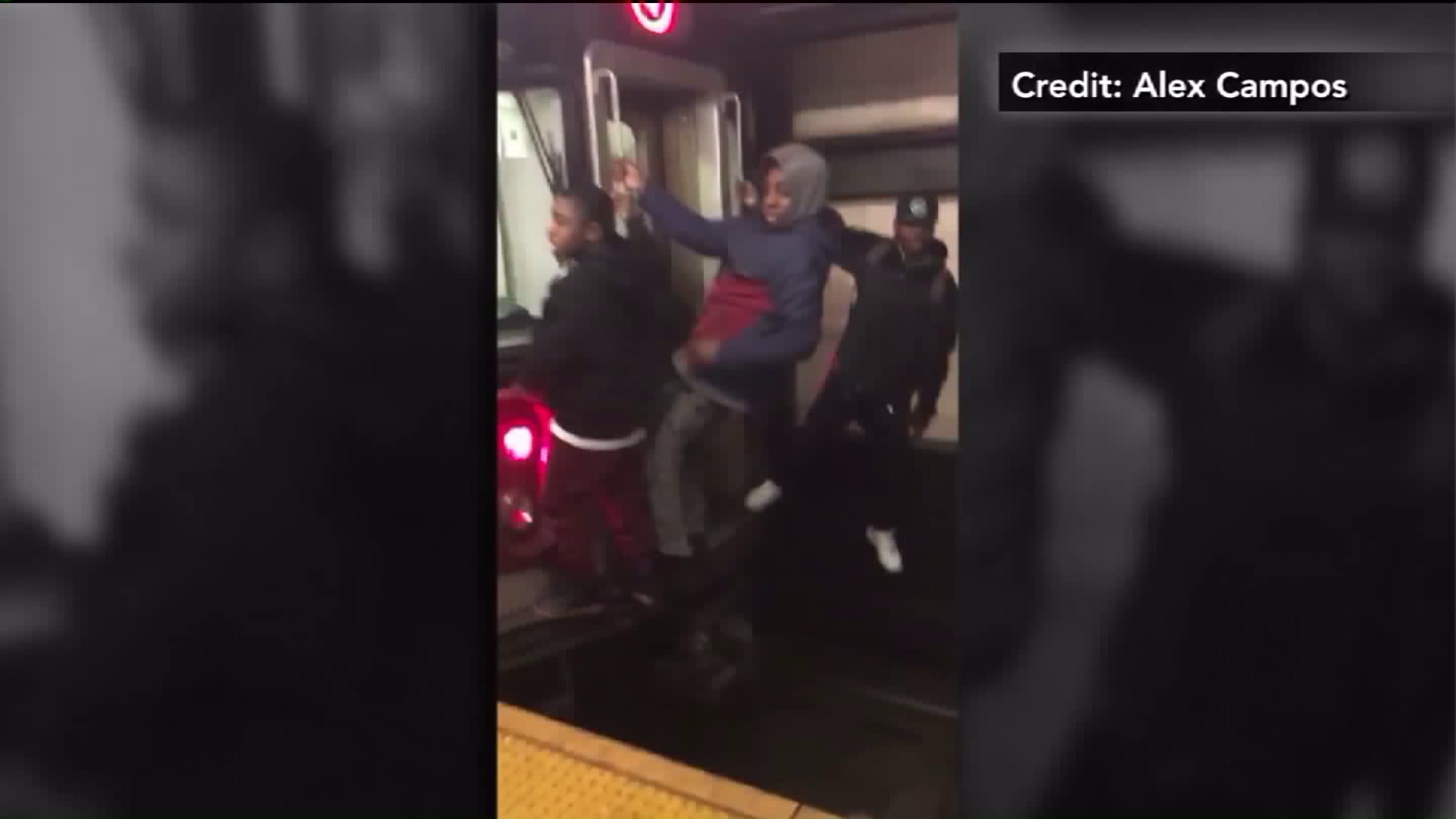 THE BRONX — Two of the three teens who were caught on video holding on to the back of a No. 4 train as it left a Bronx subway station were ticketed Thursday, police said.

The two 15-year-olds were issued citations — given tickets — for trespassing and released into their parents' custody, NYPD said. Police are still looking for the third teen seen in the video.

The teens will have to appear in court where they may receive a fine, according to police.

Commuter Alexander Campos told PIX11 News he was on a packed No. 4 train when the teens hopped on the back of the last car.

"We see a bunch of kids like trying to squeeze into the train and then they realize they can't fit in so instead of waiting for the next train to come they decide to get on the back of the train," Campos said.

He quickly pulled out his phone and began recording.

"I'm like, they're stupid," Campos said. "Why are they getting on the back of the train? They could fall off."

The video posted to Facebook has been viewed nearly 1 million times as of Thursday afternoon.

"They need to do some kind of community service whether it be down there cleaning subway cars. They need to be doing something to show what they did was wrong and it put them in harms way."

Subway surfing is a dangerous stunt that turns fatal every year. "Subway surfing" has sparked outrage and calls were made to community leaders, urging them to take action to prevent copy cat incidents.

"This is a serious situation, anyone can fall off and die. Please do not do this for likes on Instagram or Facebook. Don't do this at all, it's very dangerous, extremely dangerous," Bishop David Maldonado, NYPD clergy liaison, said.

Last December, a man was fatally struck by a southbound F train near the West 4th Street station after he fell between cars while subway surfing. Several lines were rerouted as police investigated the death.

It was previously stated the teens were arrest, but they only receive citations and will have to appear in court.