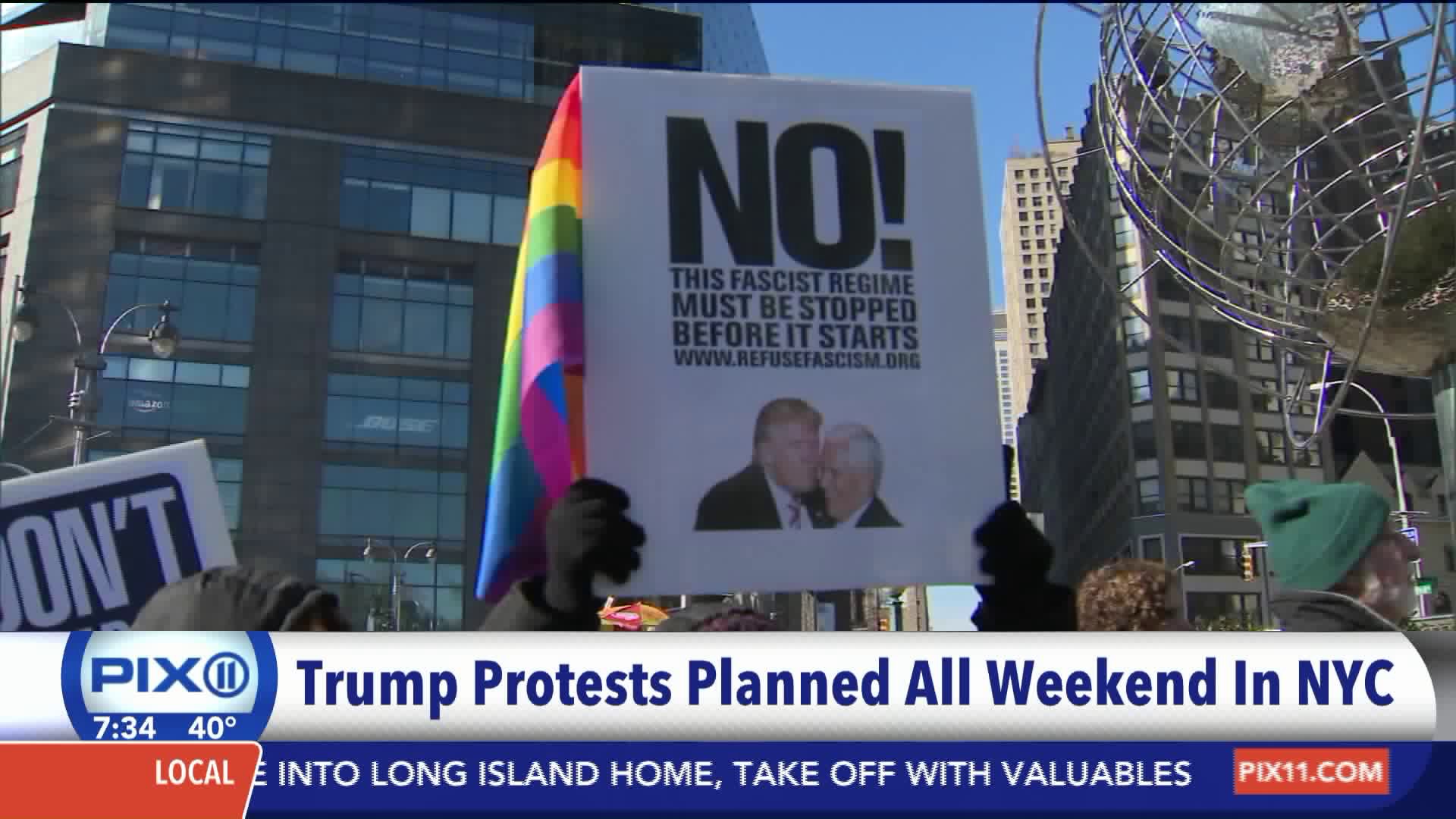 Several thousands are expected at Columbus Circle Thursday and  security preparations are being made outside Trump Hotel. It's been the site of several demonstrations since Trump was elected President.

On the eve of Trump's inauguration, the Mayor will be joined by celebrities activists and organizations for the "We Stand United" rally.

Their message is for Trump and Congress to continue working toward progress on issues like healthcare, climate change, social justice and immigrants' rights.

The Mayor, whose spoken out against Donald Trump, is leading the charge.

Other cities nationwide are staging similar events Thursday and through the weekend, with groups from the tri-state area planning on attending the Women's March on Washington.