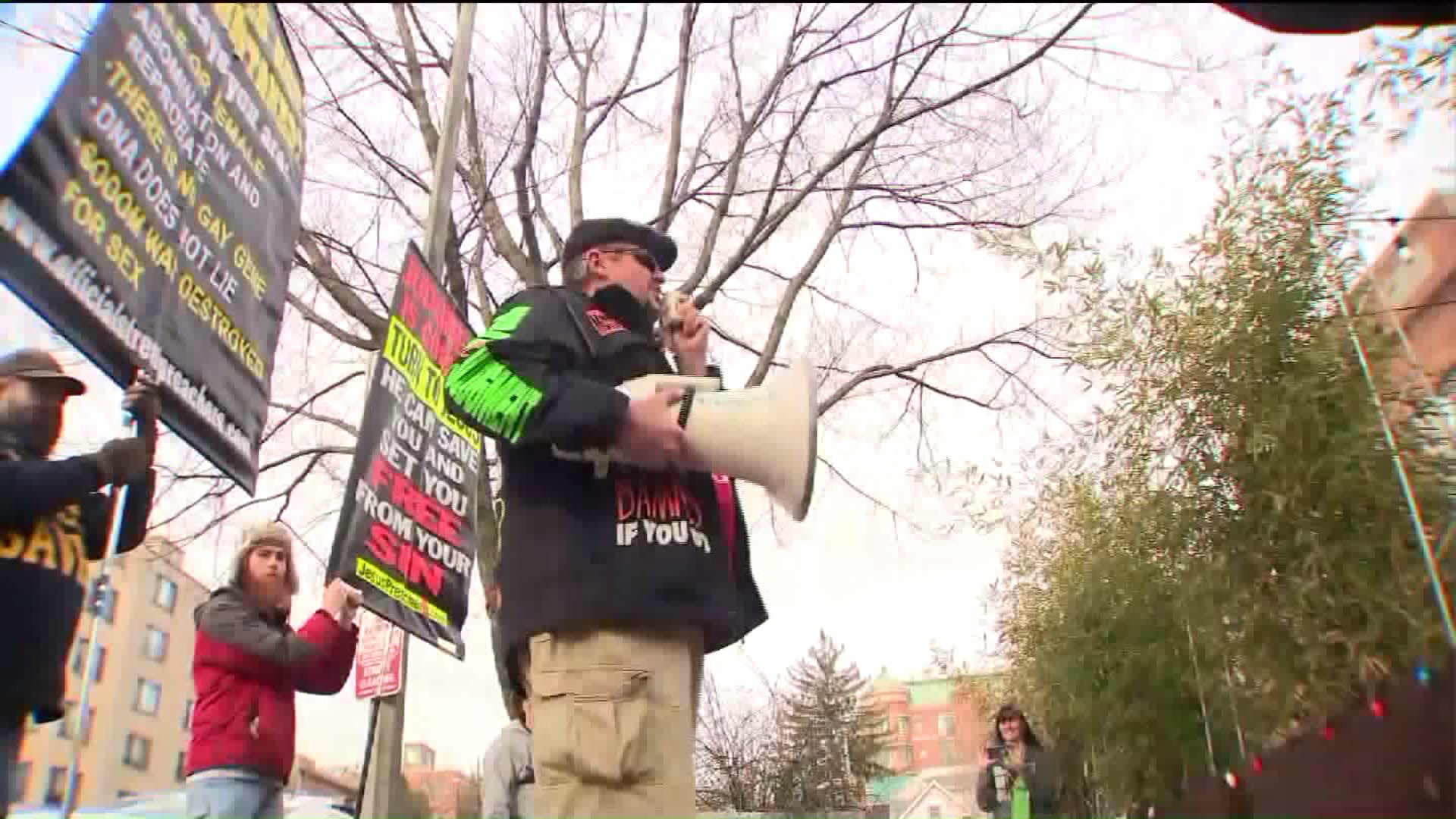 As Donald Trump is sworn into office, a record number of protests, including the Women`s March on Washington, have been planned on Friday and Saturday across the nation.

WASHINGTON D.C. — More than two dozen demonstrations, a record number, have been permitted for this week's inauguration of Donald Trump.

Some of those permits were issued to pro-Trump groups, but the overwhelming majority were for groups protesting the election of Donald Trump.

Even though Friday will be filled with demonstrations, Thursday showed that many protests are already underway.

From families flying pro-gay rights rainbow flags on the street where Vice President-elect Mike Pence, a critic of marriage equality, is living temporarily, to Trump supporters displaying homemade banners and hats, demonstrations happened at least a full day before swearing in ceremonies began.