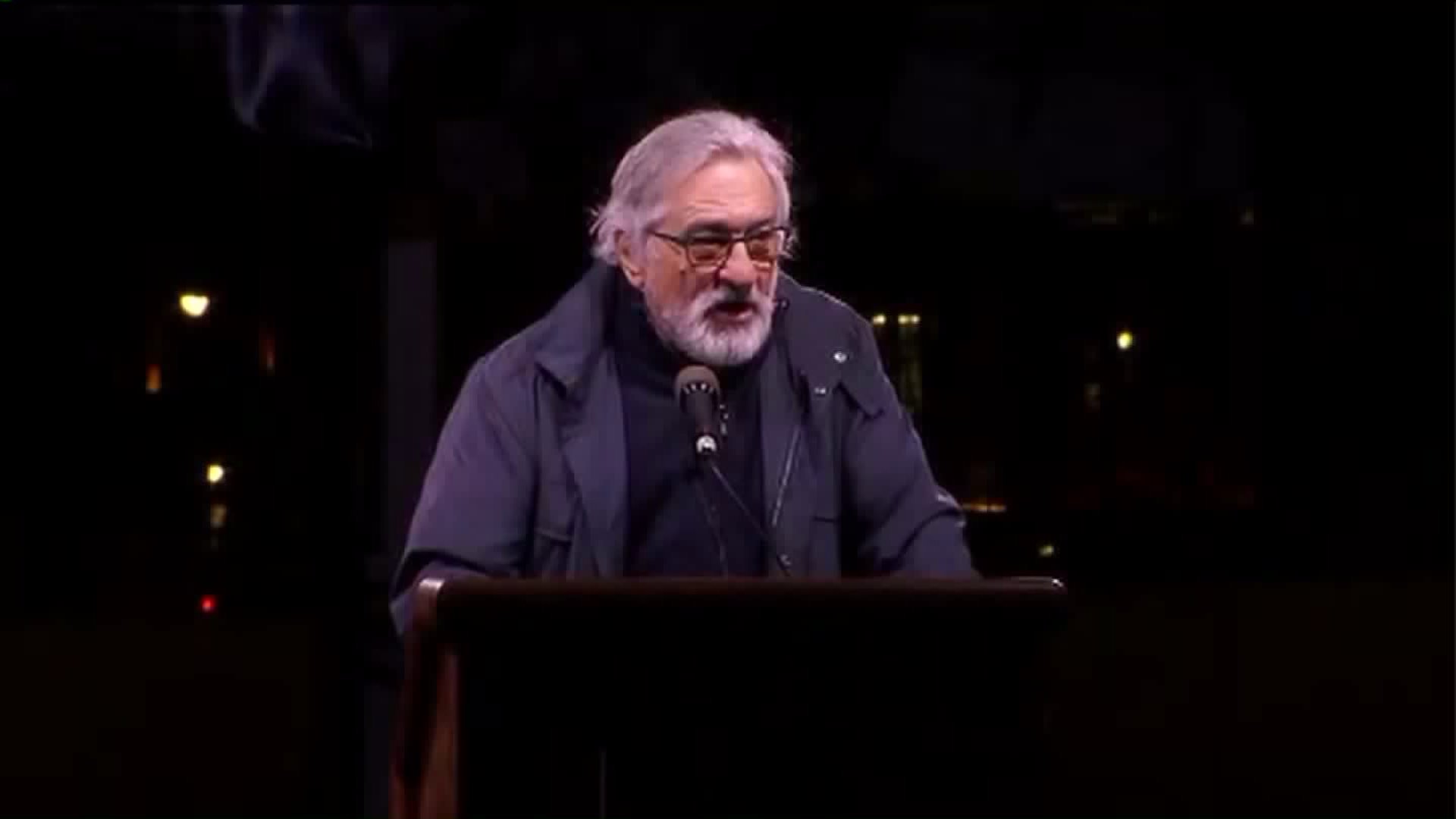 Robert De Niro, Cher and Michael Moore spoke to New Yorkers about standing up for their rights.

NEW YORK — Mayor Bill de Blasio and scores of local politicians and celebrities are gearing up to rally New Yorkers to stand up to President-elect Donald Trump on the eve of his inauguration.

Thousands are expected to meet in front of Trump International Hotel and Tower near Columbus Circle around 6 p.m.

Organizations including MoveOn.org, Families USA, Planned Parenthood of New York City will stand in solidarity to make it clear to President-elect Trump what is on the line for New Yorkers if suggested policies are implemented.

"Thousands of New Yorkers are coming together to stand up for one another, as we will do every day, to protect the values we hold dear - to fight for health care, criminal justice, immigrant rights, and action on climate change," said actor Mark Ruffalo. "We are sending a message to Washington that we will fight at every step discrimination and harmful policies, today, tomorrow, and every day."

The rally is just half a mile from Trump's home.