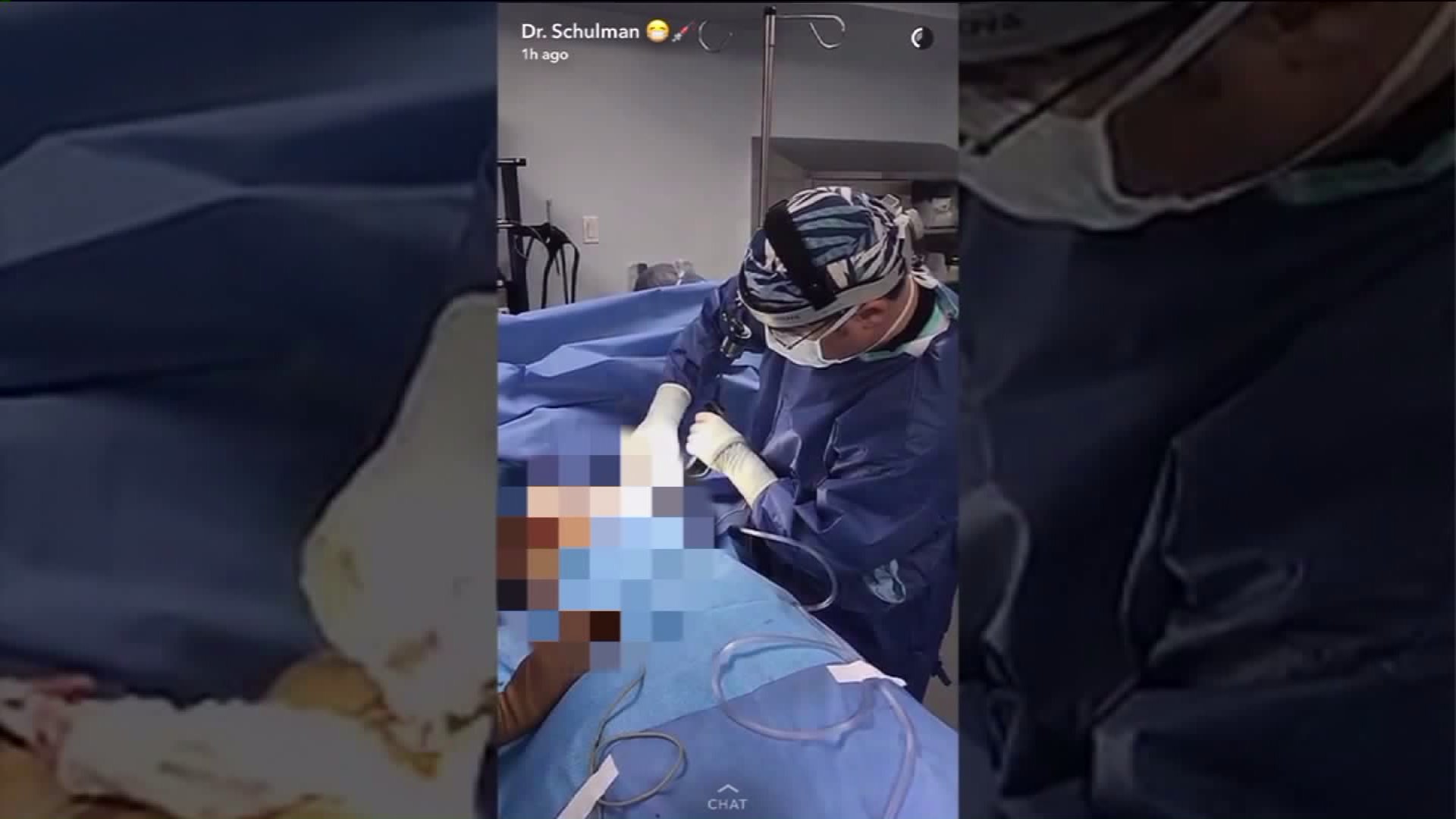 The plastic surgeon says about 85 percent of his clients already follow him on Snapchat.

UPPER EAST SIDE, Manhattan — Each day, Dr. Matthew Schulman invites millions of strangers right into his Upper East Side operating room via Snapchat.

On an average day, the doctor clocks in 3.5 million views.

“The way that I designed my Snapchat is to be like a discovery health network,” he explained to PIX11. “I want people to be educated so I’m showing them specific aspects of the surgery, talking to them like their medical professionals.”

On this day, a breast augmentation was on the agenda.

The patient – who wanted to remain anonymous – was nervous but confident she was in good hands.

“I got to see him [on Snapchat] working and saw how he was really compassionate,” the unidentified woman said.

According to him, his popularity on social media is helping turn viewers in to clients.

“Business has really boomed because what’s happening is people are watching me and then they’re coming to have surgery with me,” Schulman said. “When the patients come for a consultation 85 percent of the patients are already following me on Snapchat.

And it goes without saying: the doctor’s Snapchat stories are not for the squeamish.

While he is a hit among viewers, Dr. Schulman has received criticism from other plastic surgeons who say that the social media aspect is a distraction and unprofessional. He refutes that.

“I’m just doing what I do and the camera is really just secondary.”