Many feared dead as avalanche buries Italian hotel after earthquakes 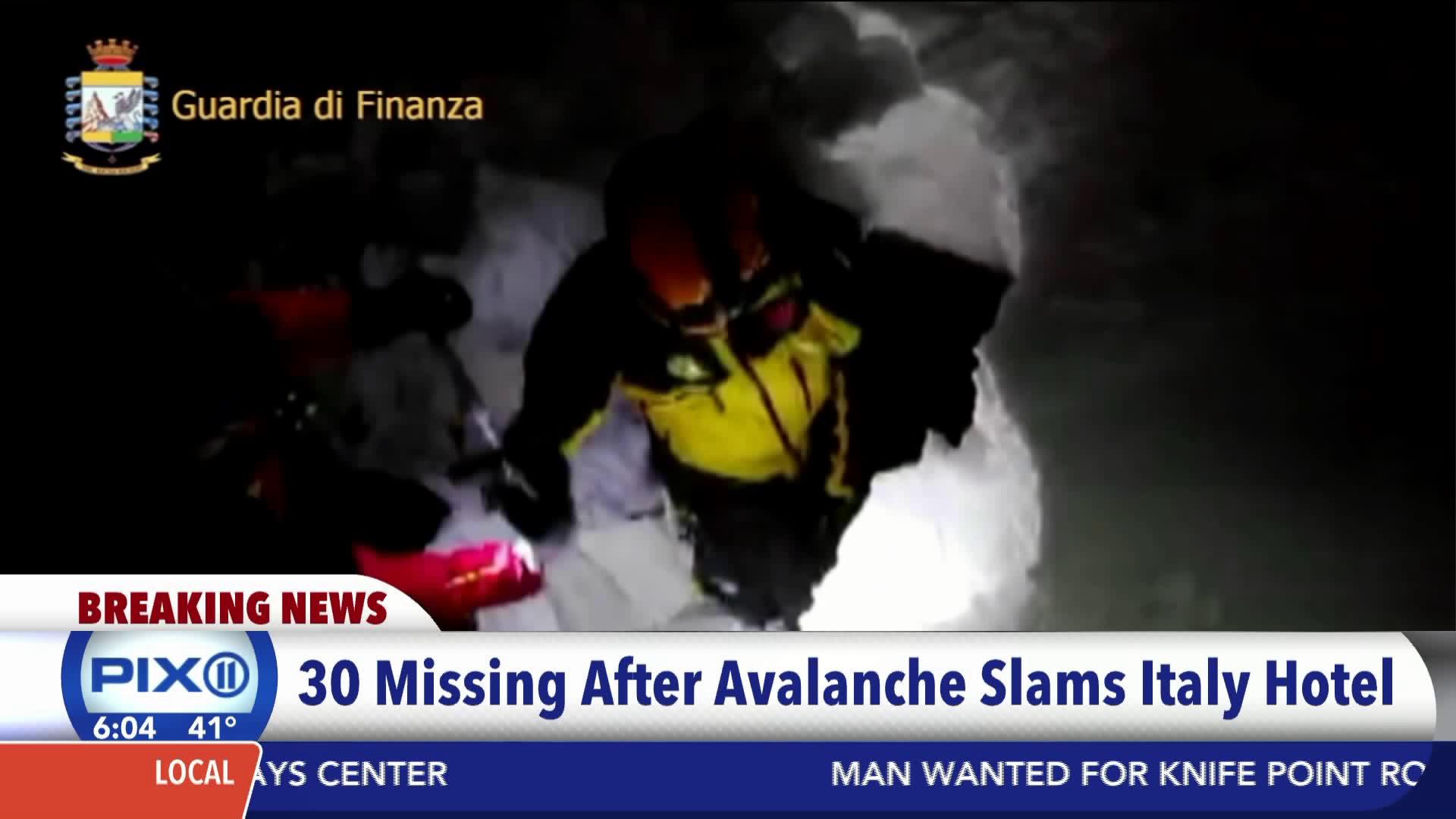 At least one person has died and many others are feared dead after an avalanche buried a hotel in central Italy following a series of earthquakes.

ROME – At least one person has died and many others are feared dead after an avalanche buried a four-story hotel in central Italy following a series of earthquakes.

An estimated 30 people are trapped inside the Hotel Rigopiano hit by the avalanche at the foot of the Gran Sasso mountain, Italy's Civil Protection Department said.

It based its estimate on guest registration and staff numbers, but said it was possible that some of the people had escaped before the avalanche hit.

The area is a popular ski destination, mostly with Italian tourists.

An elderly farmer also died in the same region of Abruzzo on Wednesday when his barn collapsed, bringing the official death toll to two.

Two others were rescued from the site of Hotel Rigopiano, the head of Italy's Civil Protection Department, Fabrizio Curcio, told journalists.

Rescuers skied for kilometers to reach the hotel, finding only the building's top story and roof visible above the snow, Italy's Mountain Rescue Service said on social media. It posted a picture of rescuers digging for survivors.

Italy's Fire Department posted a photo to Twitter, showing rescuers being dropped into the area by helicopter.

Blizzards and strong winds slowed the rescue and are still making the operation difficult.

Central Italy was rocked by more than 10 tremors on Wednesday, four of them above a magnitude of 5, according to the US Geological Survey.

An initial 5.3-magnitude quake hit in the morning near the town of Amatrice, a town devastated by powerful quakes last year. The tremors continued for more than six hours, with one as strong as magnitude 5.7.

While the epicenter was 90 kilometers northeast of Rome, the quake was felt in the capital, sending people running from buildings in a panic.

All the aftershocks have hit around Amatrice, in the mountainous regions of Marche, Lazio and Abruzzo.

Nearly 300 people died in central Italy in quakes around Amatrice in August, and the town center, once popular with tourists, was reduced to rubble.