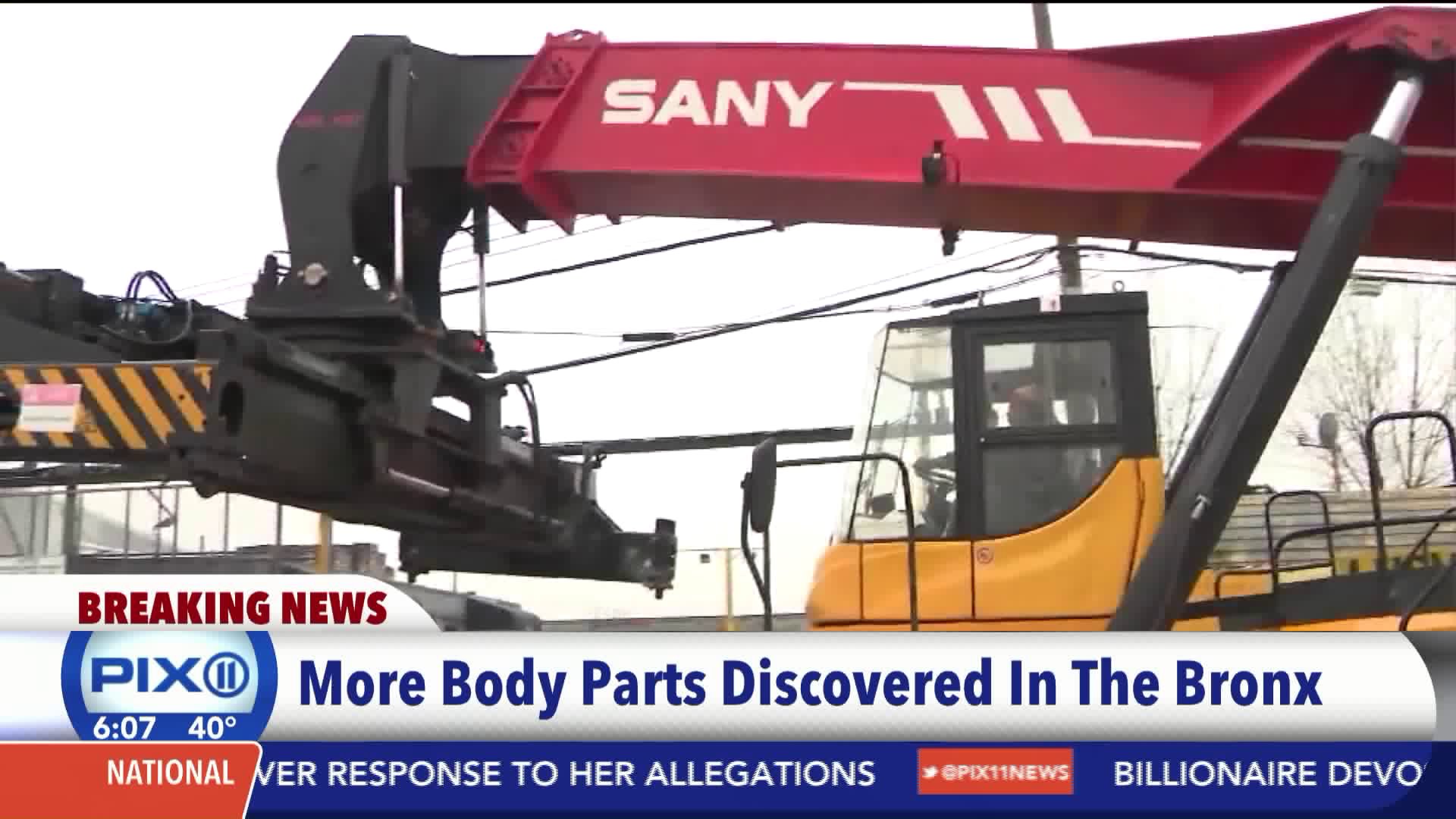 Police say they`ve recovered more body parts at a garbage transfer station in the Bronx one day after workers found a female torso and a leg.

HUNTS POINT, The Bronx – Police say they've found more body parts at a garbage transfer station in the Bronx one day after workers found a female torso and a leg.

Detectives, crime scene technicians and the medical examiner are trying to figure out how a woman's torso and leg ended up in the trash at a garbage transfer station Tuesday. They're also now combing through mountains of trash in search of the rest of her remains. It's part of a case that started in the early morning on Tuesday.

Wright and a co-worker were manning a machine that helps to load trash brought in on private hauling trucks onto tractor trailers, which then transport the garbage to landfills or incinerators.

Specifically, they saw a woman's torso and one of her legs. One of the tractor trailer drivers, Elias Rodriguez, also saw the remains.

"It's shocking that it did happen here," he told PIX11 News.

The victim's identity or age has not yet been revealed. The medical examiner will determine the cause of death.