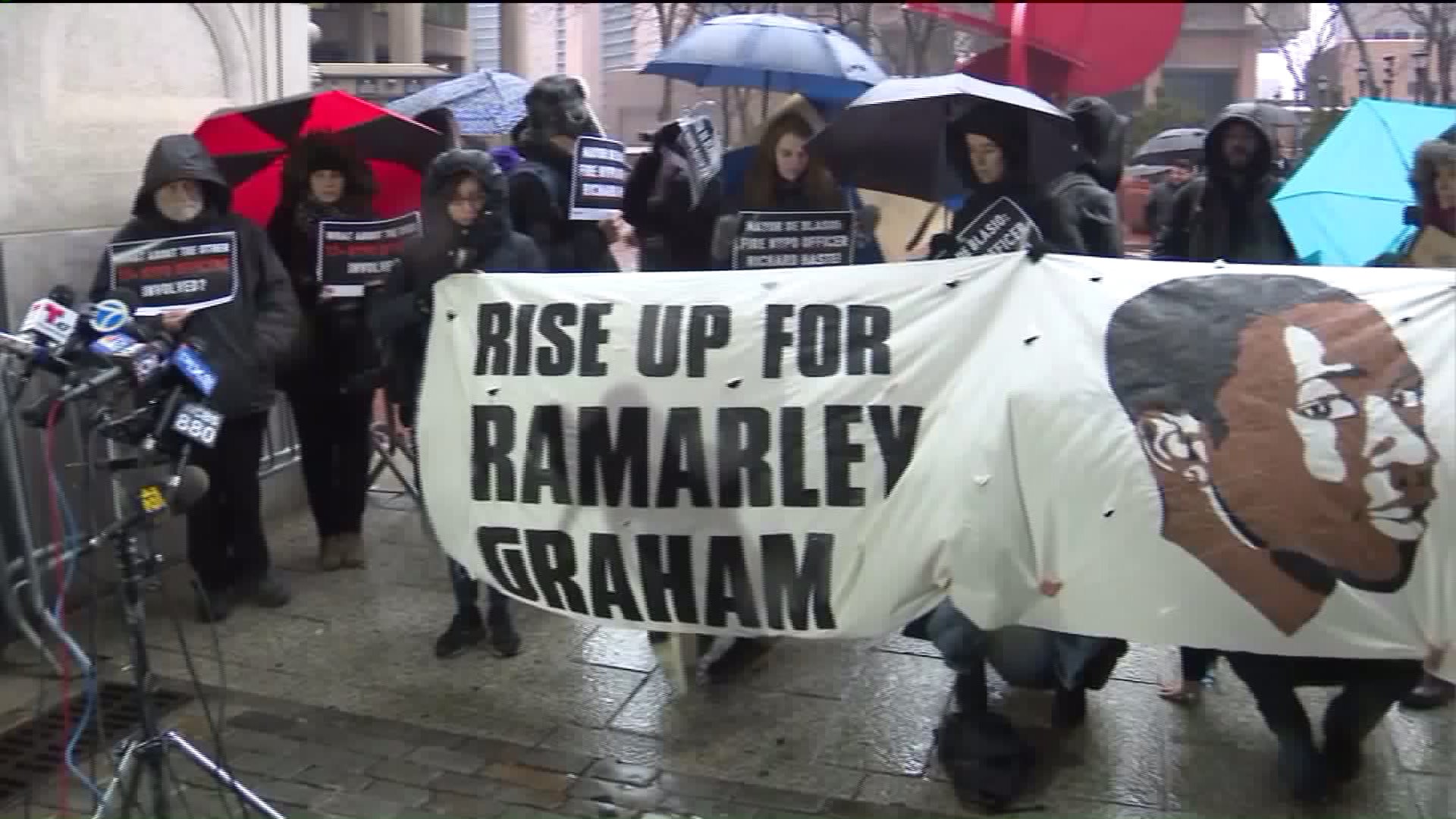 Richard Haste appeared Tuesday at an administrative court on departmental charges accusing him of failing to use proper tactics in the killing of an unarmed drug suspect in 2012.

NEW YORK — A disciplinary trial has begun for a white New York City officer in a case that was an early catalyst for outrage over police use of deadly force against black men.

Richard Haste appeared Tuesday at an administrative court on departmental charges accusing him of failing to use proper tactics in the killing of an unarmed drug suspect in 2012.

In opening statements, New York Police Department lawyer Beth Douglas said Haste failed to follow protocol and used poor judgment by forcing his way into a Bronx apartment and firing on Ramarley Graham. Other officers had reported the 18-year-old had a gun, but no weapon was found.

Defense attorney Stuart London faulted Graham for refusing orders to show his hands. He said his client opened fire only after seeing Graham reach into his waistband.

The defense called Haste a hero for trying to get guns off the street, saying he went after Graham because he suspected him of having a weapon.

Graham's mother said nearly five years after her son was killed, she felt he was the one on trial because the defense had brought up her son's prior arrests.

Still, she hopes the department does "the right thing."

The ultimate decision rests with Commissioner James O'Neill, who will be presented with the findings gathered at trial and a recommendation from the legal teams. Haste's sentencing could range from suspension to indefinite modified duty, firing or the loss of his pension.