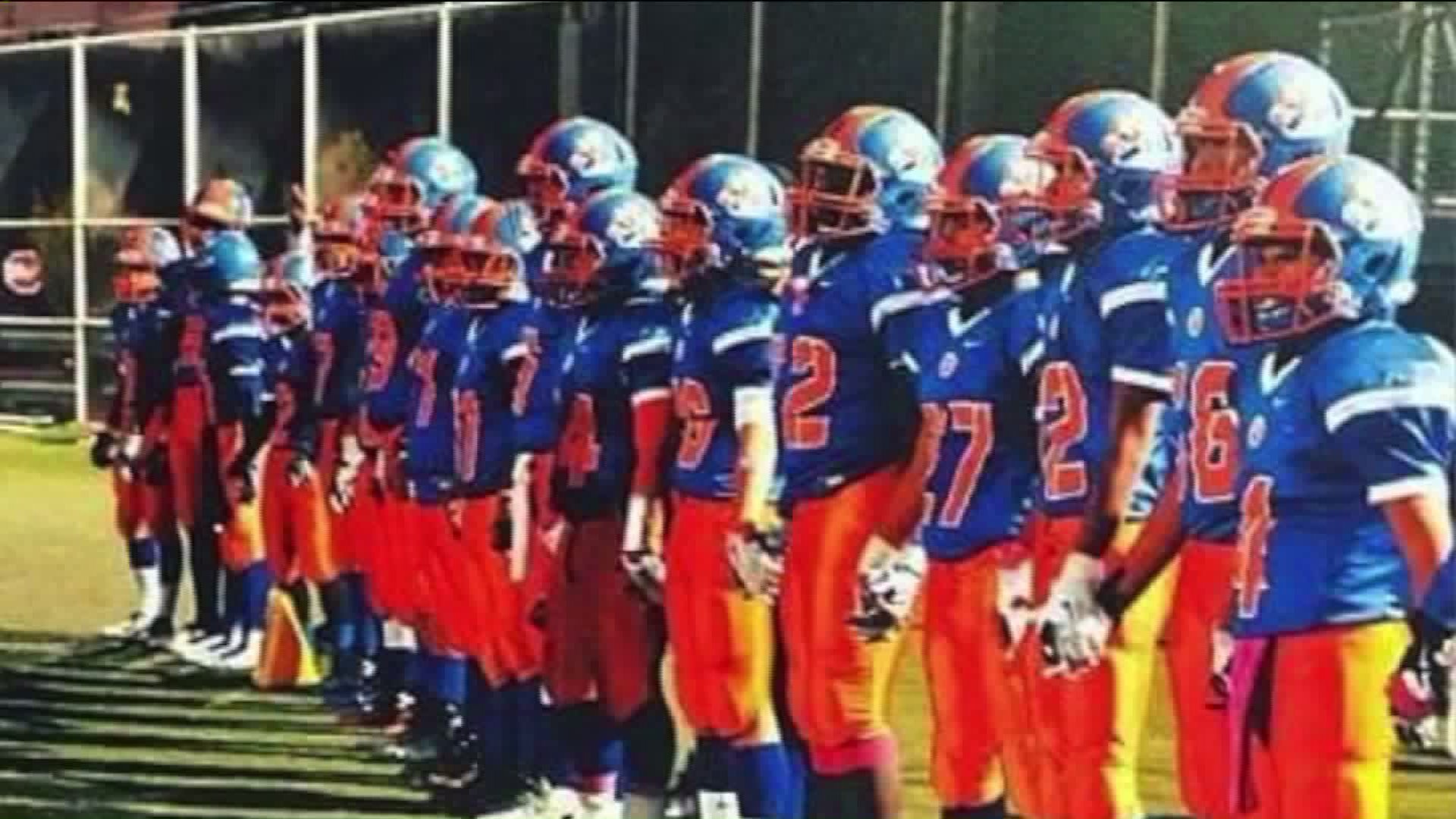 Budget cuts at a Bronx school are keeping their champion football team from celebrating their big win.

THE BRONX, N.Y. — A Bronx high school football team is struggling to properly celebrate their division championship title due to a lack of funds.

The varsity football team at Lehman High School in the Bronx defeated twelve teams to win the championship.

Their accomplishment, according to one angry mom, went unrecognized.

"Many of these boys from foster homes some of them don't know if they have a safe place to sleep at night. But they go out on that field everyday and win," said Augustine Tapia, PTA president.

Donald Hickson, 18, a wide receiver, says he thought there would at least be a small celebration.

"Many times I look in the stands, my parents aren't there. But it's a brotherhood. I love to play," said Hickson.

A spokesperson for the Department of Education tells PIX11 News, "we congratulate the team on winning the PSAL football championship and celebrate their accomplishments."

The team has tried selling candy and fundraising to raise money to buy championship rings and have a celebration. They are also planning a pasta dinner.

A GoFundMe page has been created to help the team properly celebrate.

If you have a story email Monica Morales at Monica@pix11.com.