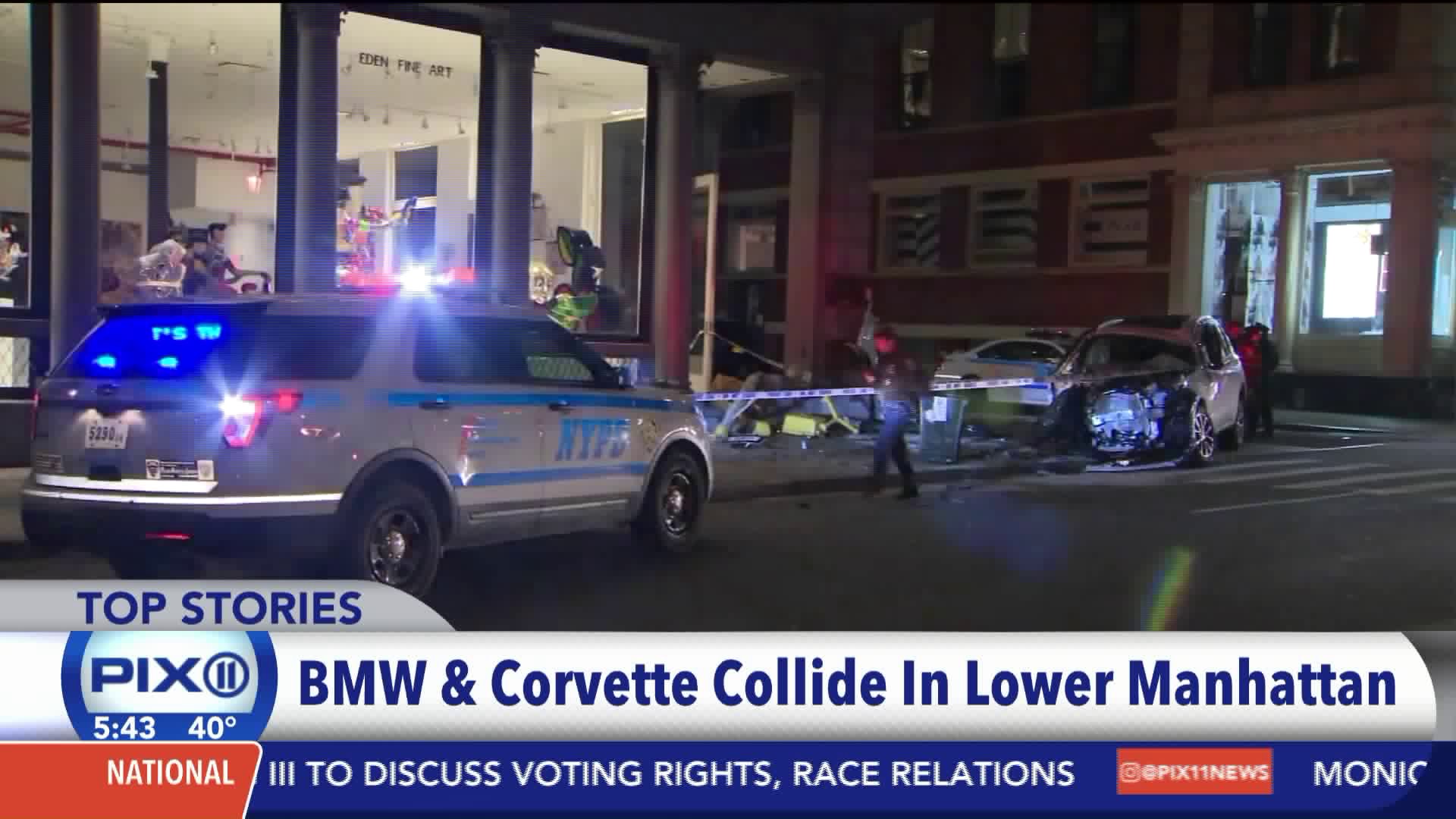 SOHO, Manhattan – A man was hospitalized after a BMW crashed into Corvette before hitting the front part of a SoHo art gallery early Tuesday, police said.

A BMW crashed into a late model Corvette before it smashed into the front door of a SoHo art gallery on January 17, 2017. (Photo: PIX11/Anthony DiLorenzo)

It happened on the corner of Broome and Greene streets around 2 a.m.

A white BMW x5 collided with a late-model Corvette driven by a 28-year-old man, and it then careened into the concrete pillar and door in front of Eden Fine Art, according to police.

The man was taken to a local hospital, where he is in serious condition.

The driver of the BMW was seen running away after the crash, police said.