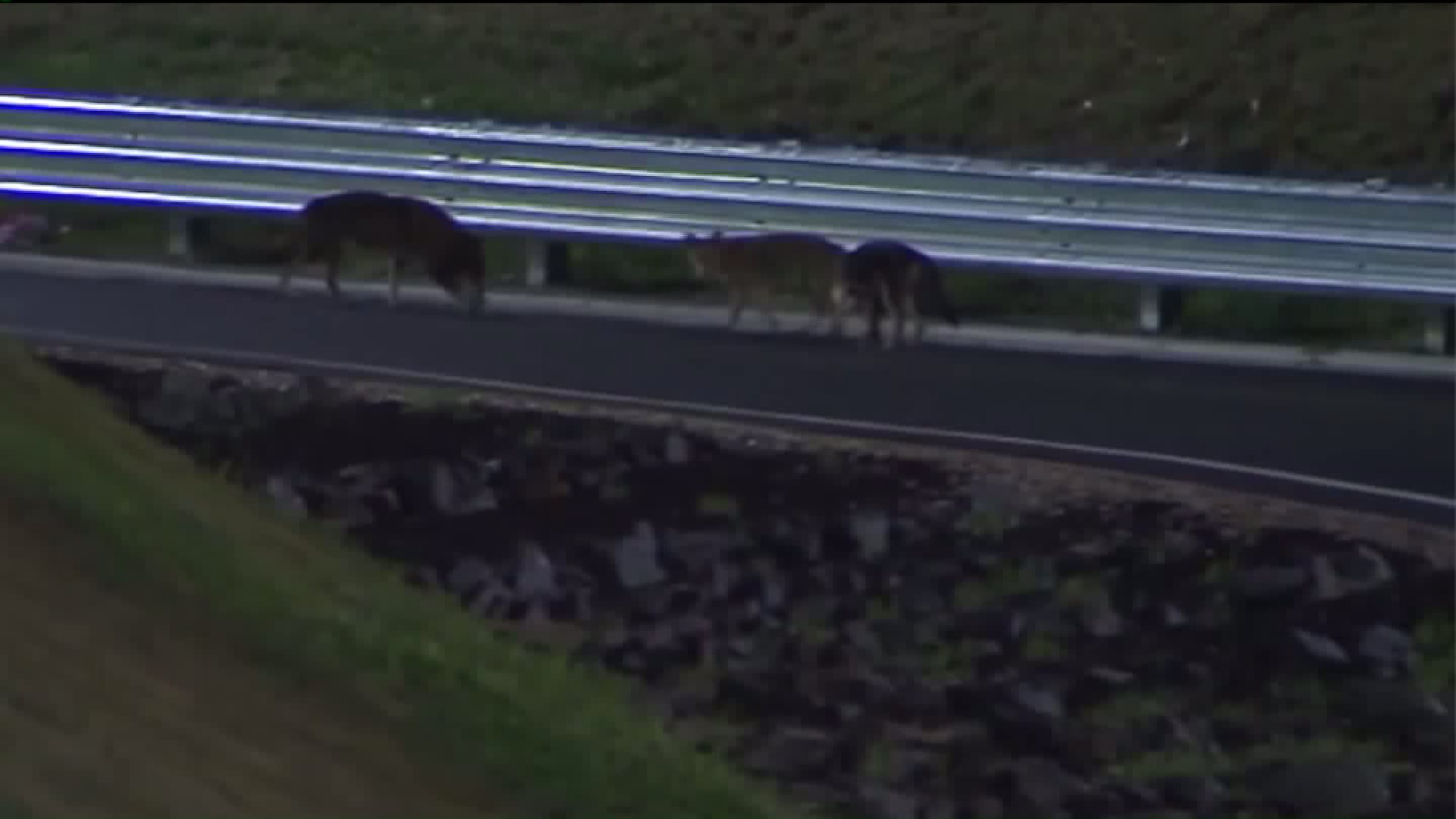 Parts of Queens are home to coyotes.

EAST ELMHURST, Queens— It used to be an open space near LaGuardia Airport, now it's an employee parking lot next to the shuttle bus garage.

But it's still home to some coyotes.

Frank Vincenti with Wild Dog Foundation says he and some volunteers have been watching the area and trying to scare away the coyotes.

They report seeing only one recently. Last week, three were traveling together, according to their observations.

The Port Authority has placed traps in the area and reports, since last fall, nine adult coyotes have been euthanized.

"Public safety comes first," said a spokesperson for the Port Authority in a statement.

"There have been multiple reports this week of coyotes threatening airport and Port Authority workers at an airport parking lot. We’re working closely with the New York State Department of Environmental Conservation, and if there is an appropriate sanctuary, we would work with DEC officials to relocate the coyotes.”