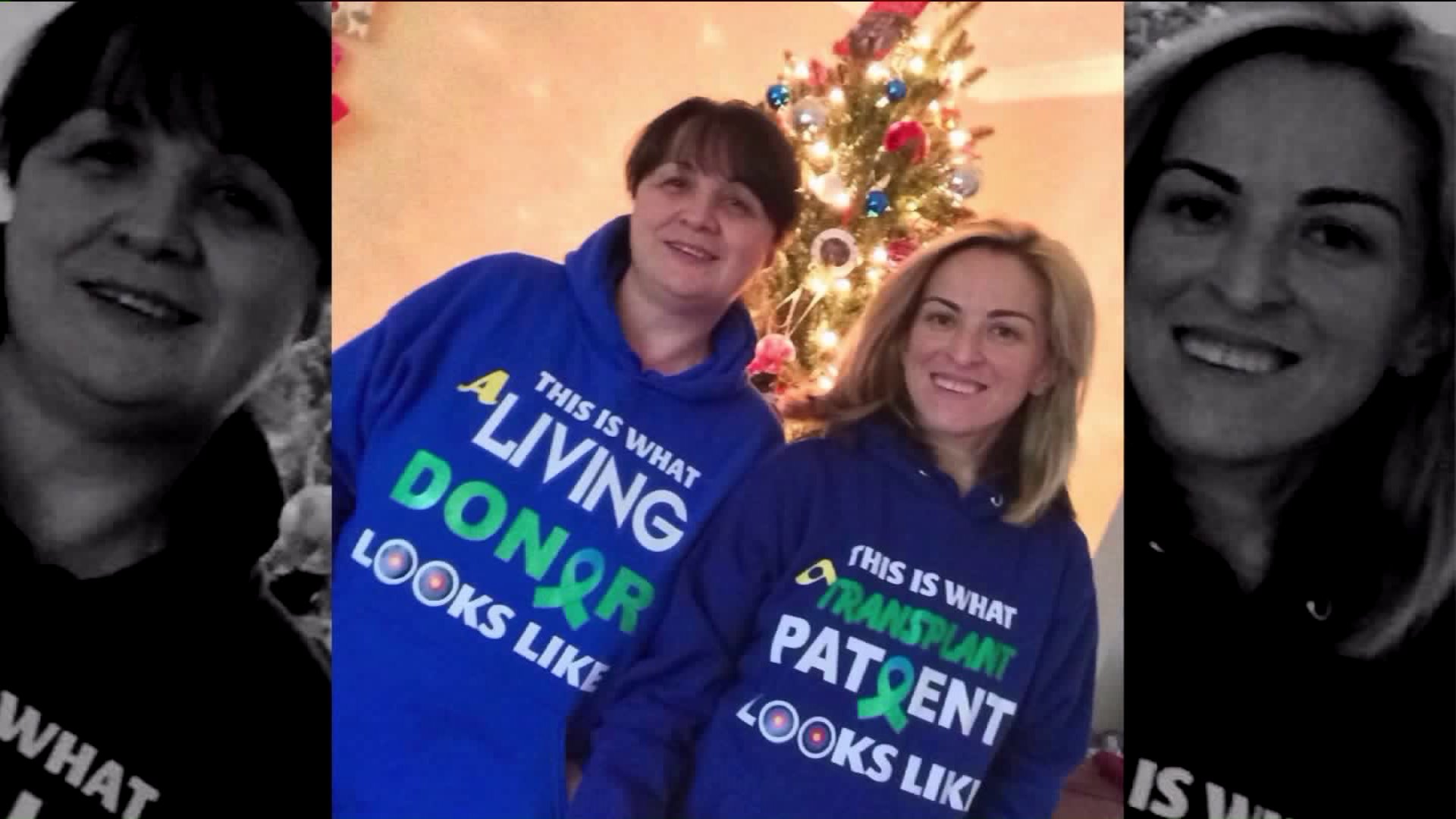 A New Jersey woman has a new kidney and a new lease on life thanks to Howard.

NEW JERSEY — It’s been a long battle for Nina Saria just to keep going. The immigrant from the Republic of Georgia has battled a rare auto-immune disease, a horrible surgical disappointment and the U.S. State Department. But now she’s won!

We first told you about Nina over the summer. The disease all but destroyed her kidneys. She wound up on dialysis three times a week.

She’d found a transplant donor on Craigslist, but when she woke up from that she thought would be lifesaving surgery she learned the doctors couldn’t do the transplant. They’d found a medical problem with the donor.

Then it turned out her mom, who was living in the Republic of Georgia, looked like a perfect match. But the State Department denied her mom a tourist visa so she could come to the U.S. and save Nina’s life.

State apparently was afraid her mom, Nana, would stay here instead of going back home. That was the case even though Nana was a nurse who had friends and a life back in Georgia.

When Nina contacted us, we couldn’t believe it. So we contacted the State Department. Nana tried again -- and she was rejected again, for a total of three rejections when all she wanted to do was save her daughter.

So we contacted the office of Sen. Robert Menendez, D-NJ. They got to work on it and Nina said the Menendez staffers contacted her frequently just to see how she was holding up.

Menendez did an end run around the obstructionist State Department. He went to Homeland Security in an effort to get them to grant “humanitarian parole.” That’s the right for someone to enter America temporarily for an emergency or humanitarian purpose.

“She should have actually qualified for the visa but she didn’t and so we turned to humanitarian parole as a way to convince them that we have the life of a United States citizen at stake here,” he told us.

The move worked. Nana came over and on Dec. 1 and Nina underwent a successful transplant. Both mother and daughter were out of the hospital in a few days and about a month later Menendez came to visit to see how well they were doing.

“I just feel so good. I feel, my heart is full of happiness," Nina said. “Just happy that I’m here, I’m alive and I have a third kidney.”

That’s right. Doctors did not remove Nina’s other kidneys. They just placed the new one in the right frontal area of her abdomen.

Now Nina can hug her second-grade son Nicholas without the obstruction caused by a port in her chest that aided dialysis. And, as she put it, “I’m just back to being Nina again.”

We asked Nana what she thought of the U.S.. She gave us an answer that sums up the whole ordeal.

Nina translated from Georgian for us:

“She said that in Georgia they say America is a country where dreams come true and my dream came true and I’m very happy that I’m the happiest mom in the world that I could donate a kidney to my daughter.”

Healthy people can live just fine with one kidney. And there’s a big backlog of people like Nina who need a transplant. If you’d like to find out more about kidney donation, email me at howardshelpers@pix11.com.