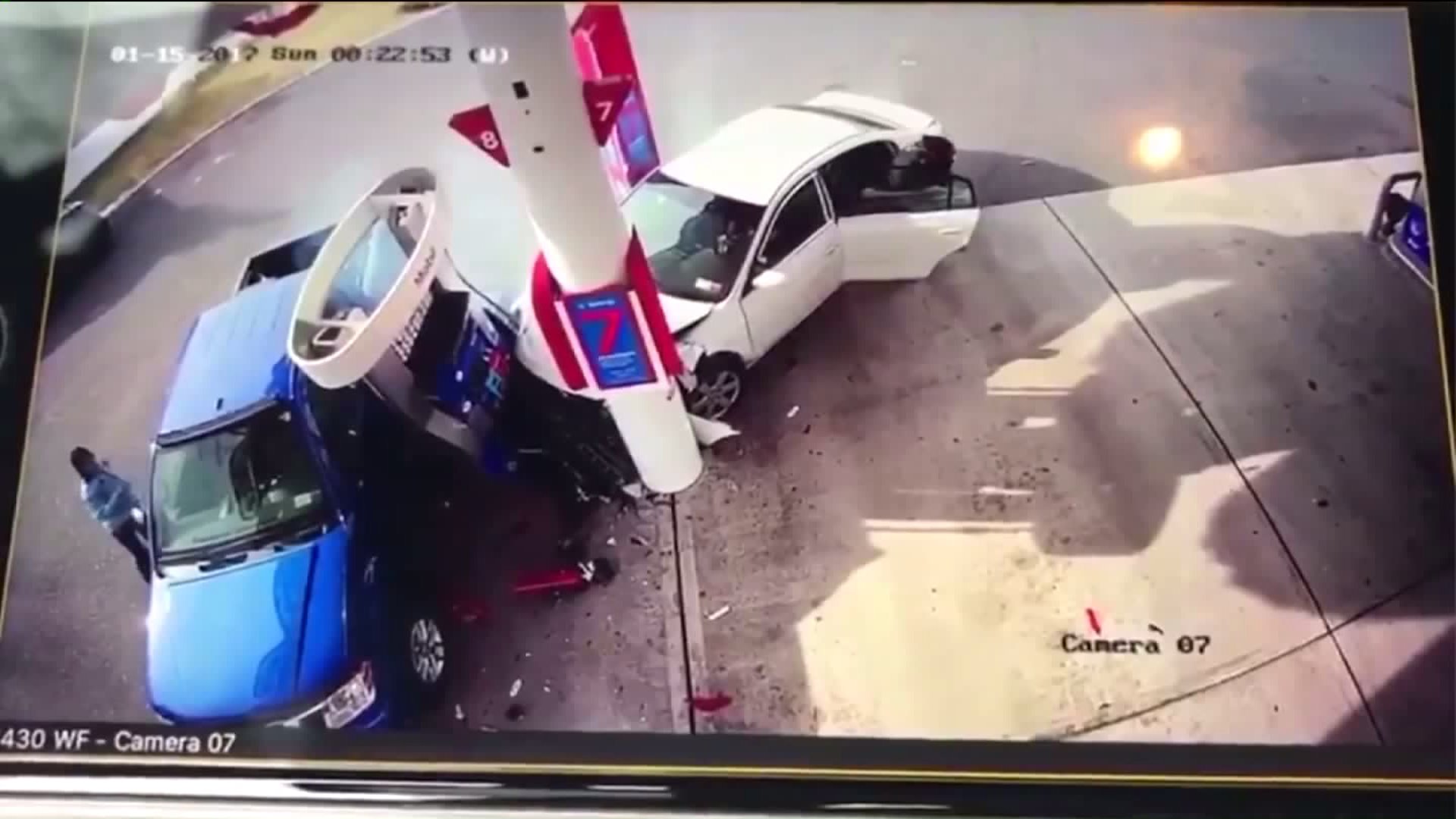 The woman was pinned to her car by the gas pump.

SHIRLEY, N.Y. — A Long Island woman died from her injuries Sunday after she was pinned between her car and a knocked-over gas pump.

Rosalie Koenig, 62, was pumping gas in Shirley Saturday morning just before noon, Suffolk County Police said. Koenig was pinned against her car when another woman, 53, knocked over a gas pump when she tried to pull into the station.

She was wedged against her car until paramedics were able to free her and rush her to Brookhaven Memorial Hospital Medical Center for treatment to serious injuries, police officials said. Koenig was later transferred to Stony Brook University Hospital where she died.

Renee McKinney, the woman who knocked over the gas pump, was arrested for driving while impaired by drugs. McKinney was taken to the hospital as a precaution. A 33-year-old passenger in McKninney's Nissan Altima was uninjured.

McKninney is scheduled to be arraigned Monday in First District Court.