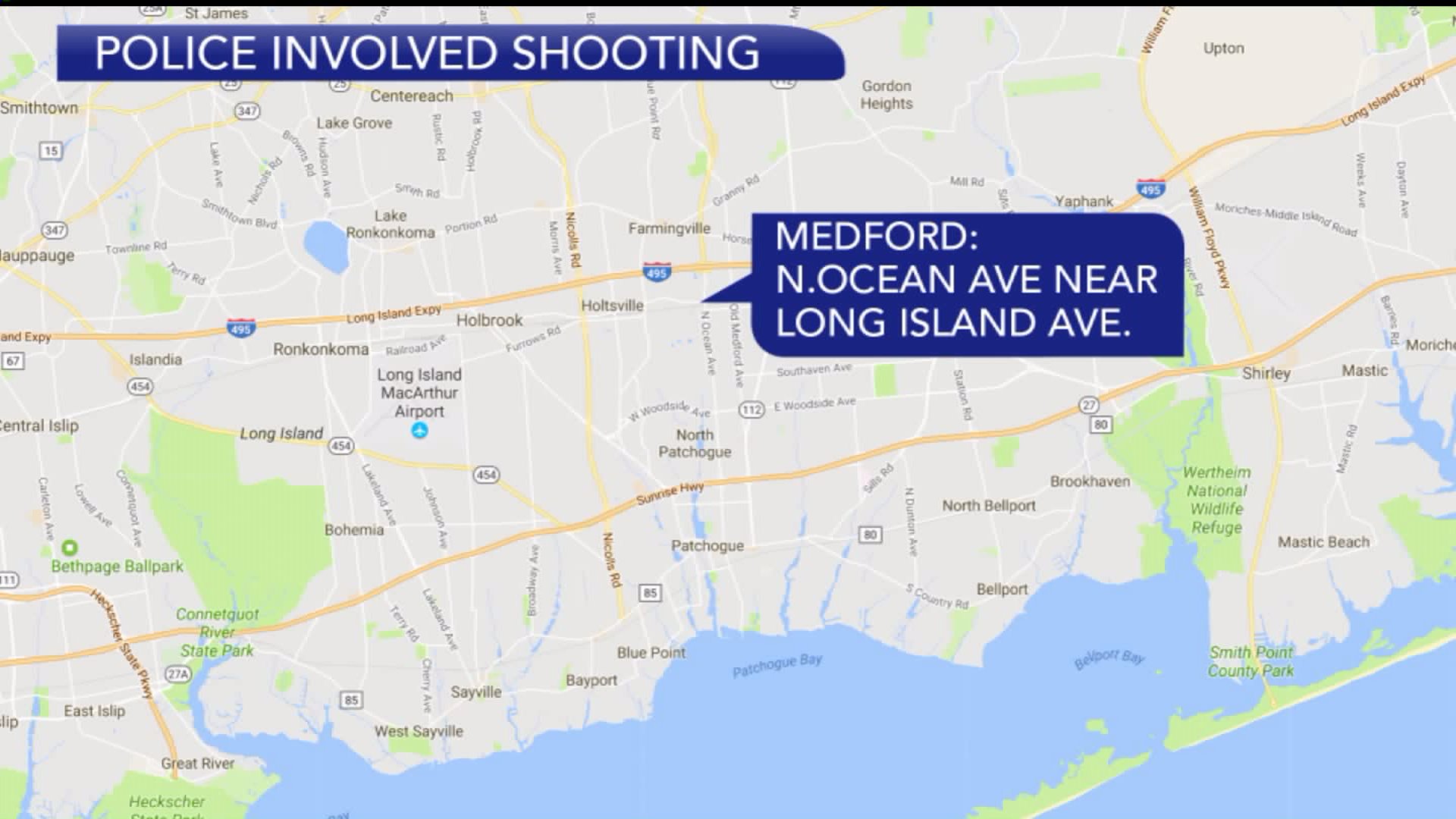 A driver being pursued for driving while intoxicated was shot by police.

MEDFORD, N.Y. — A driver who was being pursued for a DWI was shot during a police chase early Sunday morning after he refused to comply with the officers' commands, police said.

The chase began around 2:45 a.m. in Medford at North Ocean Avenue, south of Long Island Avenue. The driver, 34, was being pursued for a DWI, according to police.

Once the driver pulled over, he did not comply with officers' commands and resisted arrest. An officer fired once at hit the driver in the shoulder.

He was taken to a nearby hospital in stable condition.

The driver has not yet been identified.