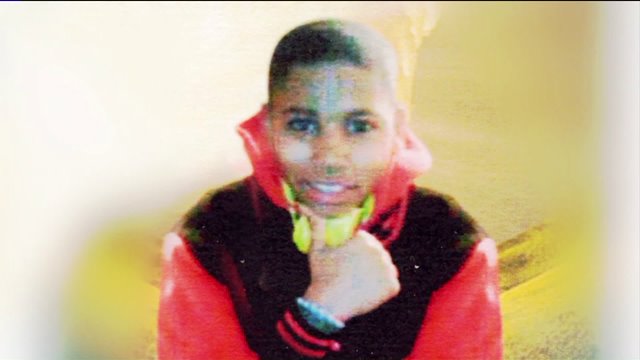 The charges filed Friday against Officers Timothy Loehmann, Frank Garmback and William Cunningham include a use of force violation as well as administrative violations such as untruthful reports or employment histories.

Loehmann is accused of lying on his Cleveland police application and Garmback faces possible sanction for the way he drove the car up to the scene where 12-year-old Tamir was shot.

The officers could be suspended or fired if found guilty of the charges.

Loehmann shot Tamir on November 22, 2014, after he and Garmback responded to a 911 call claiming a person was pointing "a pistol" at people.

Loehmann, a trainee, shot at Tamir, who was carrying an air pistol, within moments of arriving at the scene.

"They don't need to be police officers terrorizing the city," she told CNN affiliate WJW.

A grand jury in 2015 decided not to indict Loehmann and Garmback on criminal charges, and a federal wrongful death case filed by Tamir's family against the city was settled in April 2016.

The Cleveland Police Patrolmen's Association issued a statement regarding Loehmann and Garmback, saying it is reviewing the charges in detail and will prepare defenses as necessary.

"There is no question, and there has never been, that the death of Tamir Rice was tragic," the statement reads.

"Nevertheless, all agree that Officer Loehmann was not wrong in reacting the way he did. It appears that the actual charges are created to discipline him, and perhaps discharge him, despite the fact that he did nothing wrong that day."

The association called the charge against Garmback "disappointing."

The third officer, Cunningham, was off-duty and working security at the recreation center at the time of the shooting, Cleveland Chief of Police Calvin Williams said Friday. His charge letter indicates the second job was not approved.

Cunningham is also accused of lying on a report about the shooting.

The officers are scheduled to have pre-disciplinary hearings January 30 with the Cleveland director of public safety and will have an opportunity to defend themselves, according to the charge letters.