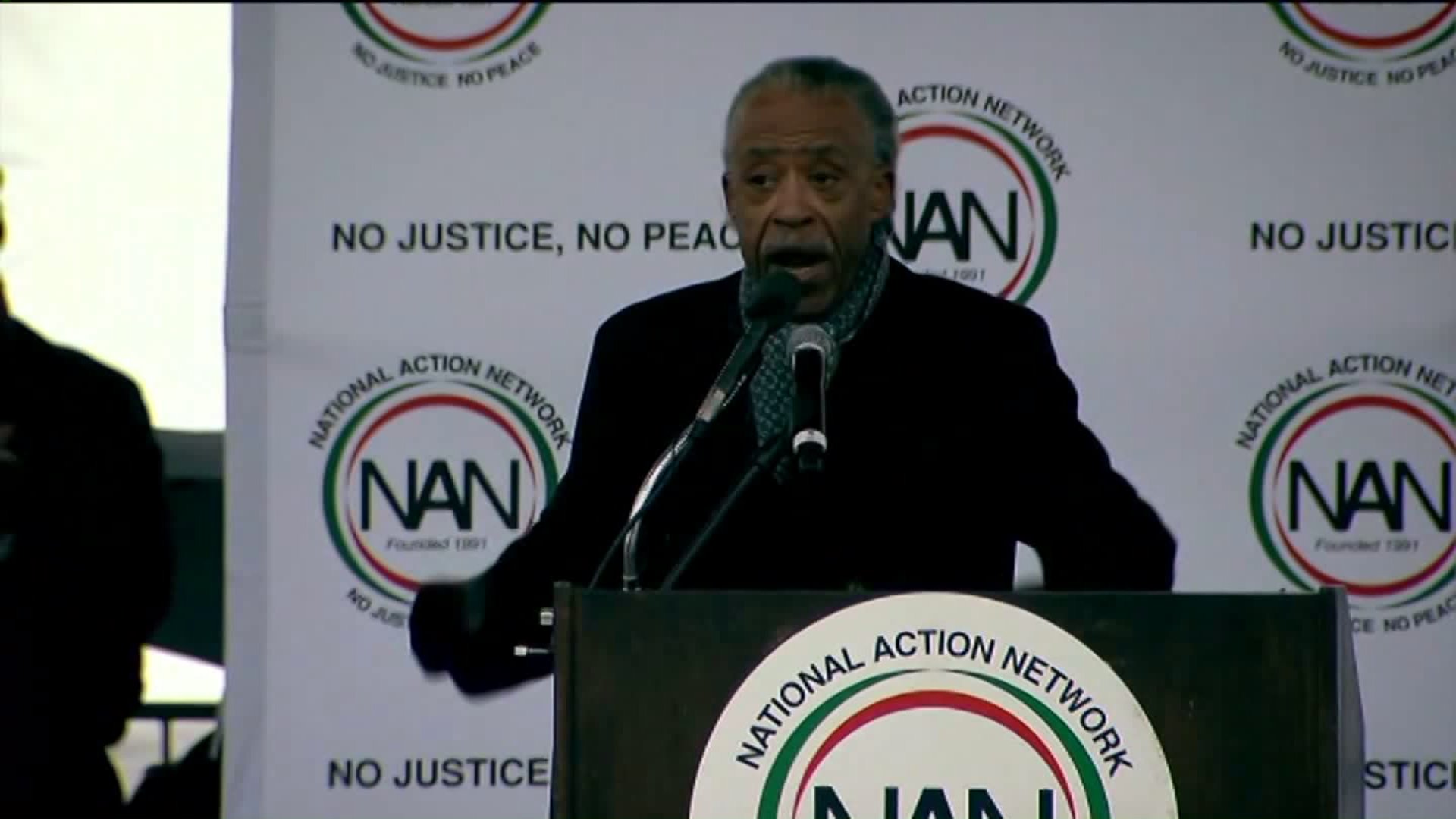 WASHINGTON — Despite rain and cold weather, marchers filled several blocks in Washington as they rallied in a Martin Luther King Jr. Day march that was at times also a rally against president-elect Donald Trump.

Civil rights leader Rev. Al Sharpton had organized Saturday's "We Shall Not Be Moved" march and rally ahead of Monday's Martin Luther King Jr. Day holiday. But Trump, whose inauguration will take place in less than a week, was also on marchers' minds.

Holding umbrellas and bundled against temperatures in the mid-30s the crowd chanted "No justice, no peace" and "We will not be moved" but also "We will not be Trumped" and "Love Trumps hate."