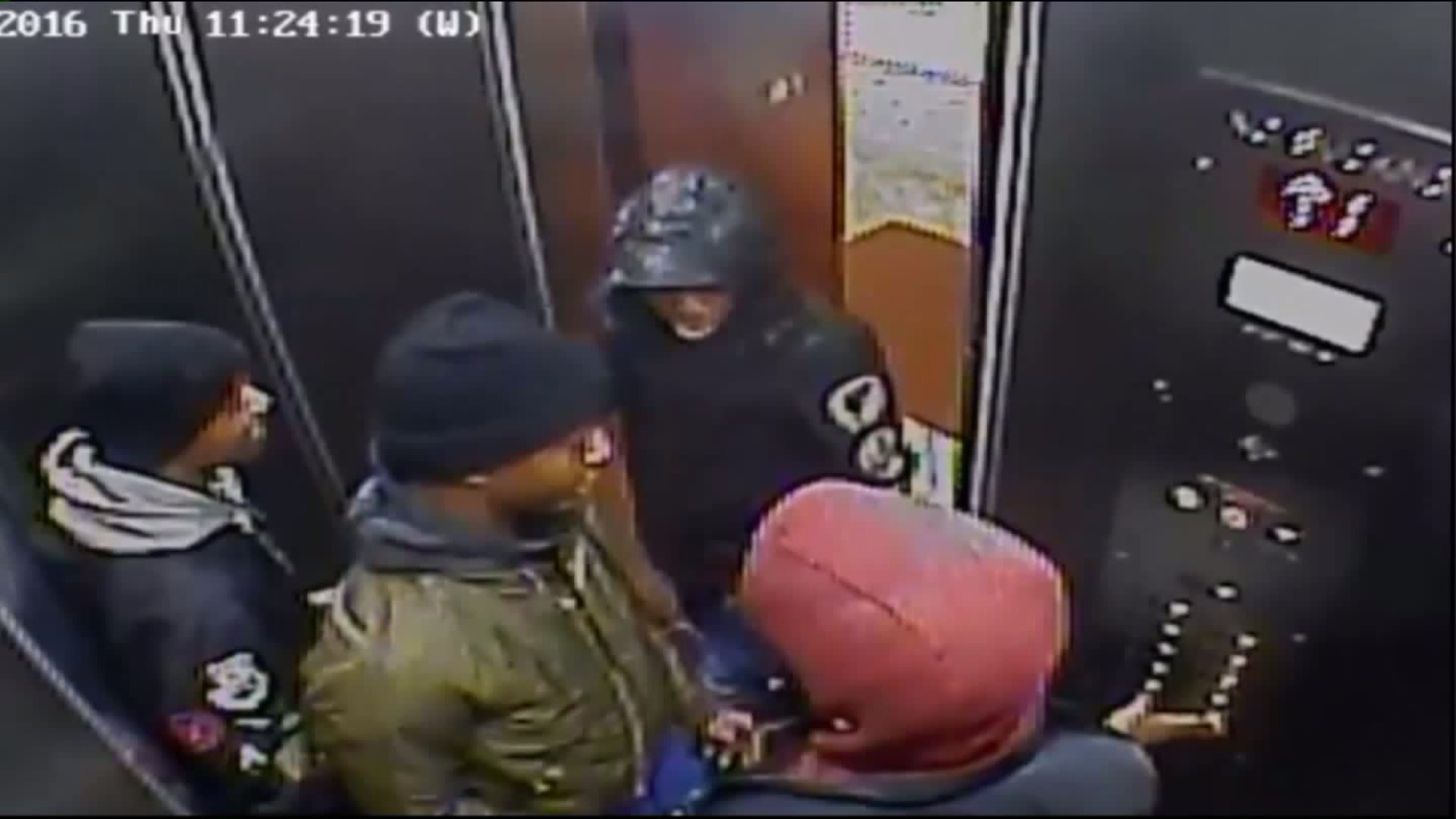 The deliveryman was beaten and robbed over fried chicken.

BEDFORD-STUYVESANT, Brooklyn — Five men are being sought after he allegedly injured and robbed a food delivery person in December with several other people.

On Dec. 8, the delivery person was making a stop on the 200 block of Herkimer Street around 11 p.m. when several people approached him and allegedly demanded the food he was delivering, according to police.

All suspects involved are described as being male and between 16 and 20 years old. They're between 5-feet 2-inches and 5-feet 7-inches tall.

Surveillance video obtained by police shows the group getting into an elevator.