NYPD Det. Steven McDonald spoke to the powerful and the weak from his wheelchair, family priest says 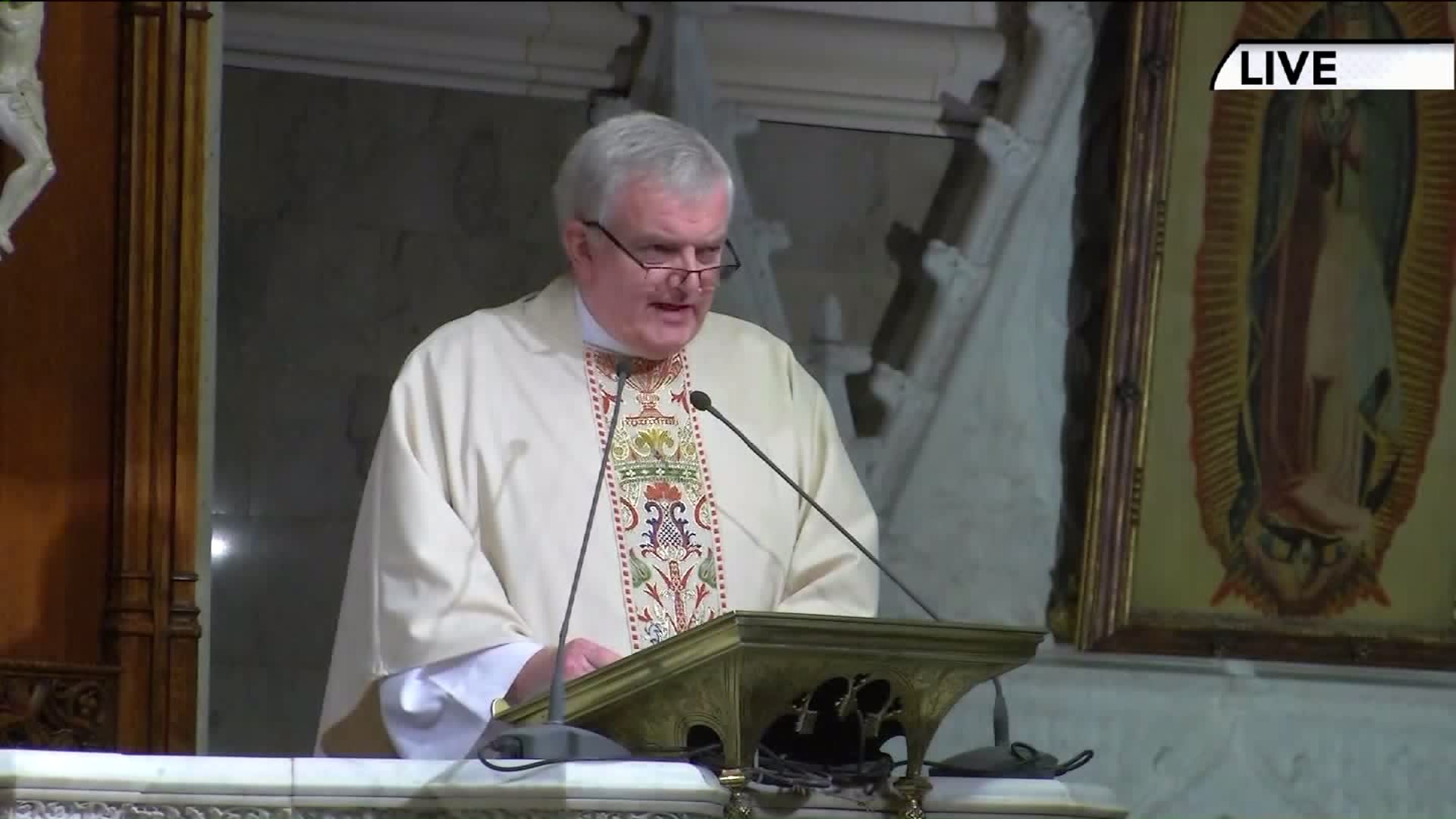 Det. Steven McDonald, paralyzed for 30 years from a shooting on the job, spoke to the powerful and the weak from his wheelchair, a family priest says.

MANHATTAN — In a stunning homily at the funeral Mass for Det. Steven McDonald, Msgr. Seamus O'Boyle spoke eloquently of a paralyzed man who rocked along to The Who, met the powerful and the weak in his wheelchair, and showed how only love could conquer hate.

"Steven loved life," O'Boyle, a cousin of McDonald's widow, Patti Ann, told a packed St. Patrick's Cathedral on Fifth Avenue, where Mayor Bill de Blasio, first lady Chirlane McCray, and Police Commissioner James O'Neill attended the Roman Catholic Mass with thousands of uniformed officers. "In the midst of life, there is always death. He was ready to meet the Lord."

O'Boyle was summoned from Ireland last Friday, when the 59-year-old McDonald,  who needed a respirator to breathe for 30 years, suffered a massive heart attack in his Malverne, Long Island home.

O'Boyle said Mass at McDonald's hospital bedside last Saturday, as the detective remained on life support. The family made the decision to remove McDonald from life support on Tuesday.

O'Boyle remembered that McDonald initially lost his ability to speak after he was shot in the spine and left paralyzed from the neck down on July 12, 1986.

But that changed when McDonald received treatment in Denver, Colo. and called O'Boyle.

"And there was this voice on the other end of the phone," the priest recalled. "Steven was given back his voice."

That voice delivered a message of forgiveness for the teen who shot him, — and of hope for peace in places like Northern Ireland and Israel.

The priest joked that Steven would get annoyed with "knucklehead" referees, when his only child, Conor, competed in sports.

And O'Boyle then made reference to the rock band The Who, a favorite of McDonald's.

"He had a great Christmas Day," O'Boyle said.

He noted the scripture reading for this day in January was about the paralyzed man who was carried to Jesus, and he "thanked" Steven McDonald for giving him good material for his homily.

"Even though our hearts are broken," Msgr. O'Boyle said, "Steven, we give you back."