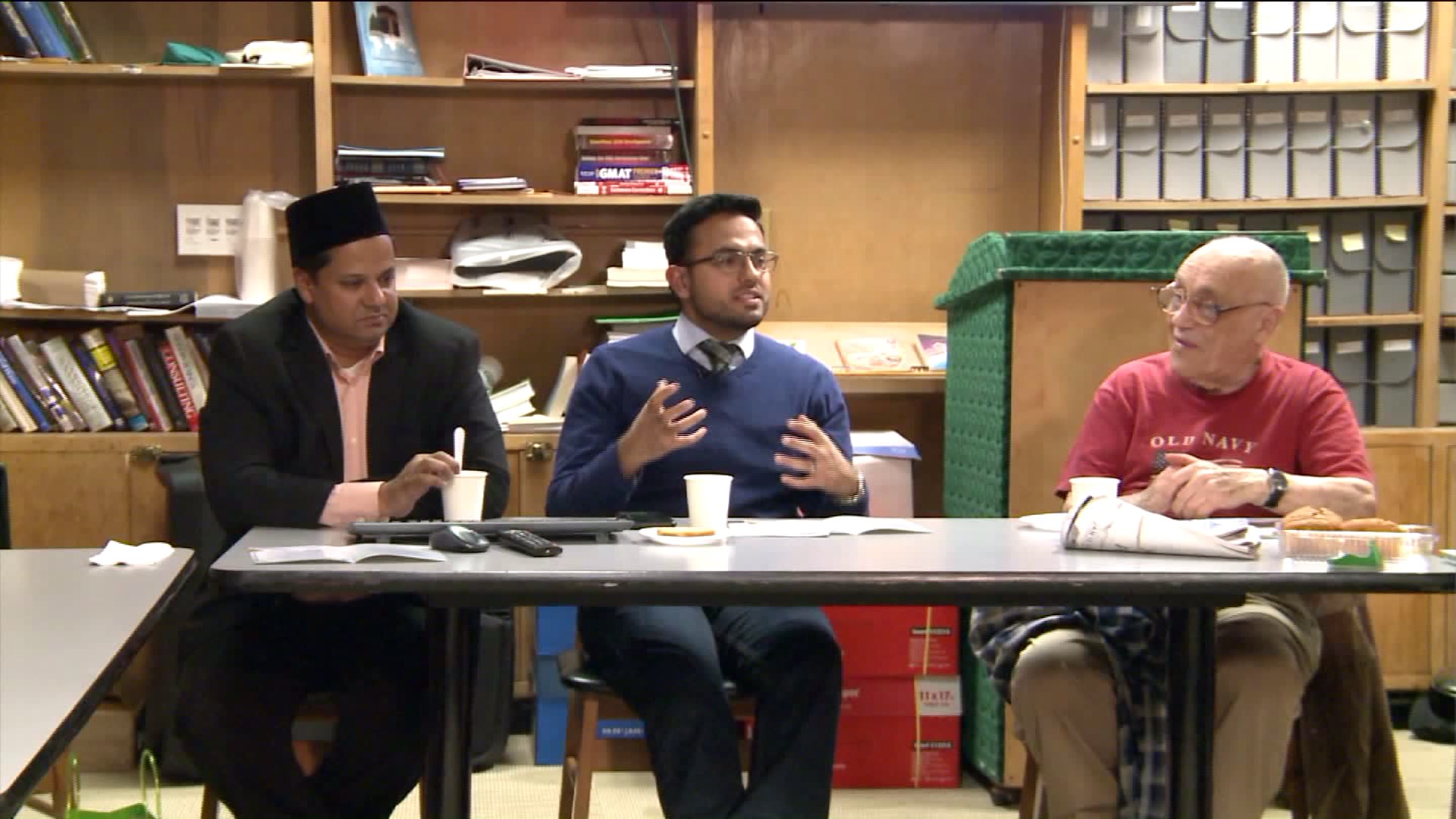 Survey says 60 percent of Americans do not know a Muslim person, and this organization is trying change that

HOLLISWOOD, Queens — A campaign is aiming to inform and fight Islamophobia through weekly meetings at coffee shops and mosques.

On a mild Thursday evening, a small group gathered inside a mosque in the Holliswood section of Queens. The room was filled with all ages, from teachers to rabbis and even a law student.

Coffee and cake were on the menu. The topic of conversation: Islam.

The weekly meet-up is just one of many happening across the country.

Starting out as a grassroots movement on social media, the True Islam campaign aims to extend a hand of understanding to non-Muslims by debunking falsehoods and misinformation about the faith.

It offers up knowledge instead of fear.

“We’re having a conversation every single day with hundreds of people about what Islam actually is,” Salaam Bhatti, national spokesperson for True Islam, told PIX11 News. “People are coming in hating Islam [and] will go away leaving, having made a Muslim friend.

Bhatti, a call to action to the Muslim community from President Barack Obama following the San Bernardino terror attack in December of 2015, launched their movement.

“There is a failure in Muslim leadership and we need to get to Muslims and non-Muslims to let them know what Islam’s true teachings are,“ Bhatti explained.

At meetings, leaders break down 11 points of Islam, designed to distinguish true Muslims from extremists.

On this night, Queens native and Rabbi, Edward Klein was on hand, bringing with him curiosity and an open mind.

“They’re peaceful, they’re outreaching and they’re accepting of other people into the community,” Klein said, describing what he thought was his biggest take-away from the meeting.

“One of the biggest misconceptions about Islam is jihad,” Bhatti said. “And that Islam is a religion built on terrorism and evil. This is not a core teaching of humanity and Islam loves humanity - Islam loves justice.”

According to a Pew Research Survey, over 60 percent of Americans do not know a Muslim, perpetuating stereotypes and misinformation about Islam which is prevalent on the internet and was uncovered at a recent meeting.

“There was one of our guests, he came and had a lot of disgusting things to say about prophet Muhammad based on a YouTube video he saw,” Bhatti recalled. “We explained to him that Prophet Muhammad is our role model and he’s a role model because he practiced justice, equal rights whether you were Muslim or not a Muslim.”

“These things you saw on that YouTube video – society would crumble if we emulated that person as a model.”

Despite being hard to swallow as the startling perception of the less-informed, its all serving as motivation to continue outreach a cup of coffee – and a conversation – at a time.

To learn more about True Islam and to take part in their next event, visit their website .