Are Christmas Trees piling up in your NYC neighborhood? 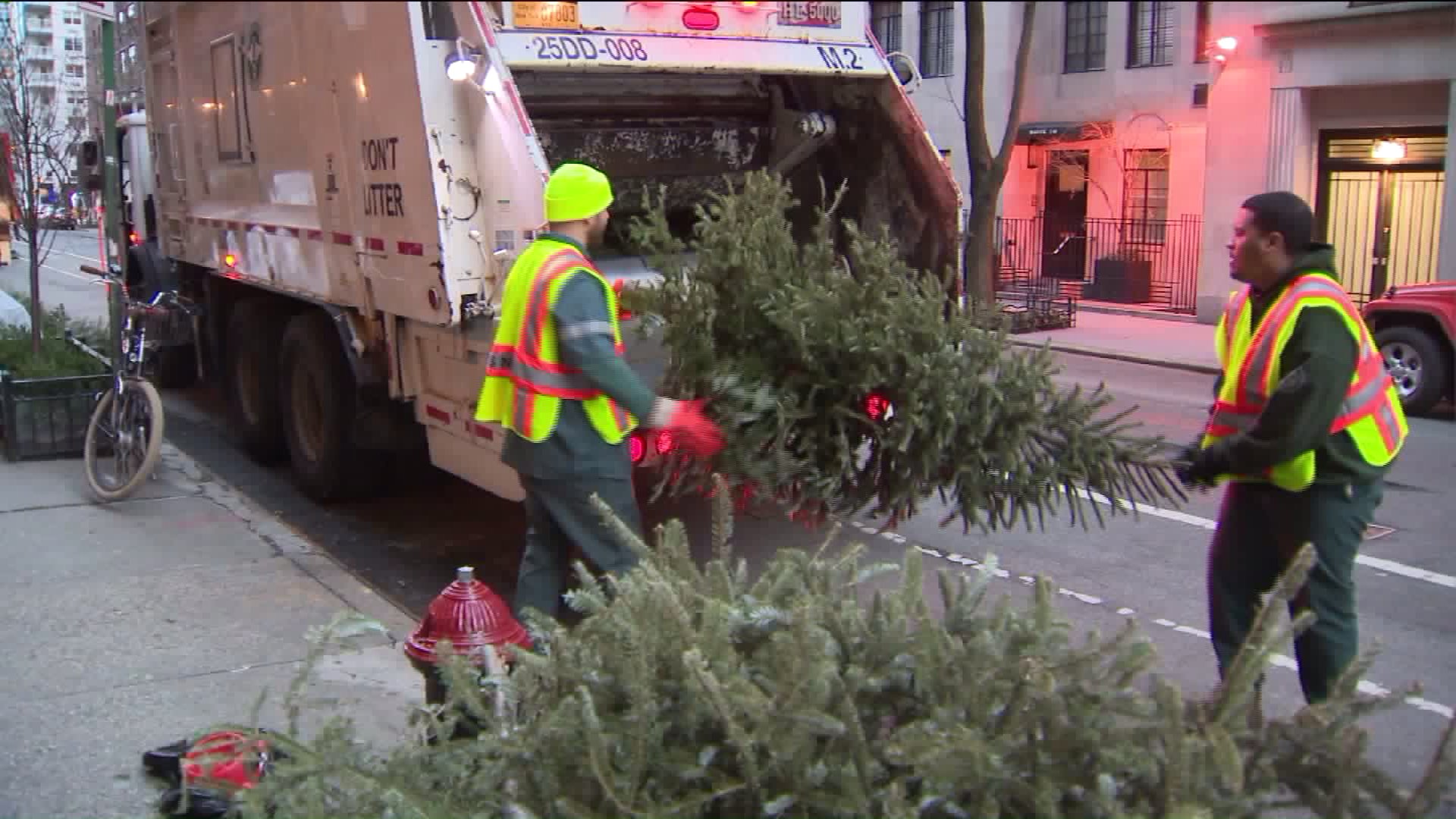 Here`s what you need to do to dispose of your Christmas tree.

NYC Department of Sanitation crews are making a list and checking it twice.

They're working in three shifts and around the clock to pick up Christmas trees in the boroughs. Last week's weather meant some trees were not put out or picked up.

Sanitation has expanded the dates for tree pick up into next week.

The city is divided into 59 sanitation districts and specific crews are assigned to seek out and get the piles of trees.

These are special and desirable route assignments in January because the trees don't smell as bad (and they aren't as heavy) as typical trash. Other trucks get the regular garbage.

The evergreen trees are eventually turned into mulch. A DSNY Spokesperson says last year, about 214,000 trees were removed by crews.