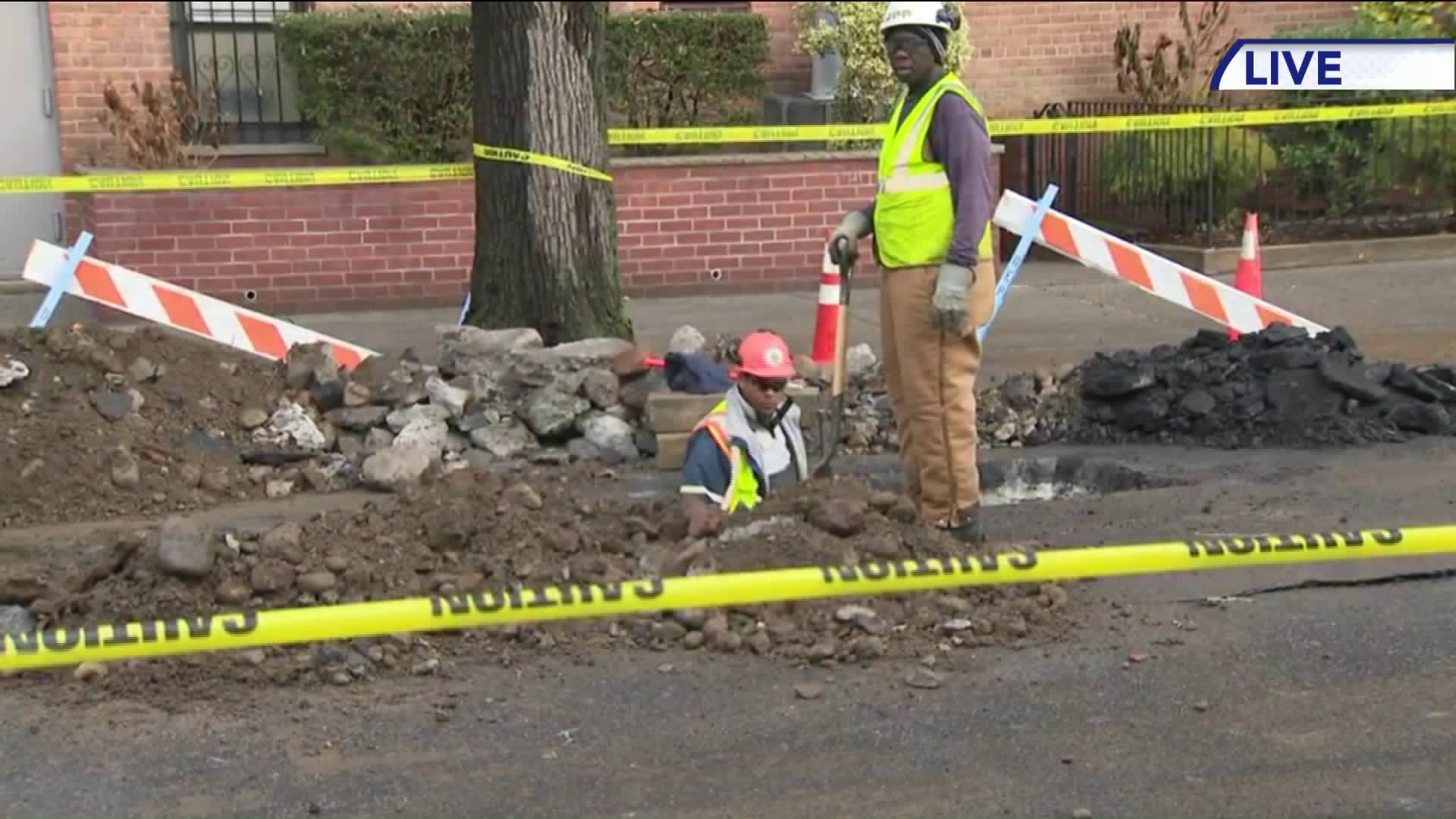 A water main broke around midnight in Queens. 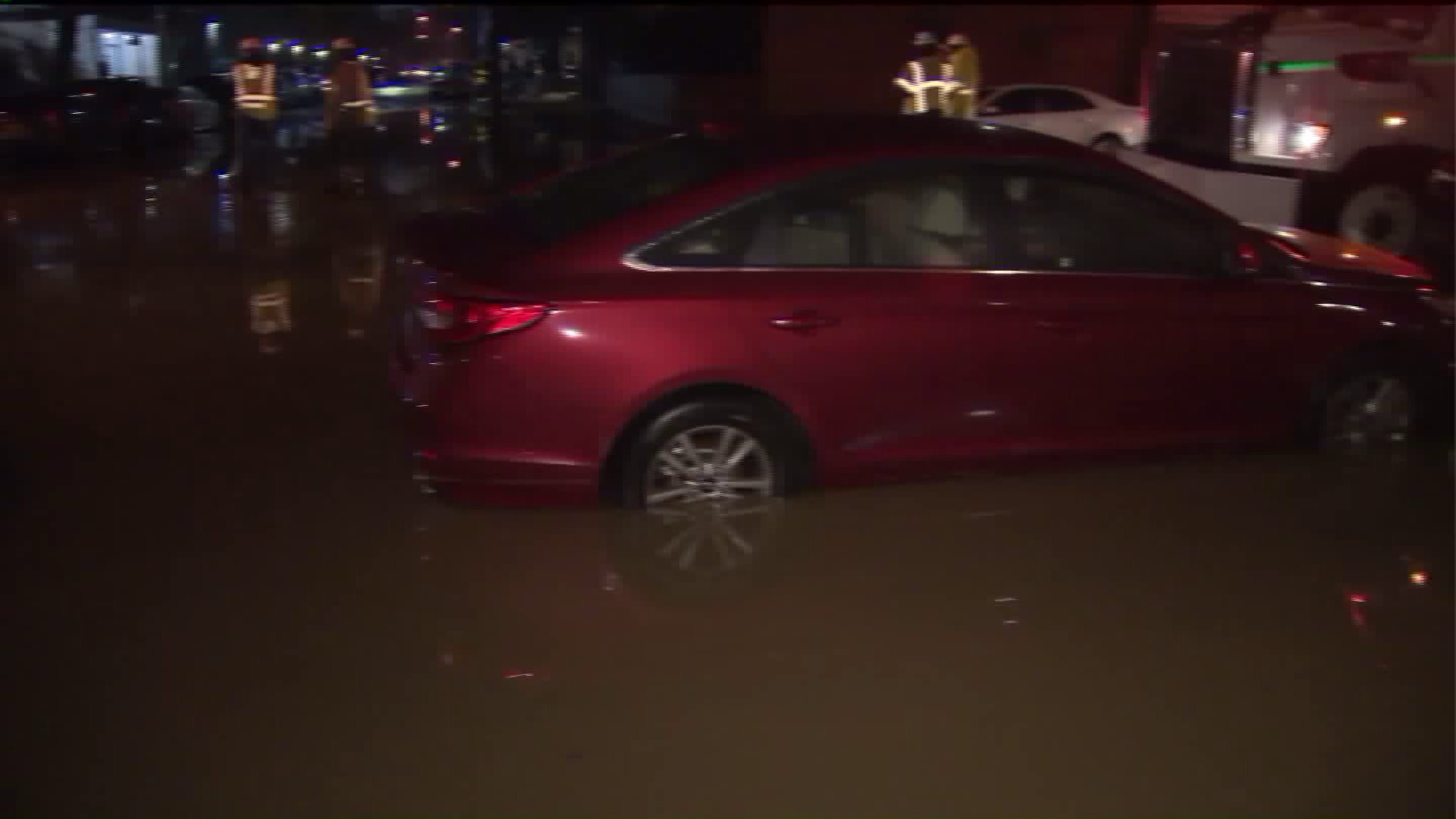 CORONA, Queens — Water was restored after a water main break flooded a street in Queens Thursday.

But the river of water had damaged the roadway, reached the the wheel wells of some cars and seeped into the basements of a few buildings on the north side of the street.

Hernando Olaya, who lives on the street, woke up at 3:45 a.m. when he heard his car alarm go off.

"I come outside. The car is gone already. They tell me, 'Hey, we had to move your car. It almost fell into the hole behind me.' I was like what?" Olaya said, adding that he was hopeful his car wasn't damaged, although, "...it was in at least 6, 7, 8 inches of mud."

As people woke up and came out of their homes to check on their cars, they didn't quite like what they saw.

"We saw it on the news and we ran out here," Marilyn De La Rosa said of her mother's car that was severely damaged by flooding waters. "We turned it on but I don't know if it will run because water is still coming out of the muffler."

Just around the corner Solange Brady walked into her office along 99th Street to find it submerged in nearly a foot of water.

"We're not going to have hot water or heat because our boiler was severely damaged in this particular building," she told PIX11 News.

Thursday's mild weather alleviated the stress being felt by many residents.

"Thank God, how you going to be here in the freezing weather," one resident told PIX11. "If it was a couple of days ago, forget about it."

Electricity on the street was not affected, according to ConEdison.

Crews remained at the scene after water was restored to fix the roadway.