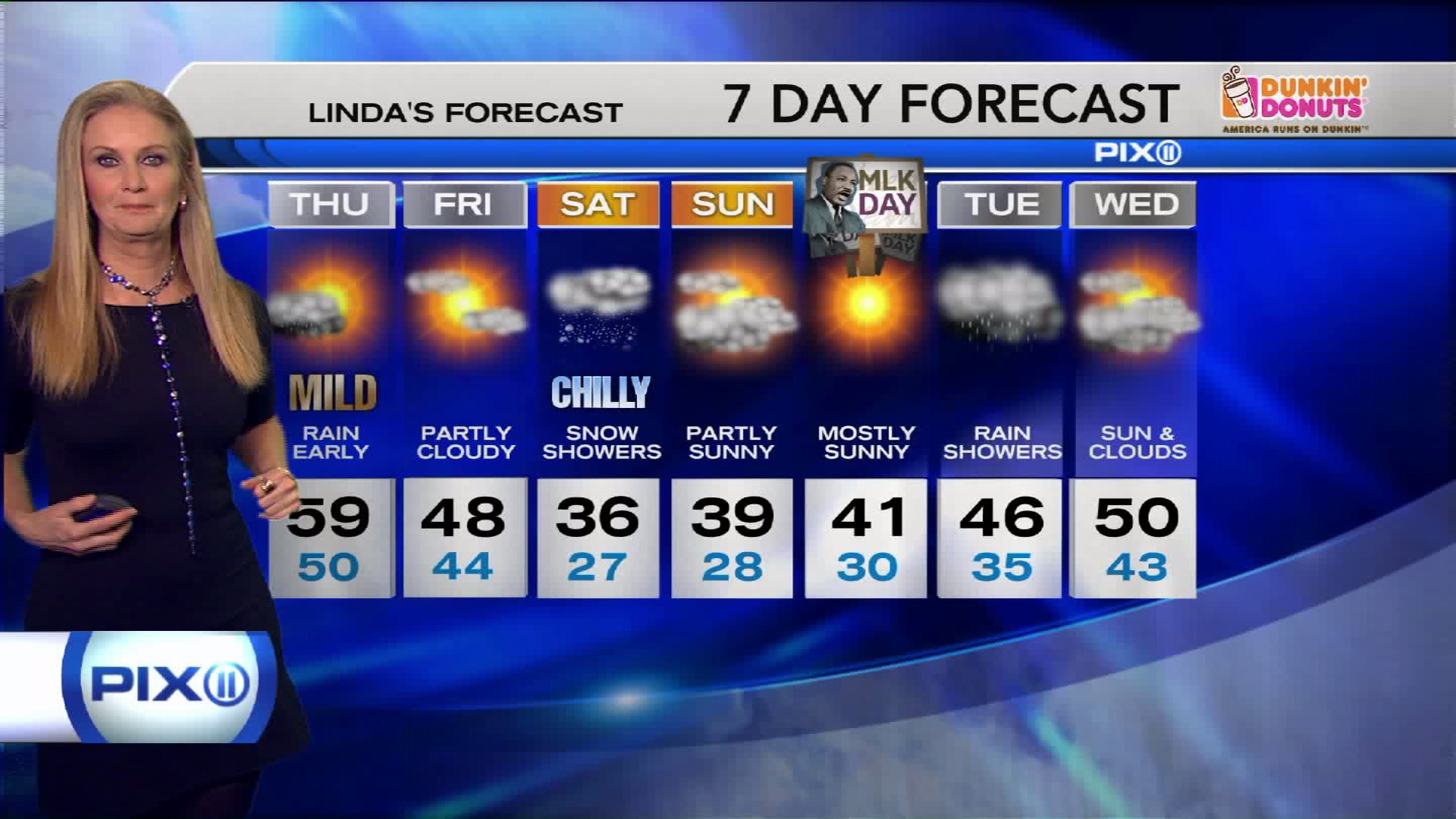 Linda Church says today`s forecast will give you "spring fever" as temperatures climb in the upper 50s and could potentially reach 60s, with records in sight.

People ride their bicycles in Central Park on a warm afternoon on March 10, 2016, in New York City. (Spencer Platt/Getty Images)

Joggers were out in full force in the early morning hours, when temperatures were already higher than in days’ past and sidewalks were mostly dry, following overnight rain that washed away the last remnants of snow in many areas.

Highs in NYC were forecast to hit 63 degrees, but at 1:43 p.m. climbed to 65 degrees, according to the National Weather Service.

That breaks a 1890 record high of 64 degrees in the city, the weather service boasted in Twitter .

The warm weather won’t last long, however. Highs will dip to the upper 30s to lower 40s Friday, and while temperatures mostly maintain into the weekend, a light dusting of snow may occur Saturday.

Luckily, that's nothing compared this past weekend, when nearly a foot of powder fell, coinciding with bone-chilling winds and highs that only reached the mid-20s.

We're starting mild and we'll get even more mild this afternoon. pic.twitter.com/2XZaIDoG5Y