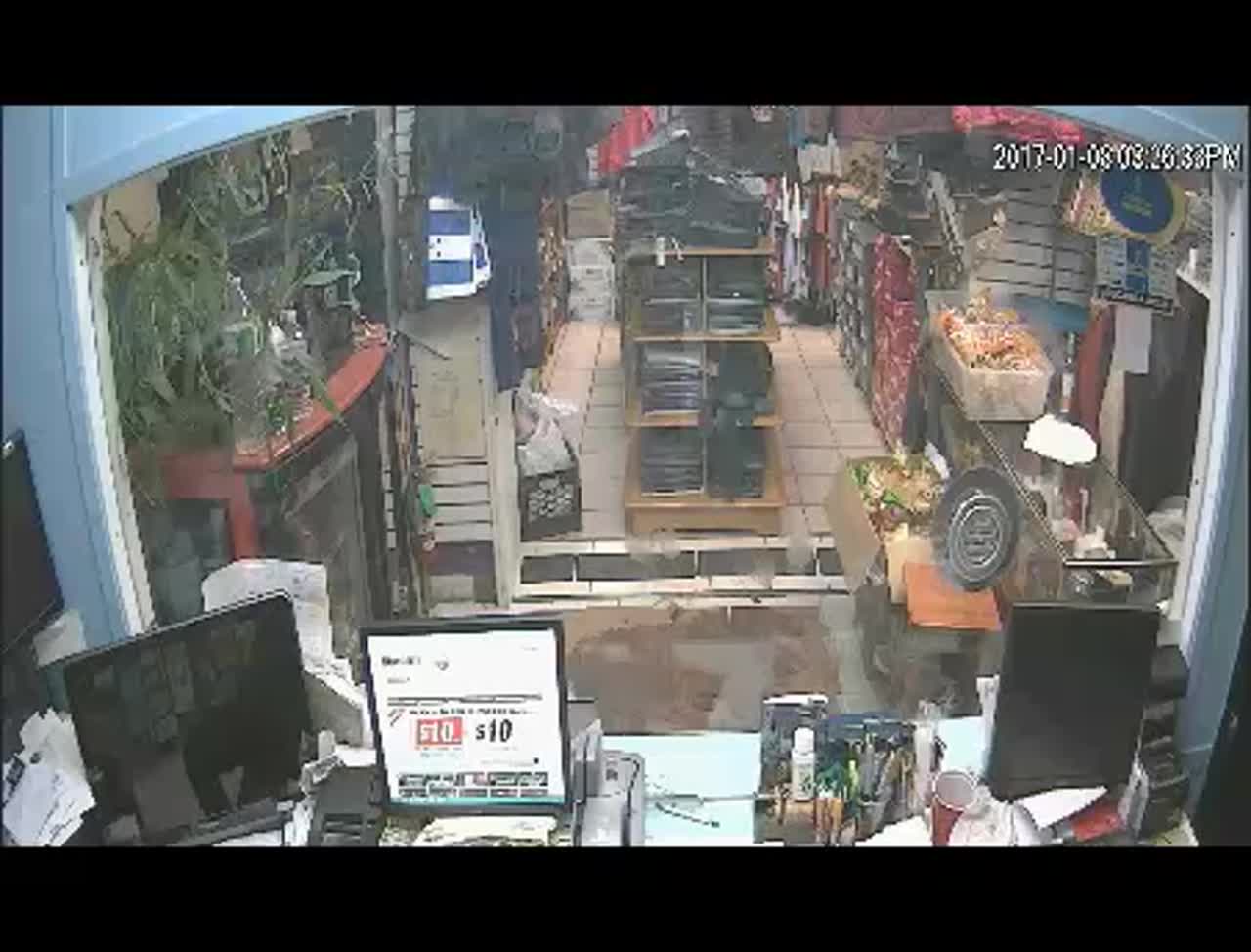 The thieves are wanted for a string of robberies in Brooklyn and Queens since December.

NEW YORK — Police are looking who a group of masked gunmen wanted for robbing multiple businesses in Brooklyn and one in Queens where they were caught on surveillance camera climbing over the security counter's partition.

Two masked thieves first targeted a CAM-Caribbean Airmail on Flatlands Avenue in Canarsie, Brooklyn on Dec. 17., police said. One thief allegedly threatened a woman, 26, and demanded she hand over cash. They fled the store with $4,000 in cash.

On Dec. 23, the two thieves entered a Caribbean Airmail Inc. on Flatbush Avenue in Brooklyn about 6:45 p.m. They threatened two employees and stole $3,600 in cash.

On Dec. 29, the two individuals robbed the Postal Express Inc. on Glenwood Road in Canarsie, Brooklyn. One of the thieves pointed a gun at an employee's head and forced him to show him the money. The stole $14,600.

In the latest robbery, three masked thieves walked into Joanies Princess Card and Cash Checkers on 148th Street in Queens about 8:30 p.m., police said. One individual climbed over the security partition and ransacked the desk while another thief, armed with a knife, stood by the door as a lookout.

Surveillance video captured the thieves at the Queens business.