House of New Jersey pastor against proposed mosque is vandalized 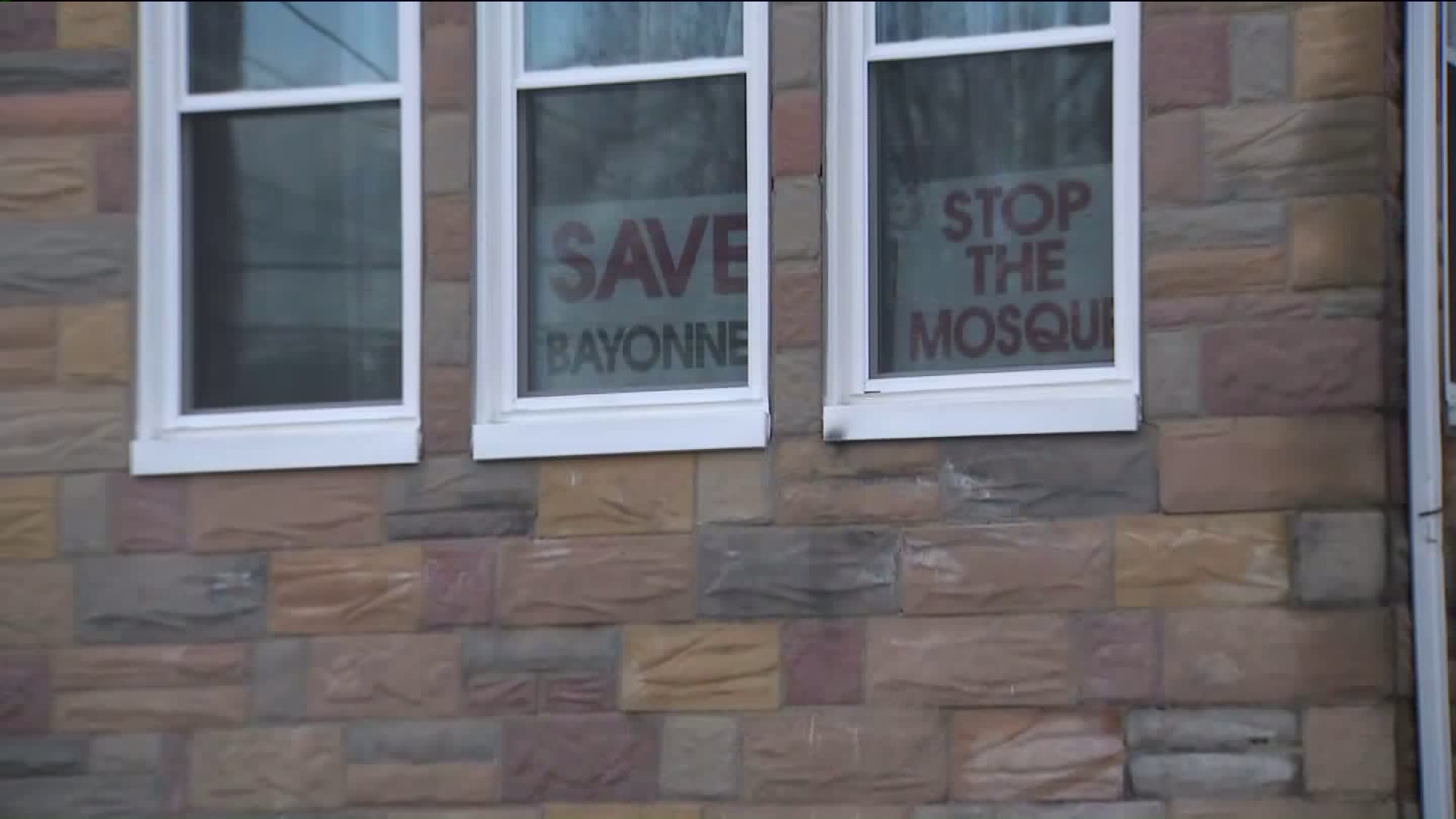 The pastor believes the graffiti expletives were directed at him and is linked to his strong opposition to the mosque.

BAYONNE, N.J. — A growing controversy over a proposed mosque in Bayonne is getting ugly.

A local pastor says his home has been vandalized three times since June — targeted because of his strong opposition to the mosque.

"It first happened in June when someone knocked on the door, banged on the door and said take those signs down within 24 hours or else. Then on Saturday, when I arrived home there was very foul stuff on our house. The city was wonderful in cleaning it up but it was disgusting. The very next day after it snowed they wrote a curse word on the snow," said Pastor Joseph Basile, of Grace Bible Fellowship Church.

Pastor Basile believes the graffiti expletives were directed at him and is linked to his strong opposition to the mosque.

"They put two very foul expressions on either side of my signs and in the center, they put an arrow up to the word Islam heightening it's greatness. And then they put the curse words on the side."

For months, Basile has had the signs "Save Bayonne" and "Stop Mosque" on his front windows.

The organization Bayonne Muslims purchased the location on East 24th Street and wants to build the mosque in a shuttered warehouse.

"It's really unfortunate no one has a right to vandalize. He has the right to put those signs up, there's freedom of speech, it's his house you can't go vandalize someone's house," said Akbar.

"I think it's kids that have nothing better to do but I definitely don't think it's someone from the Muslim community. We don't condone it, we don't want anyone in our community doing anything like that and it's illegal," adds Akbar.

The mosque would be built on a quiet, dead end street. It's been an almost 2-year long controversy. Opponents say it's about traffic, noise and other quality-of-life issues.

"If they were building this in another part of town we would have no objections to it. I will be the first to come with the shovel and help them with the construction of it. Because it's a mosque they spin it and turn it into a race issue. Whether this was going to be a Shoprite or movie theatre, I would have the same objections. We don't want a commercial development here," says Joe Wisniewski, who lives in the neighborhood.

"We want to keep it a peaceful neighborhood, they have prayer sessions that start at 6 in the morning and go as late as midnight," adds Wisniewski.

Akbar says he's invited anyone who has concerns to come and talk to their organization, but says no one has.

The next big date will be a January 23 zoning board meeting. Wisniewski says he will be there.

"I've already contacted the Mayor, I'm sending them a letter I'm asking that residents be allowed in first so this way the Muslim coalition can't bring in people from out of town."

Akbar says the mosque will be open to everyone in Bayonne. "It's going to be a community center with some worship space inside and we're going to have some classrooms for weekend activities. Our ultimate goal down the road is to have a soup kitchen and food pantry to help the people of Bayonne. It's open to everybody."

Pastor Basile says neither threats nor graffiti will make him back down.

"This is the land of the free and home of the brave. My signs sit in my window. I refuse to be intimidated I refuse to allow somebody tell me I can't have freedom of speech this is America."