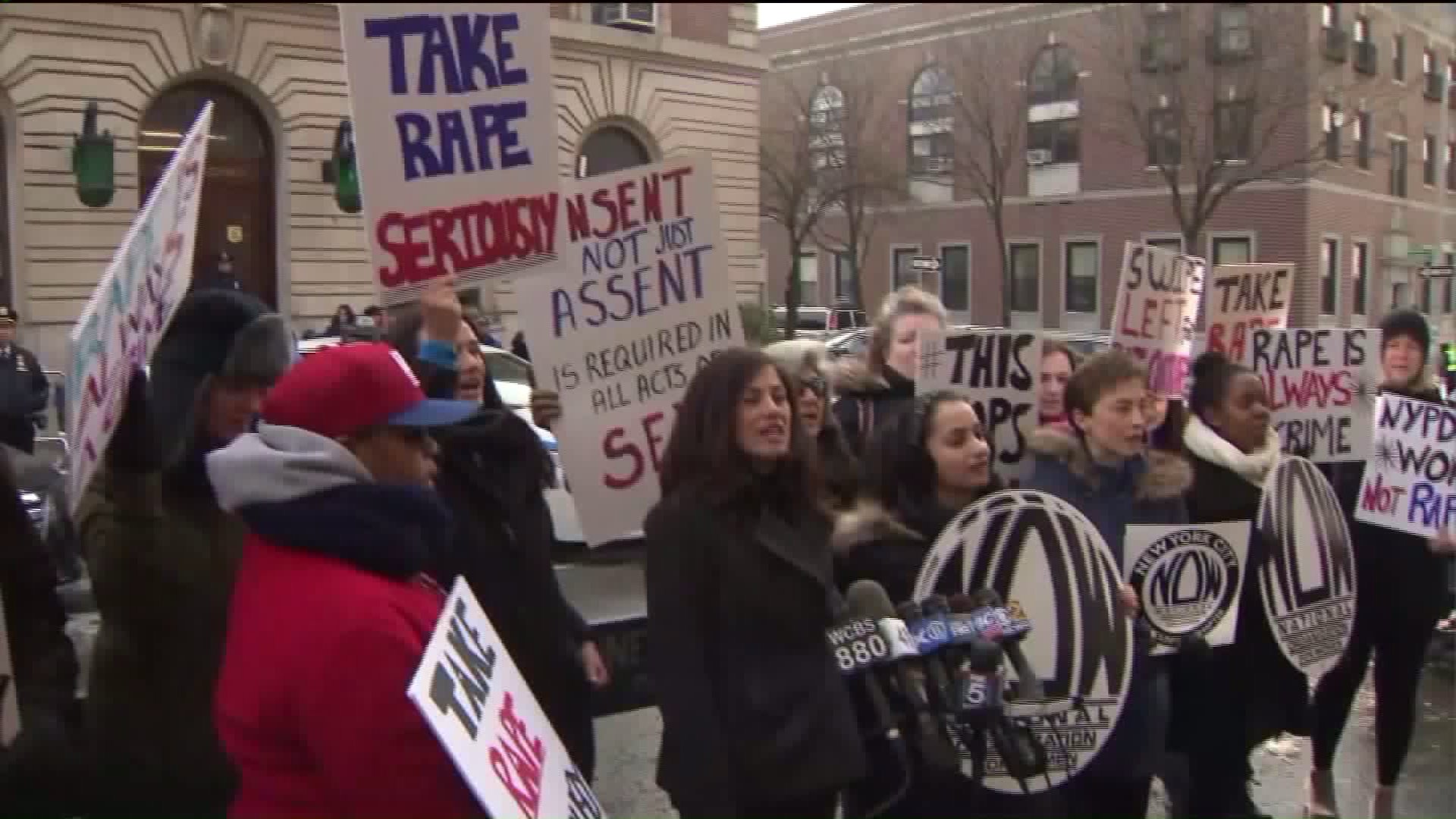 Dozens gathered in front of the 94th Precinct in Greenpoint to denounce a precinct captain`s remarks about rape.

GREENPOINT, Brooklyn –  A different type of community policing happened Tuesday afternoon in Greenpoint, Brooklyn as executive leadership of the National Organization for Women along with a handful of demonstrators showed up to the doorstep of the 94th Precinct and called out Commanding Officer Peter Rose for trivializing the crime of rape during a community meeting last week.

"Rape is rape no matter who the victim is. No matter who the perpetrator is. Captain Rose's comments surely are outrageous," said Sonia Ossorio, president of NOW for New York City.

Rose apologized on Monday for saying last week that stranger rapes are the troubling ones and thus making it appear that some rapes are worst than others.

While Rose says he failed to communicate accurately reports of rape adding that his comments were not meant to minimize the seriousness of sexual assault, demonstrators at Tuesday's news conference were not buying it.

They are asking for all 10 of 2016's unsolved cases in the 9th Precinct to be opened up and investigated again, since they have concerns those crimes may have not been taken seriously because of acquaintance involvement.

"Something is really wrong with that number. As we are not being told the whole truth or this is a blazing red flag about how victims are being treated in the 94th precinct," said Jane Manning of NOW Advocacy.

NOW also added they have sent a letter to Commissioner O'Neal hoping to meet with him as well as Commanding Officer Rose.