Were Cory Booker and other black leaders subjected to racist treatment at DC hearing? 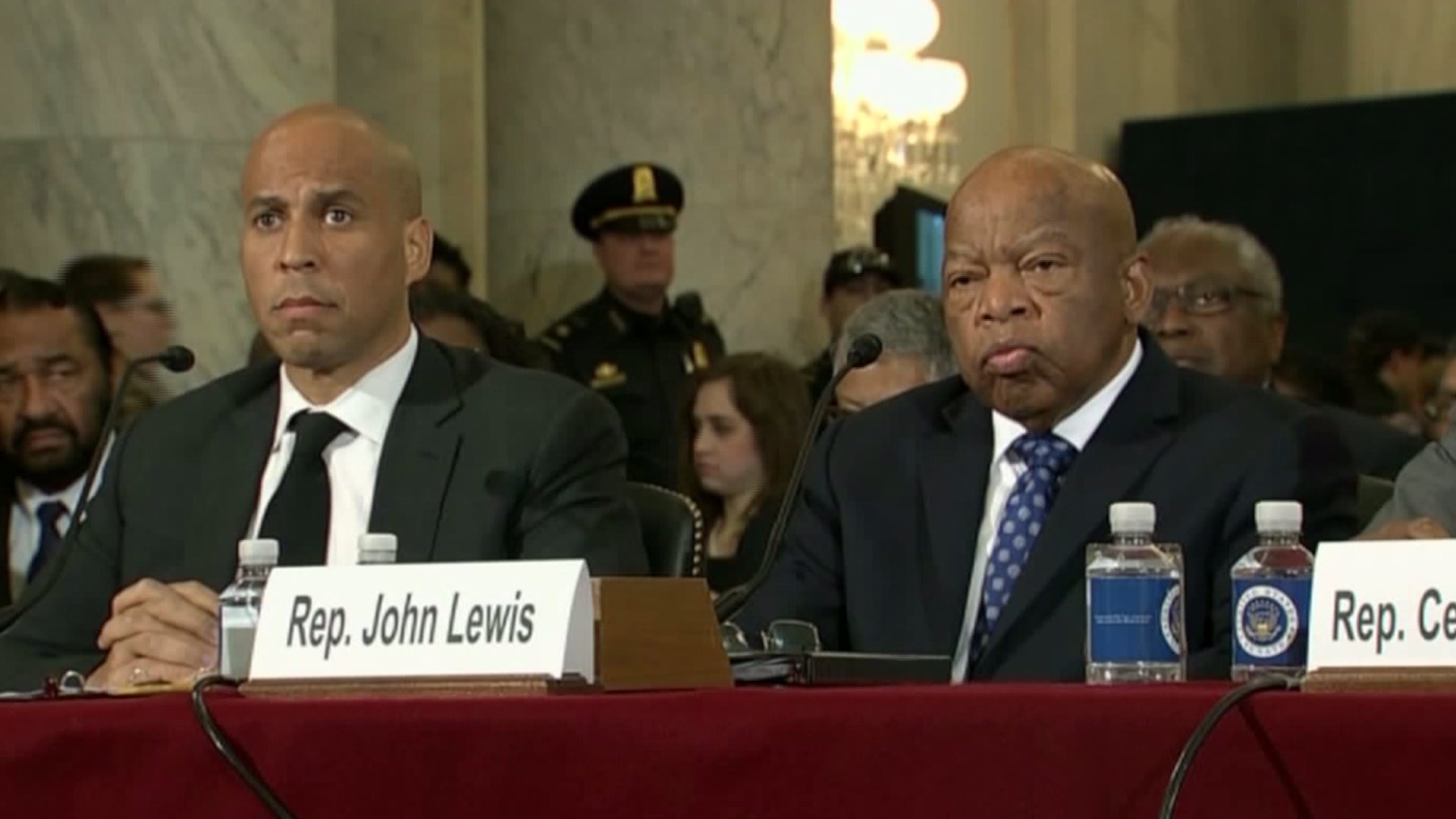 WASHINGTON, D.C. — Senator Cory Booker is so strongly opposed to the possibility of Jeff Sessions becoming U.S. attorney general that Booker on Wednesday broke a centuries-old Senate tradition and testified against a fellow senator, Sessions.

Booker said, in his testimony, that speaking up was far more important than keeping tradition. His unorthodox move, however, was one of two breaks with Capitol Hill custom. The second one left some members of Congress insinuating that they'd been subject to racist treatment.

Booker was the first to speak on a panel of six.

"With what's going on in our country now," said the New Jersey Democrat, "the next attorney general must bring hope and unity to the country. It's not what Sessions will bring."

Magnifying that sentiment was John Lewis, the civil rights icon who'd been a personal friend and advisor to Martin Luther King, and who is now a respected Georgia congressman. "We've made progress," Lewis testified, "but we don't want to go back. We want to move forward."

Having a man who'd been rejected for a federal judgeship because of past racial comments become attorney general, Lewis said, was counter to the progress he'd referenced. "We need an attorney general who'll look out for all of us," Lewis testified.

In the gallery watching were more than three dozen members of the Congressional Black Caucus and other members of Congress opposed to Sessions. Contrary to Capitol Hill custom, none of them was recognized by the chair of the Judiciary Committee, Sen. Charles Grassley, an Iowa Republican.

He apologized for the oversight, but it, combined with the panel scheduling the legislators' testimony at the very end of the session and requiring that statements be kept to seven minutes, prompted an angry comment from the third member of Congress to testify at the hearing.

"It's like going to the back of the bus," said Cedric Richmond, a Louisiana Democrat and newly-elected chair of the Congressional Black Caucus.