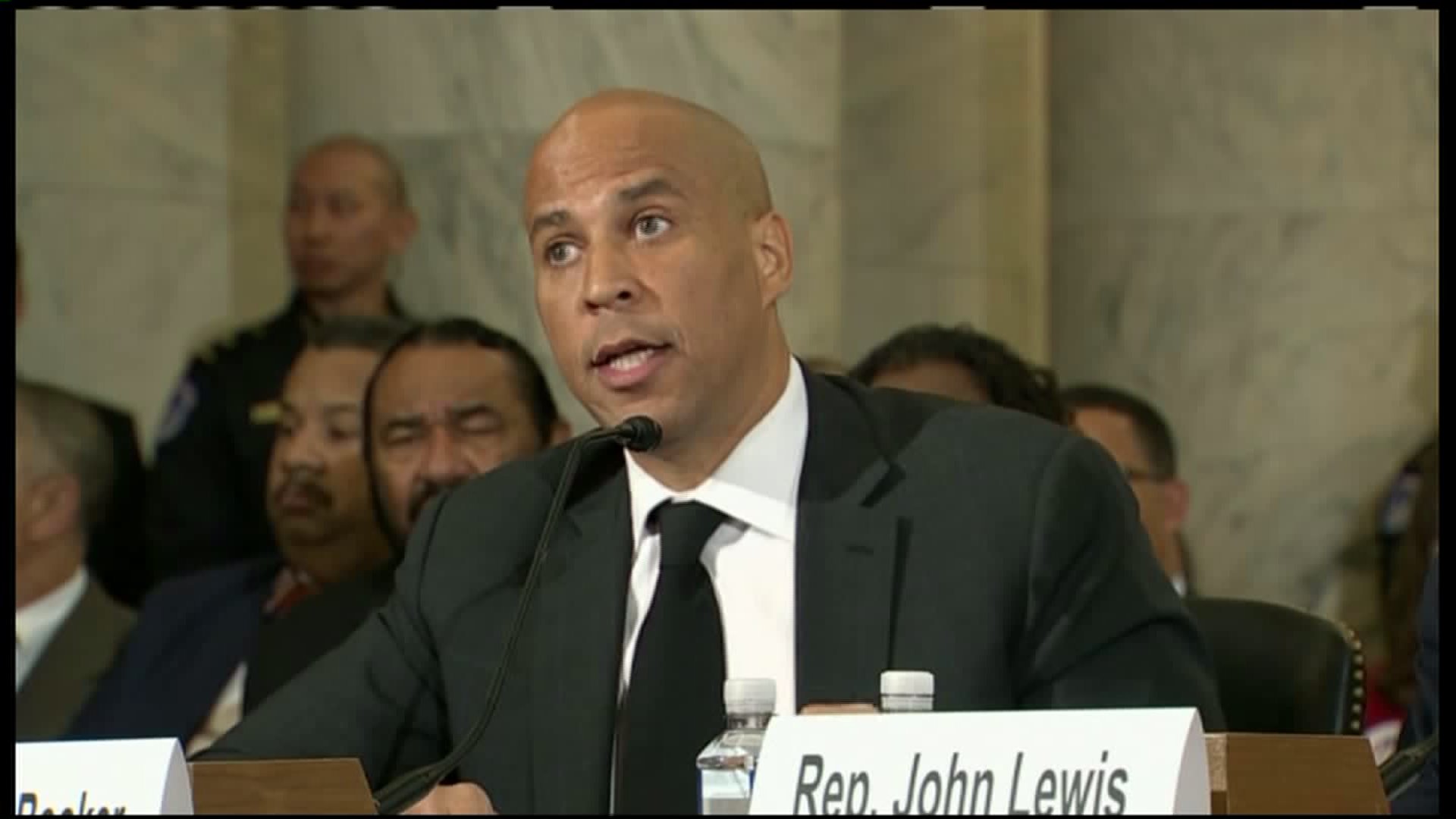 NJ Sen. Cory Booker becomes the first senaator to testify against a fellow sitting senator at a confirmation hearing for a Cabinet position.

WASHINGTON — New Jersey Sen. Cory Booker gave an impassioned and unprecedented plea to the Senate to vote against Donald Trump's nominee for attorney general and his fellow senator, Jeff Sessions.

Booker delivered an emotional five minutes of testimony flanked by members of the Congressional Black Caucus that Sessions' record on civil rights disqualifies him from serving atop the Justice Department under President-elect Trump.

"The arc of the moral universe does not just naturally curve toward justice, we must bend it," Booker said. "America needs an attorney general who is resolute and determined to bend the arc. Sen. Sessions record does not speak to that desire, intention or will."

Booker became the first sitting senator to testify against a fellow sitting senator at a confirmation hearing for a Cabinet position. His panel with other lawmakers and supporters of Sessions was added to the hearings at the request of the top Democrat on the committee, California Sen. Dianne Feinstein.

The effort was mostly for show, as Republicans have a majority in the Senate and are likely to confirm their Alabama colleague after two days of testimony.

Still, Booker said his "conscience" and "country" motivated him to speak out, even though he acknowledged he has enjoyed "collegiality" with Sessions, working on a bill to give the Congressional Gold Medal to civil rights marchers.

"Law and order without justice is unobtainable," Booker said. "They are inextricably tied together. If there is no justice, there is no peace."

Booker said Sessions would not achieve the needs of the Justice Department in protecting civil rights.

"In many times in his career, he has demonstrated a hostility toward these convictions," Booker said.