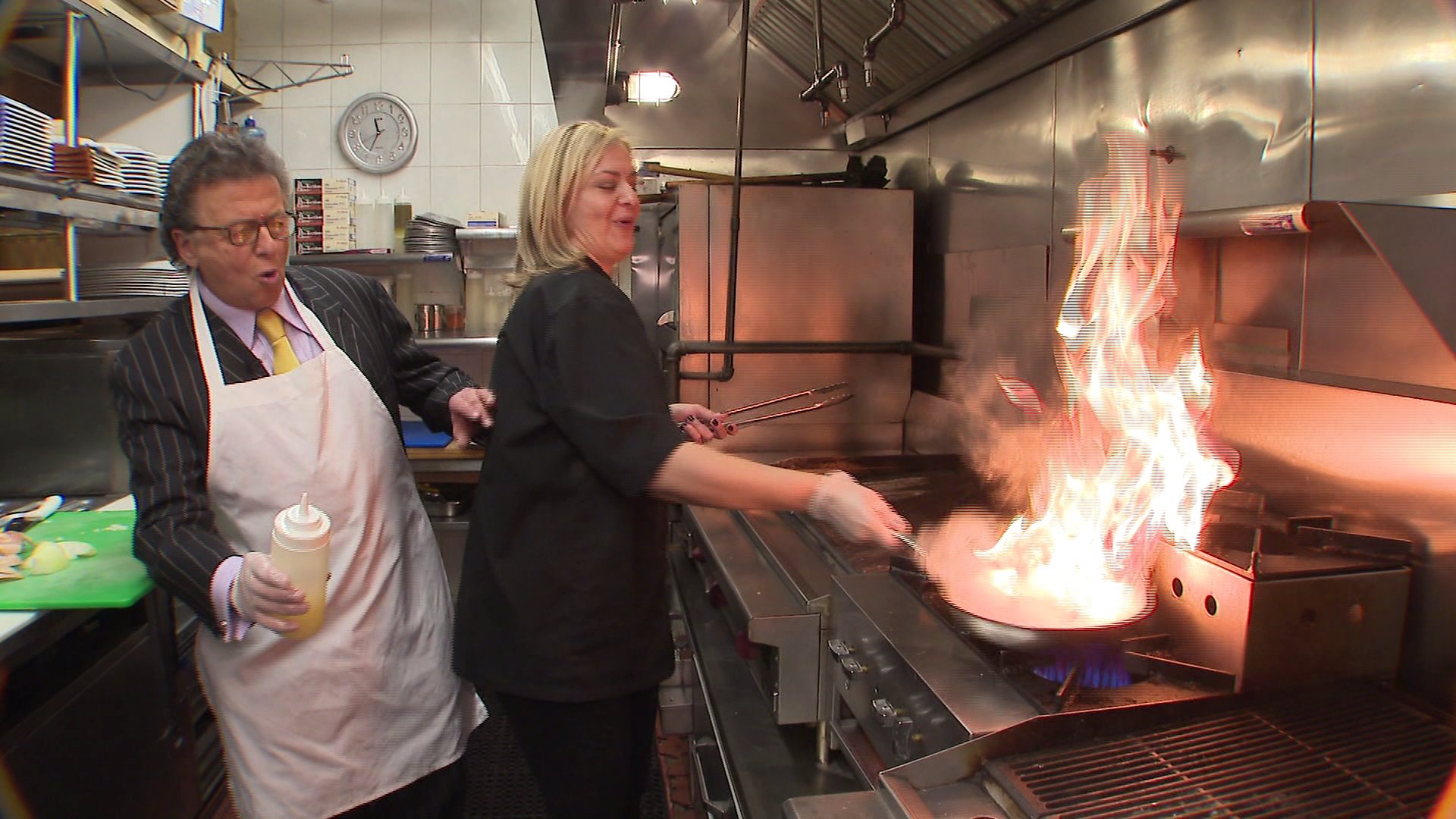 PIX11's Mr. G heads to the restaurant of Chef Maria Petridis to dance, cook and learn how her Greek roots helped her achieve the American dream

It doesn’t get more Greek than Maria Petridis! When she’s not teaching me dance moves, she’s cooking authentic meals from her hometown.

“I grew up in a village in Northern Greece called Skoutari, Serres and I grew up as a farm girl,” she said.

As a child, she watched her mother cook for the family;.

“You grow up learning if you’re hungry, there’s not phone to pick up for delivery," she smiled.

Maria remembers having to chase and kill chickens to make a meal, memories she seems to have mixed emotions about.

“That’s what you do unfortunately," she laughed. "You break its neck?" I asked. "Yes!" she said while laughing hysterically.

Jokes aside, from a very young age her parents emphasized one lesson.

“Work, just work and don’t ever think twice of how many hours you’re going to work," Maria remembered. "That’s the only thing that’s going to pay you back."

She and her husband moved to the United States 28 years ago, learning English from watching cartoons. They have three children and have lived in Bayside since 1999.

“When I was raising my family, I said no TV around the table, we’ve got to talk and we’ve got to catch up,” she said.

Maria brings that same taste of home to her restaurant, Maria's Mediterranean Seafood & Grill, which her husband bought for and named after her.

Every dish she chops, sautées and plates comes from the heart and it's not surprise, the Food Network caught on to her culinary charm.

“Right away they told me that they would love if I could be there and compete with the other contestants," she described. "I didn’t even think about it for one second, I said sure why not!”

Maria won the TV competition, which aired on December 27, 2016 and was awarded $10,000, money she's donating to the Make-A-Wish Foundation.

“I want in one little small way to contribute to that and to just make at least one wish make happen because wishes do come true like my wishes came true,” Maria said.