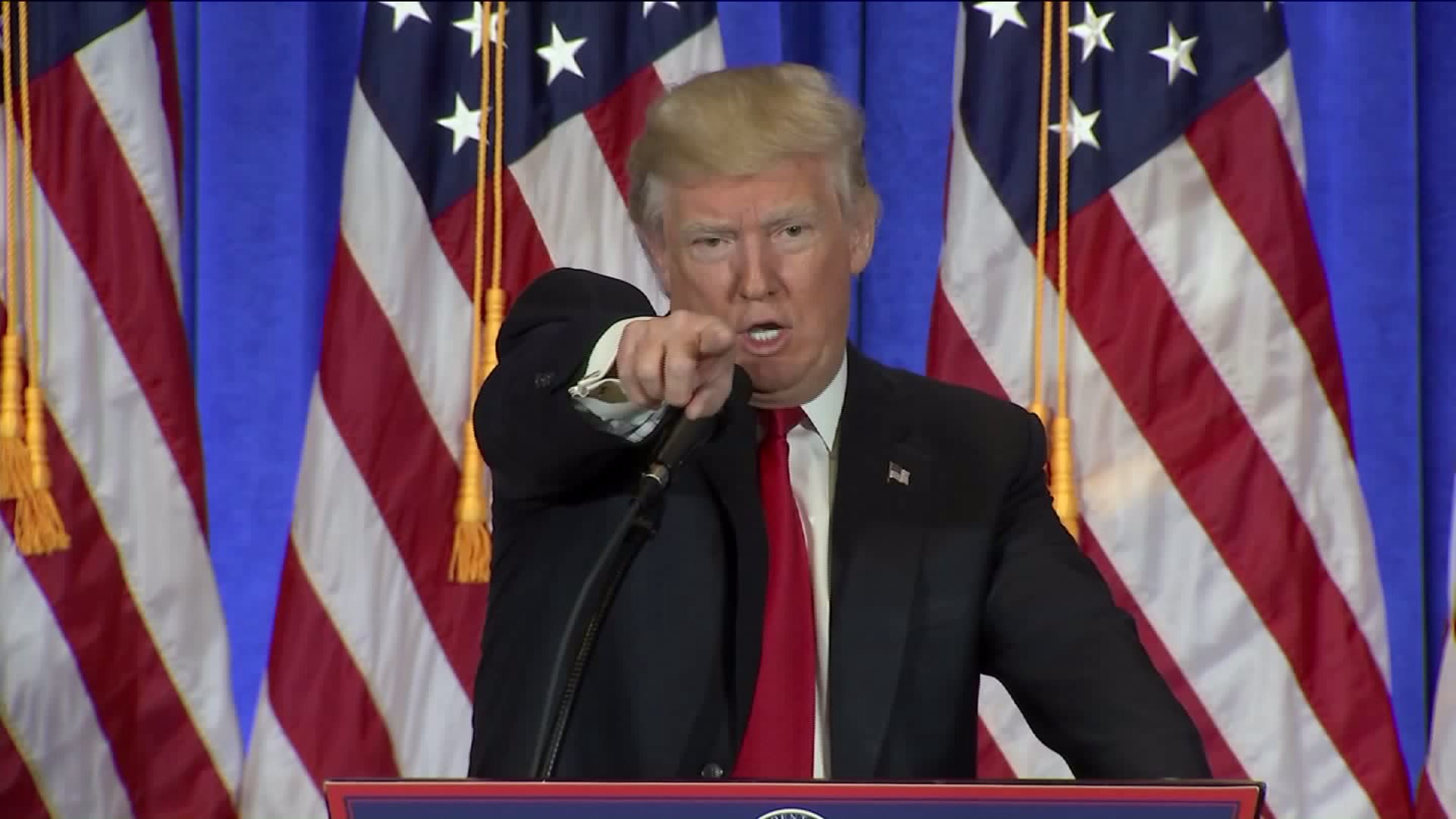 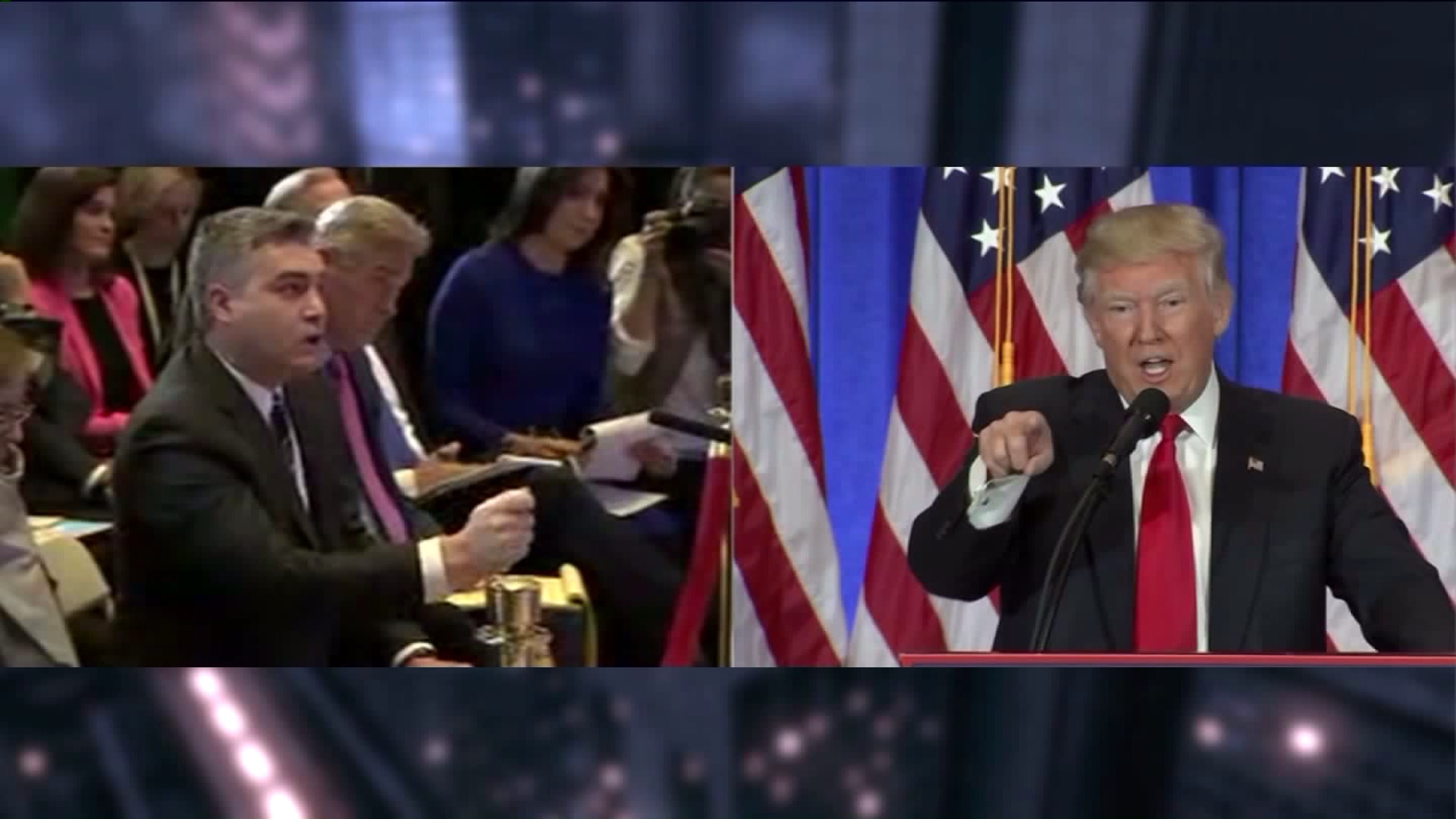 The showdown between Trump and Senior White House Correspondent Jim Acosta happened after the president-elect answered questions about a tweet drawing connections between the U.S.  today and Nazi Germany.

Intelligence agencies should never have allowed this fake news to "leak" into the public. One last shot at me.Are we living in Nazi Germany?

The tweet, he said, was in reference to a report published by CNN  on classified documents alleging Russian operatives may have compromising information about Trump's personal life and finances.  Buzzfeed later published raw, unsubstantiated documents expanding on CNN's reporting.

The reports were "false, and fake and never happened," Trump charged.

"That's something Nazi Germany would have done and did do. I think it's a disgrace that information that was false and fake got released to the public," Trump said.

Shortly after slamming Buzzfeed as "a pile of garbage" for reporting the information, and CNN for "building it up," Acosta addressed Trump: "since you're attacking us, can I ask a question?"

Met with a stern "no," Trump said “your organization is terrible,” and told Acosta he was "rude" for continuing to speak.

Shortly after the confrontation, CNN released the following statement :

We are fully confident in our reporting. It represents the core of what the First Amendment protects, informing the people of the inner workings of their government; in this case, briefing materials prepared for President Obama and President-elect Trump last week.

We made it clear that we were not publishing any of the details of the 35-page document because we have not corroborated the report's allegations. Given that members of the Trump transition team have so vocally criticized our reporting, we encourage them to identify, specifically, what they believe to be inaccurate.

Acknowledging the ordeal, Acosta later said on-air he was nearly thrown out of the news conference, according to Buzzfeed reporter Dominic Holden.

CNN’s Jim @Acosta said on the air that Trump’s team threatened to yank him from press conference if he tried to speak up again.