Brooklyn cooks use utensils to fight off knife-wielding robber 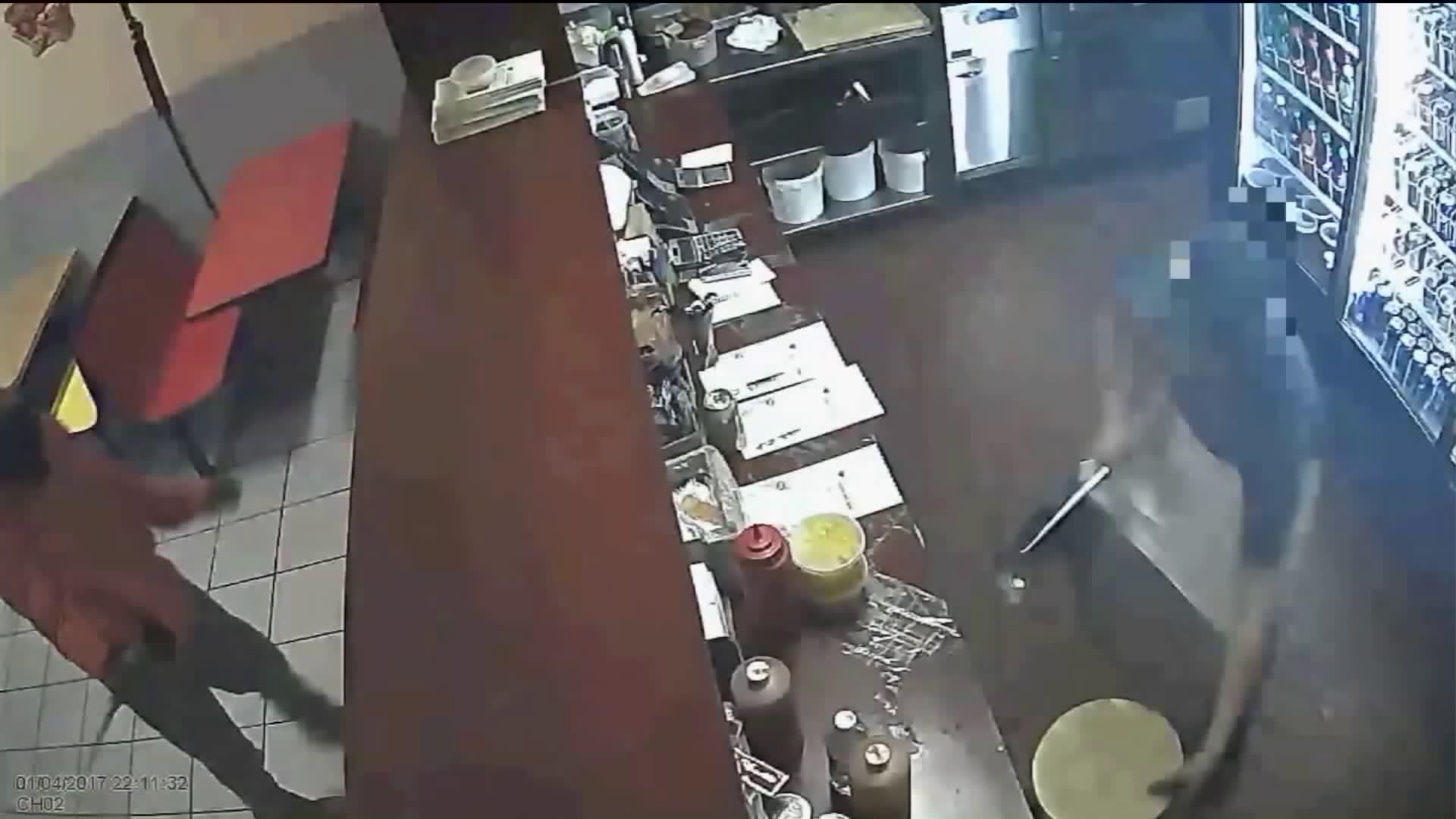 Using a chair and spatula, two cooks were able to scare off a serial robber.

CANARSIE, Brooklyn — Police are searching for a knife-wielding man they say has been targeting Brooklyn restaurants.

The suspect has been allegedly robbing Canarsie eateries over the last month. Police say the suspect walks into the restaurants as they're closing and demands money.

He made off with hundreds of dollars from the first three locations but struck out at the fourth.

Two cooks at Chen's Garden Restaurant on Flatlands Avenue bravely fought back against the suspect, using a kitchen utensil and a chair to scare him off.

The cook at Chen's Garden doesn't speak English but spoke to PIX11's Shirley Chan in Cantonese about his terrifying ordeal on Jan. 4th.

He reenacted for PIX11 how he scared the crook off.

Surveillance tape captured the entire incident, showing the suspect wearing a mask while holding a knife.

As the suspect climbed over the counter with knife in hand, he terrifies the cashier. Then the two employees decide to defend themselves.

The cook tells PIX11 his instincts kicked in and he grabbed the first weapon he could find, a spatula used for woks. The spatula along with a chair was enough to scare the robber off and he didn't get any money.

But Chen's wasn't the guy's first hit of the night. Just 20 minutes earlier, he robbed Baskin Robbins of $533. It's in the same shopping plaza on Flatlands Ave.

Police say the suspect's crime spree began before Christmas. Each time, he had a knife.

Ten days later, on Dec. 29, he up held the KFC/Taco Bell just before midnight, making off with $876.

The supervisor of KFC/Taco Bell, who didn't want her identity revealed, tells PIX11 the robber was polite, making small talk as he forced her to empty the register, alluding to needing to commit robberies for the money.

"He wishes me happy New Year and says you know how it's like during the holidays."

The supervisor says she's just glad no one was hurt.

"It was a long kitchen knife I'm just happy he didn't use it! He got what he wanted. My gut said give him what he wanted and go don't want anybody to get hurt."

The brave workers at Chen's say because the crook was carrying a knife they fought back. If he had a gun, they wouldn't have risked it.