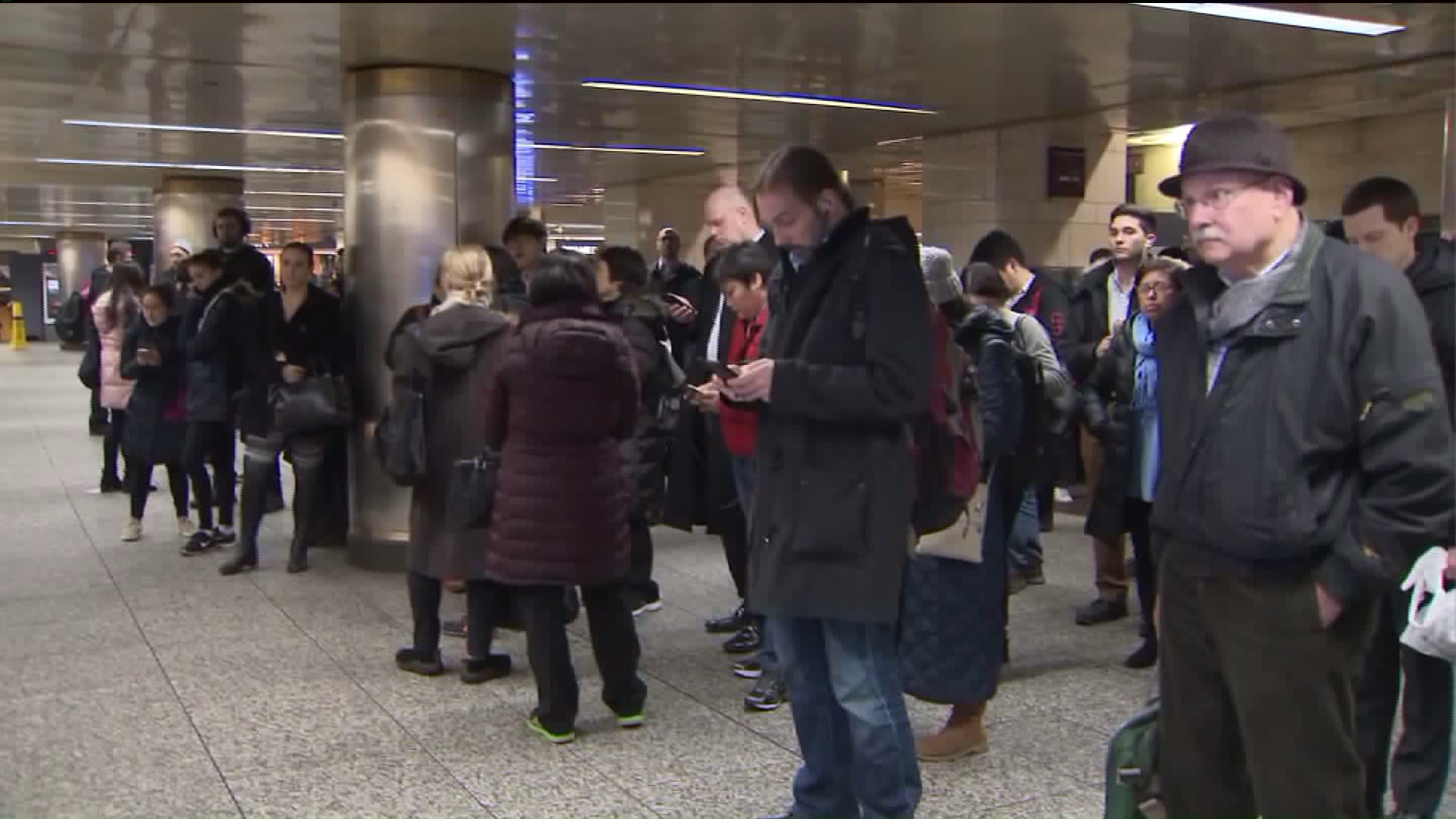 The MTA canceled 13 eastbound trains at the height of rush hour.

NEW YORK — Long Island Rail Road service has resumed after a broken rail in the East River Tunnels created widespread delays and cancellations at the height of the Wednesday evening commute.

Right before rush hour began, the MTA canceled 13 trains between 4:30 and 6:30 p.m., heading east out of Penn Station.

By 7 p.m., service had resumed with delays of 10 to 15 minutes on several lines.

Amtrak crews immediately responded to the scene but were not able to repair the rail in time for rush hour.