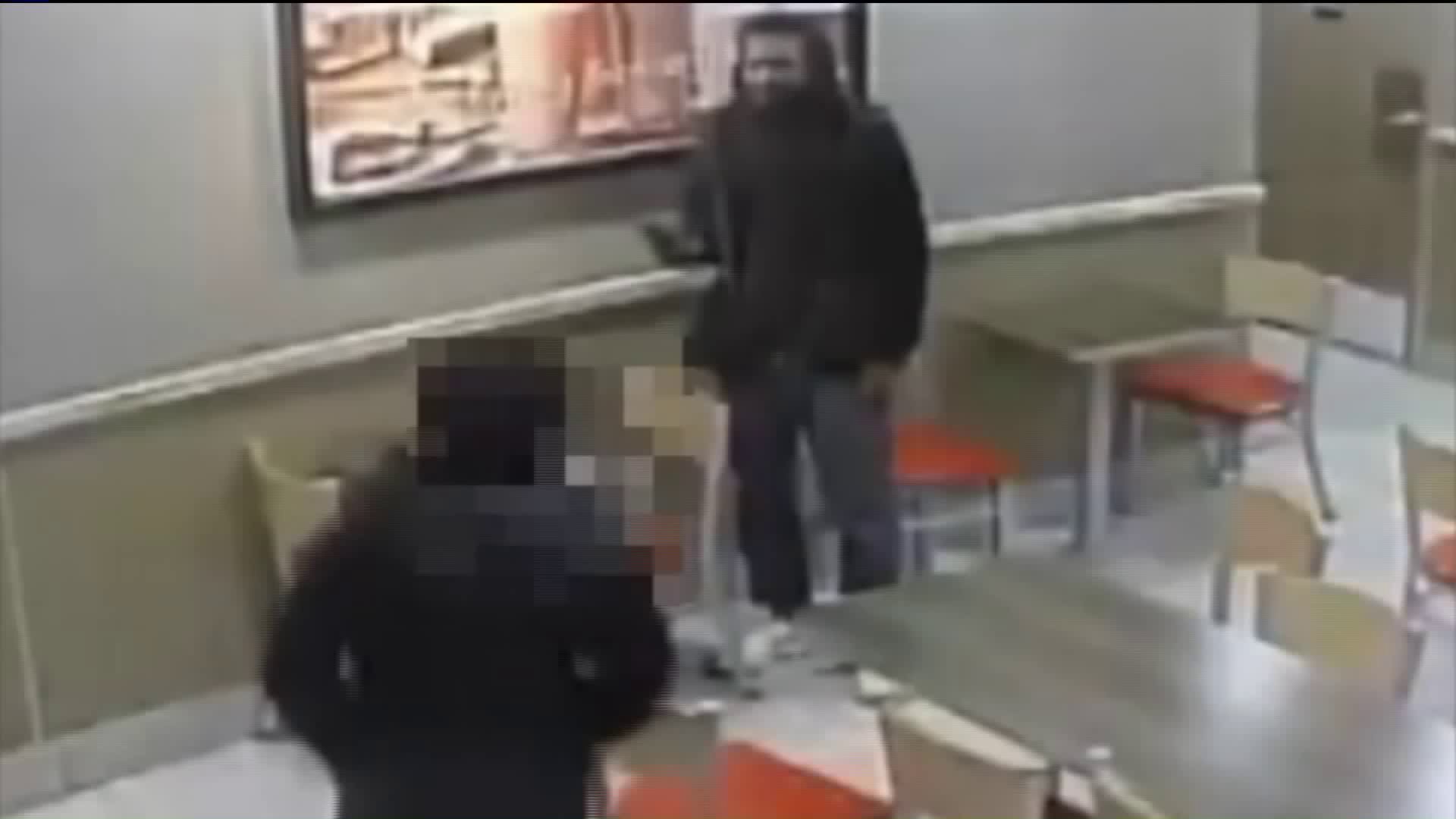 Police are searching for a person caught on camera sucker-punching a woman at Burger King.

BROOKLYN – A woman was sucker-punched by a stranger at a Burger King in Brooklyn, police said this week as they asked the public’s for help finding the attacker.

It was about 7:15 p.m. on Dec. 30 when the violent encounter happened at the fast-food restaurant at 971 Flatbush Ave., police said.

The victim, a 53-year-old woman, was punched in the forehead and suffered pain, bruising and swelling, police said. She told officers she does not know the man who attacked her then ran away.

Video released by police shows the victim walking through a row of empty tables and past the attacker, who was standing up. He held out his closed fist and the video pauses there, resuming on a shot of the woman doubled over and the man walking away.

The man was last seen wearing a black hooded jacket, blue jeans and white sneakers. He is described as being in his 30s.