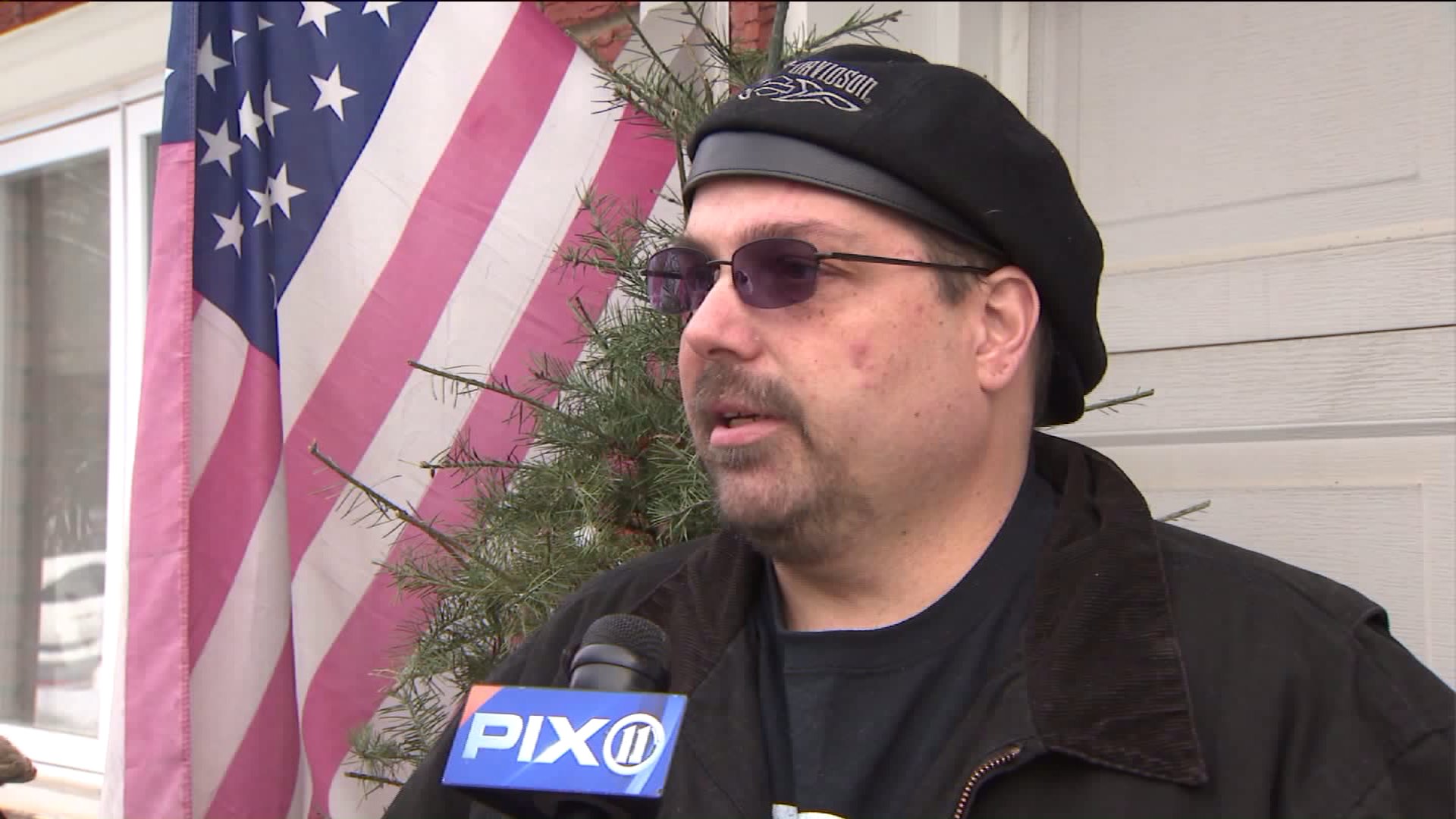 He spent decades keeping Rikers Island inmates in line, now a clerical error is keeping him from getting his pension.

STATEN ISLAND, N.Y. — Frank Carnabuci spent decades inside Rikers Island keeping inmates in line, now he's in a battle with the city for his pension.

"I paid my dues not to get the benefits at the end, it's just horrible," says Carnabuci.

Carnabuci, for seven years worked inside a special unit at Rikers, holding the most hardened if criminals.

"I worked with 16 of the worst inmates on Rikers Island for seven years. The baddest of the bad on the special search team when there is an incident. Its not a walk in the park," said Carnabuci.

He says it's a paperwork snafu that's keeping him from receiving his benefits.

The paperwork states he's on leave without pay instead of being sick. Carnabuci been fighting colon cancer since Oct. 2013.

After eight surgeries, he's on his fourth round of chemo. His cancer has now moved to his brain.

For Carnabuci, no pension means no health insurance.

"God forbid when I'm not here, I don't want to leave my wife and my kids with the burden," said Carnabuci, fighting back tears.

PIX11 News reached to the Department of Correction and they sprung into action.

"Several Correction Officer's Benevolent Association Board Members were actively involved in assisting Officer Carnabuci from the beginning and even made numerous calls to the appropriate staff at HMD at DOC to get them involved and offer their assistance," said Michael Skellly. A COBA spokesperson.

The family has set up a GoFundMe page to help foot the bill.

If you have a story, email Monica Morales at Monica@pix11.com.