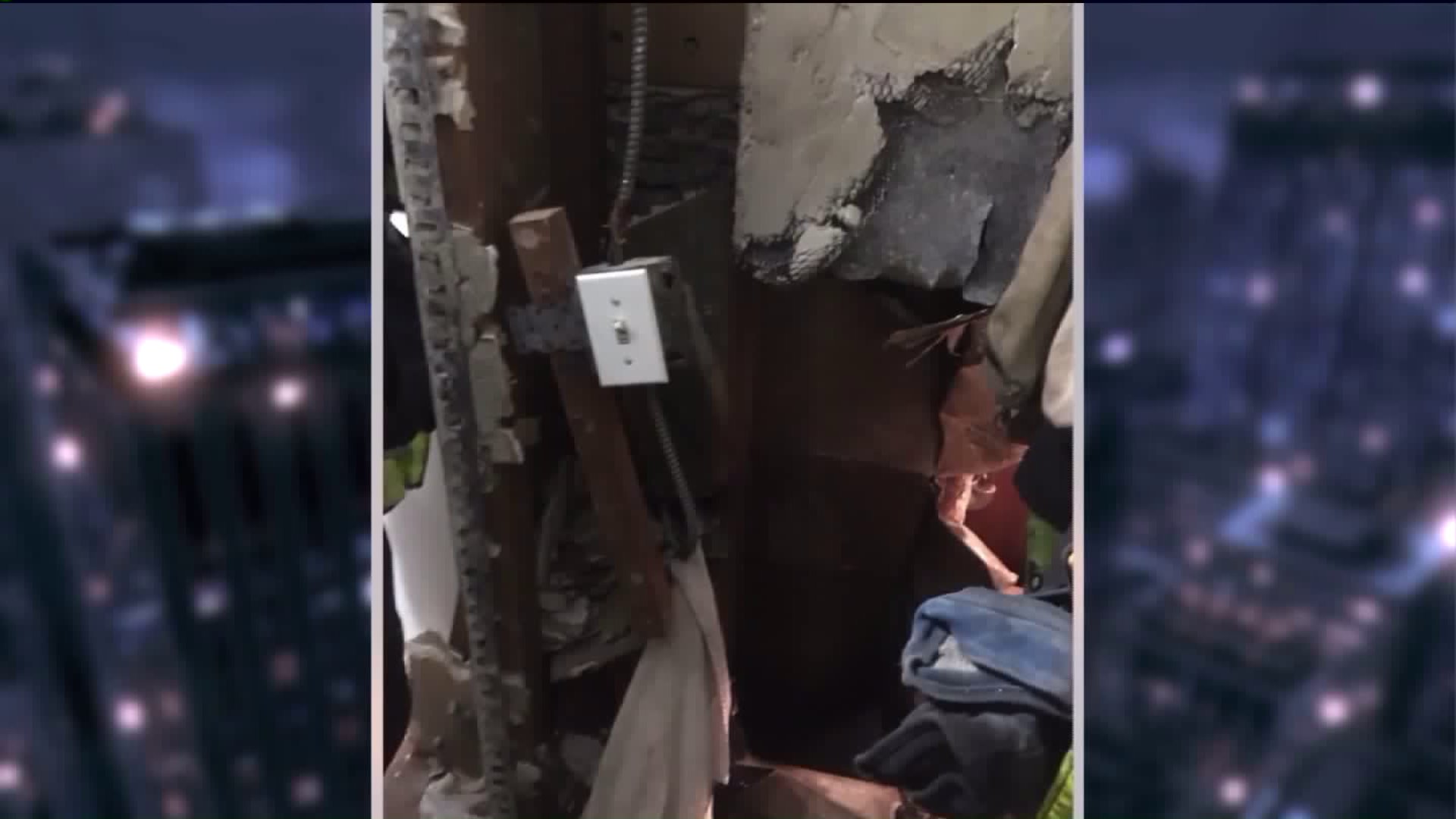 Authorities say a man removed a fan from a shaft on the roof and jumped in, falling five stories when he got stuck inside a wall.

KIPS BAY, Manhattan — A woman called 911 shortly after midnight Tuesday to report she was hearing a man yelling from inside her wall.

FDNY Chief Patrick Tansey confirms that this was a real incident that required quite the rescue involving more than 40 firefighters.

"We received an alarm for a man stuck in a wall," Tansey said.

A resident of 220 East 26th Street said she heard a crash in her kitchen vent then heard someone yelling for help.

A man became trapped inside this shaft at an apartment build in Kips Bay, Manhattan, on Jan. 10, 2017. (FDNY via Facebok)

The FDNY said before he called out for help, the man was on the roof, removed an exhaust fan and slid five stories down, becoming stuck on the first floor.

"The shaft was so small that his body took up the entire vent," Tansey said. "So, using power tools was out of the question. We had to expose him by hand."

They had to dull the edges of the metal vent to remove him. Once they did they, the man was barely injured, standing wearing just his underwear.

The resident who called 911 said the man had told her through the wall that he thought he was sliding down into a pool below.

"He had told the occupant who called us something about a pool in the basement, but I don't know," Tansey said.

The man did not appear to be intoxicated. He was taken to the hospital for minor injuries and was released.