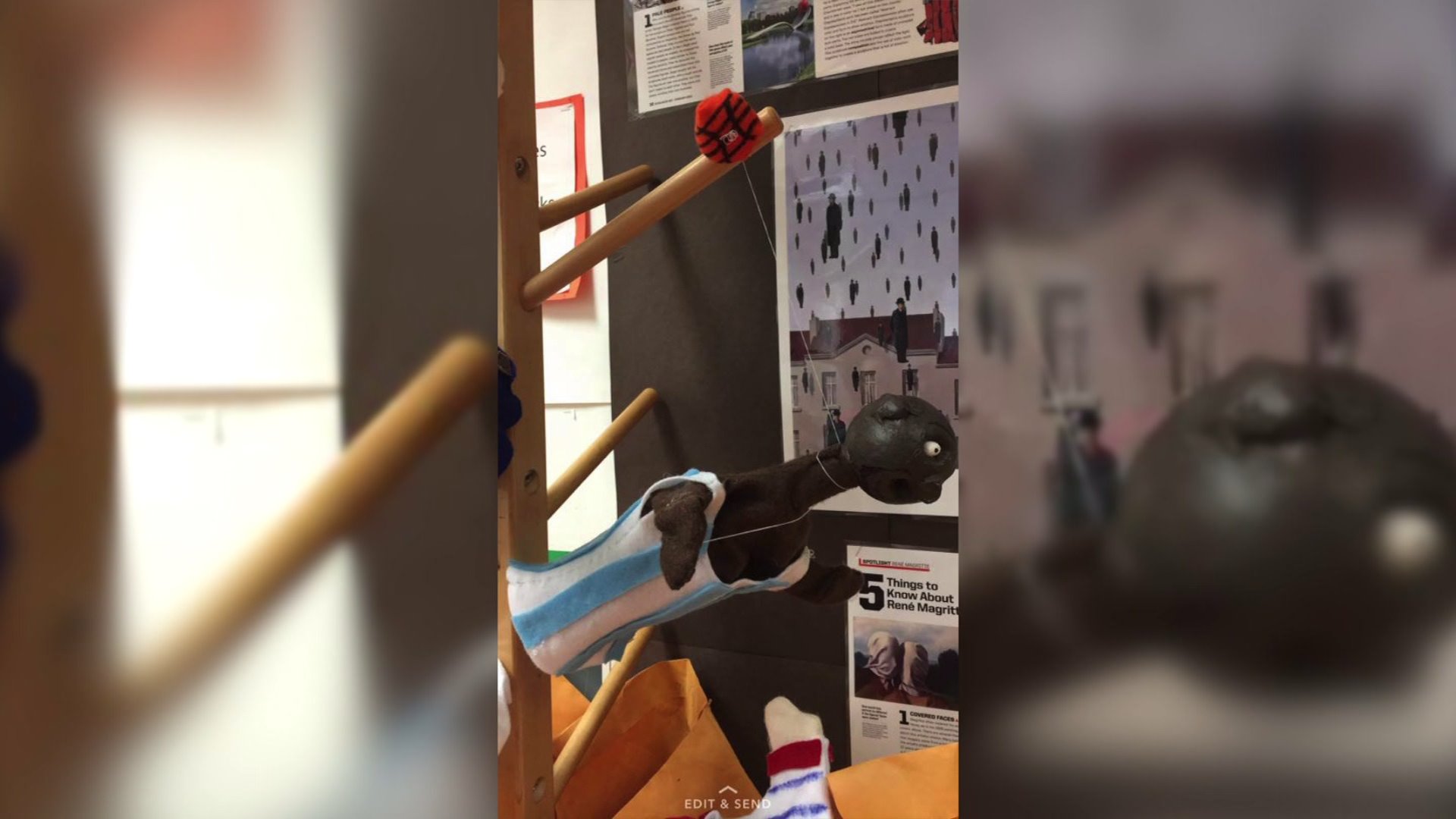 The image shows a black basketball player with string wrapped around his body and neck.

PLAINFIELD, N.J. — A high school basketball team from a diverse town found a black doll strung up in a classroom at a predominantly white school.

Photos of what they saw have been circulating on social media. The image shows a black basketball player with string wrapped around his body and neck. It’s hanging inside a classroom at Arthur L. Johnson High School in Clark, New Jersey.

“So this is what our girls basketball team from Plainfield High School had to see in the classroom where they was getting changed for the game. This was deliberately done and an act of racism …”

The poster identified himself as a school staff member in Plainfield and wouldn’t comment further.

"I feel like that’s really messed up,” said a student outside Plainfield H.S. “It’s like they were trying to put a message out there."

According to the census, Clark is nearly 100 percent white. Plainfield, New Jersey — where the visiting girls basketball team traveled from — is predominantly black and hispanic.

Off camera, multiple people claimed Clark has a reputation for being a “racist town” but no one would dare state this on the record.

Clark’s Mayor reportedly attended a Plainfield town hall meeting last night, to apologize for the incident. But he could not say whether or not the intent was malicious.

"I hope its just a prank. I hope they did have the intent of doing something you know,” said Larry Bishop, a parent from Plainfield.

Plainfield’s superintendent Anna Belin-Pyles says she immediately called Clark. She says the district does not condone acts of intolerance and she wants to make sure that they get to the very bottom of this.

“We teach our children in Plainfield to be tolerant and inclusive of others and we expect the same respect,” she said.

Clark’s superintendent Edward Grande stated today that good sportsmanship and respect has and will continue to be an integral part of the school’s athletic program.

“The Board will promptly and thoroughly investigate this matter to determine what occurred following the basketball game on January 7th and will take remedial action as necessary,” he said.