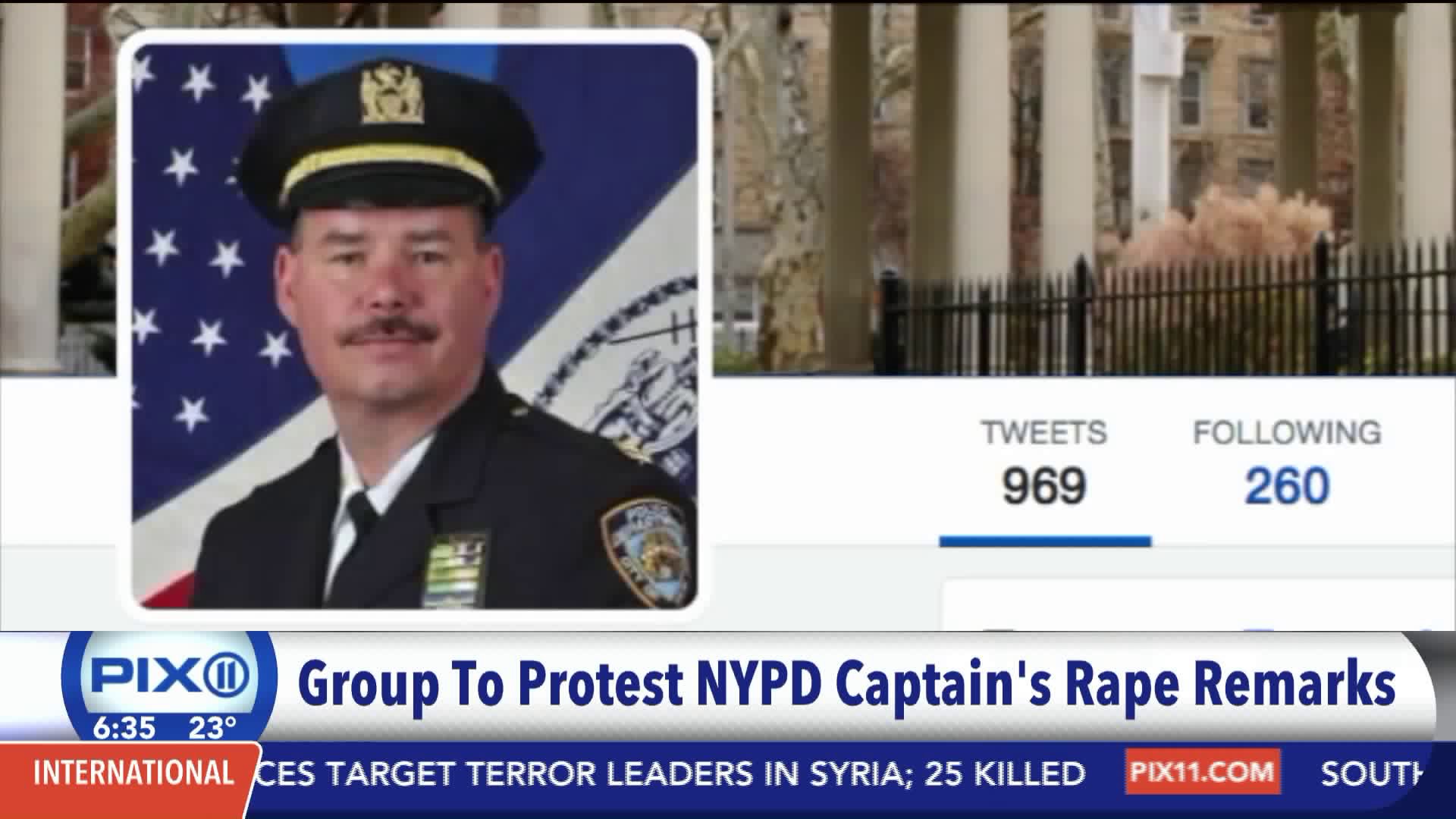 Despite an apology from a Brooklyn NYPD captain following his comments on rape, a woman`s advocacy group will protest outside his Greenpoint precinct.

NEW YORK — The National Organization for Women is promising to protest outside the 94th precinct in Greenpoint Tuesday against comments from the NYPD's commanding officer casting some rapes as less troubling than others.

While addressing a 62 percent spike in rapes in 2016 at a community meeting last Wednesday, Capt. Peter Rose attributed the spike partially to women on Tinder dates and those raped by co-workers and other acquaintances, and categorized those as not as serious or troubling as stranger rape.

A firestorm over the comments quickly erupted.

My sincerest apologies for the comments I've made. pic.twitter.com/TL4yC8JChq

Police Commissioner James O'Neill called the remarks "insensitive" in a piece written for the Daily News and reinforced the many ways the NYPD tries to educate women and ensure the environment for them to report rapes is conducive to treating them with dignity.

Meanwhile an online petition from UltraViolet has 45,000 signatures calling for Capt. Rose's removal.

It reads in part, "This is the kind of attitude in law enforcement and the courts that allows the rape of one in three women to happen."