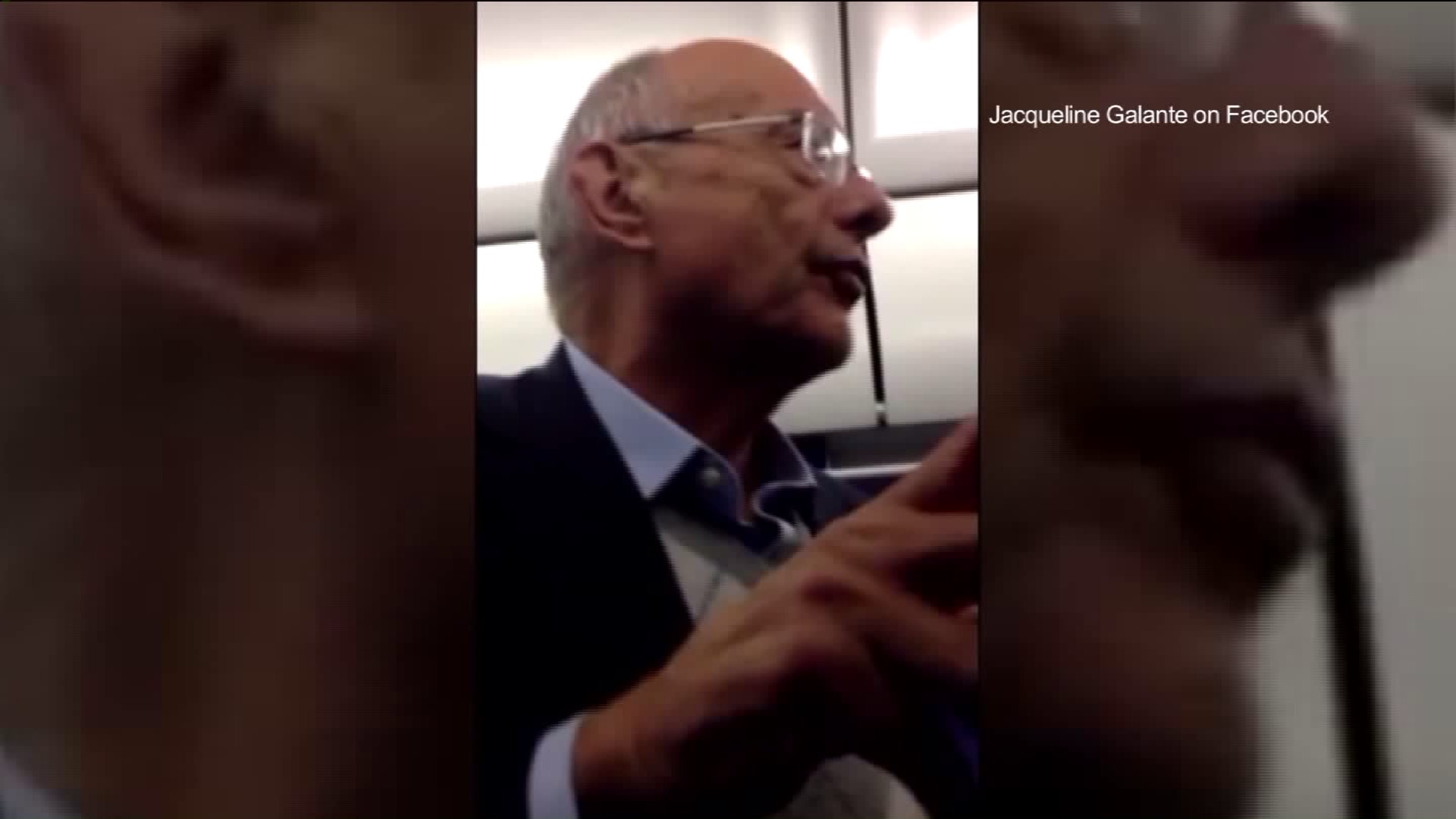 Sen. Al D`Amato was escorted off a JetBlue flight from Fort Lauderdale to JFK.

FORT LAUDERDALE, Fla. — A fiery and loud former Sen. Al D’Amato did not hold back as he was escorted off a JetBlue flight in Fort Lauderdale en route to JFK Monday night.

D’Amato was one of many outraged passengers aboard Flight 1002 that had experienced a nearly seven-hour delay.

A fellow passenger told PIX11 the plane was initially delayed to inclement weather. The delays continued due to an apparent "weight and balance issue."

It prompted the pilot and crew to ask those seated in the front of the plane to move to the back.

It resulted in security to pull him off the flight, witnesses said.

“They’re throwing me off the plane because I was complaining about what they were doing,” Sen. D’Amato is heard saying on video that was later posted on Facebook.

“You wanna know what! Stand up for what’s right and walk out with me!” he proclaimed to the other passengers. “That’s the only thing they’ll know!”

The senator attempted to organize an impromptu revolt – asking passengers to follow his lead and leave. One man did just that.

Despite the outcry, no other passengers deplaned.

Officials with JetBlue confirmed the incident telling PIX11 in a statement: “If a customer is causing a conflict on the aircraft, it is standard procedure to ask the customer to deplane, especially if the crew feels the situation runs a risk of escalation in-flight.”

The senator, who was not available for comment, released a statement through his consulting firm Park Strategies acknowledging the meltdown saying “JetBlue has apologized to the Senator for over reacting and the Senator apologized for speaking his mind at a time when he clearly had left his patience at the gate.”

Amid the drama, a passenger on the plane tells PIX11 JetBlue issued an apology to everyone on board via email, offering a $200 voucher that they’ll be able to put toward their next flight.