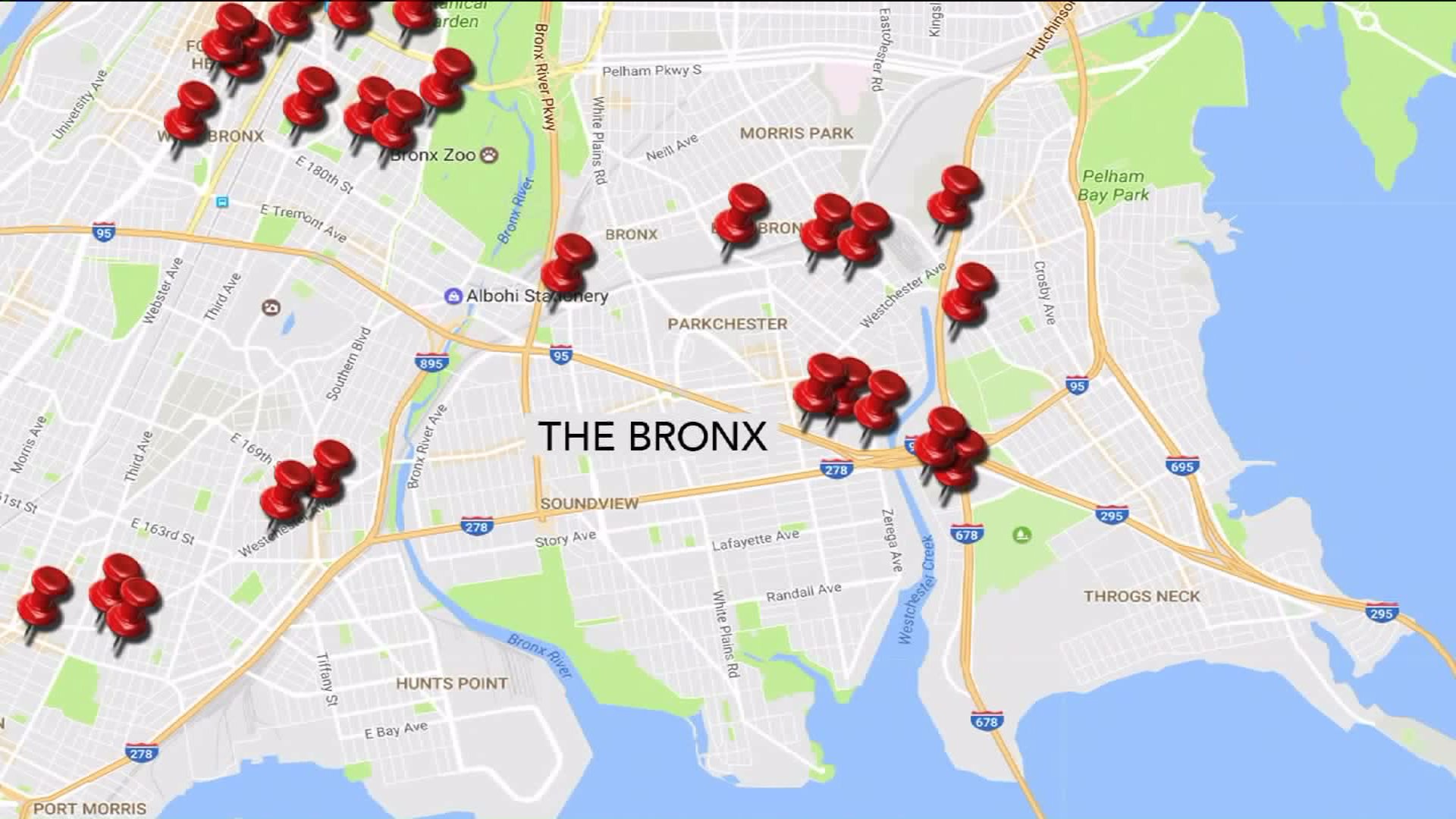 An unknown number of people in a white 4-door sedan with dark, tinted windows began throwing marbles at the Bronx businesses in a 90-minute span.

Windows were shattered in Schuylerville, Parkchester, Foxhurst, Mott Haven and Fordham Heights, police said. An unknown number of people in a white 4-door sedan with dark, tinted windows began throwing marbles at the Bronx businesses around 7:15 p.m. Sunday night. They continued driving around targeting windows until around 8:40 p.m.

Most of the locations hit were businesses, police said. Windows were broken at an Applebee's, a Target, a diner, two Dunkin Donuts locations, an Auto Zone, several grocery stores, McDonald's, several other restaurants, a Foot Locker, a Modell's and a bank, along with the windows of several other businesses. The people in the car also smashed the windows of an MTA bus and a parked car.

One of the businesses hit is the Tremont East Diner at 3007 E. Tremont Ave. Gus Mastoras says in his 16 years as owner, he has never had any problems.

“I was here doing clean up then I heard some noise," Mastoras said. "I thought breaking dishes or something. One of my customers sitting by the window called me over and said somebody shot the window. I hope they catch the guy whoever did this because it's not just the $400 cost to replace the window, it's about the safety of my customers."

Mastoras adds it’s a costly repair bill, but he’s just grateful none of his customers were hurt.

There were no injuries in any of the 28 incidents. Right now it's not clear exactly what the suspects used to launch the marbles or if they threw them by hand. Police are still looking for suspects.