Man, 83, describes frightening attack after he was beaten, robbed in the Bronx 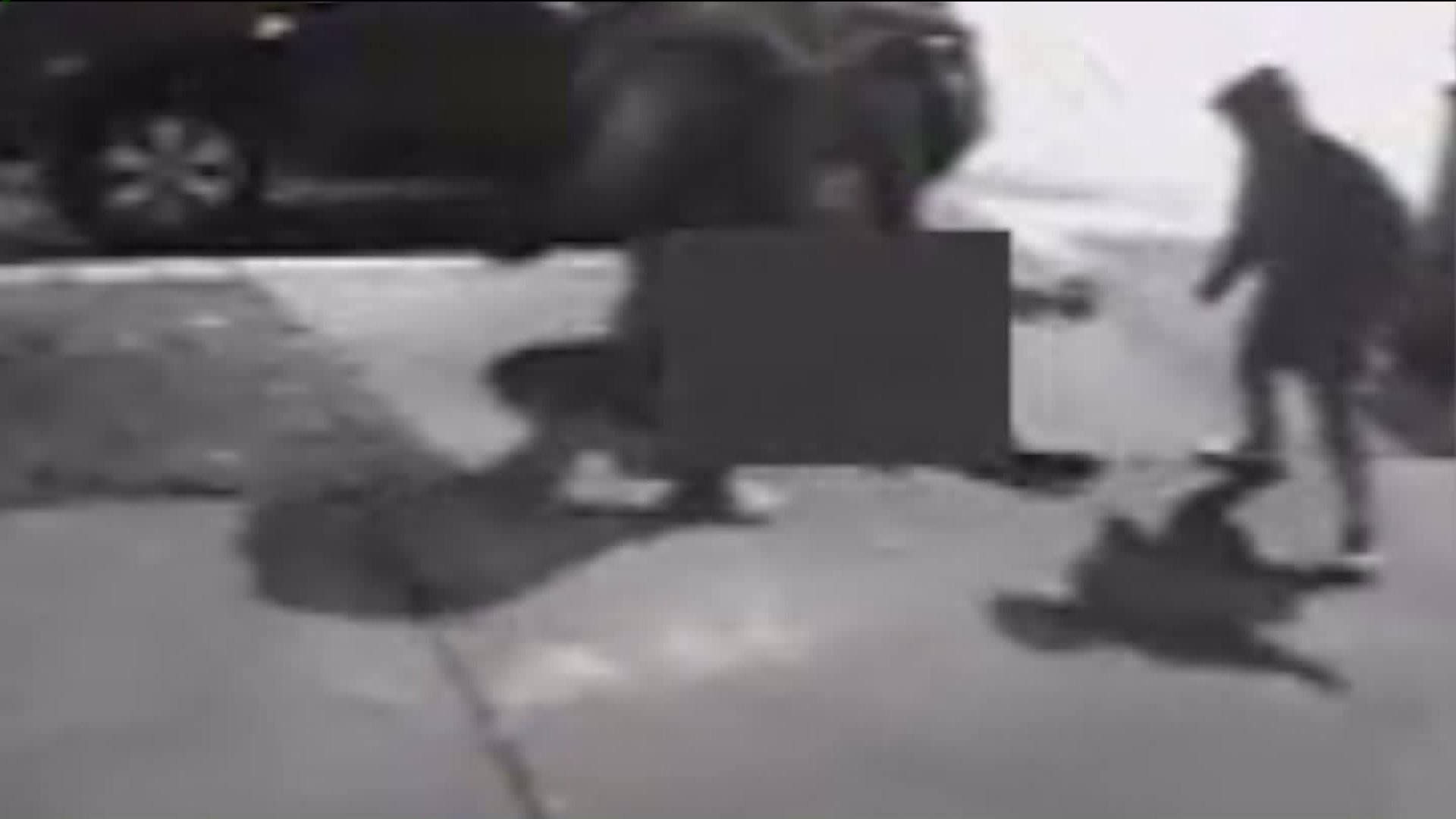 Police have released surveillance video of the suspects seen beating and robbing the man.

THE BRONX — Basil Johnson heads out every night from his Macomb Road apartment in the Bronx to play dominos with his friends. It is something he says he has done for years -- at a place just up the road from his home.

On Friday, the game went longer than expected.

He packed up and headed home around 8:45 p.m. On his way home, he says he felt that someone was following him. It was at that moment he was punched and thrown to the ground.

"I was yelling murder, but no one was around," recalls Johnson.

What Johnson did not know was that it was not just one, but three men punching and kicking him until they made off with his wallet. Inside was $240 in cash and credit cards.

"Once they got my wallet, they ran off," Johnson said.

Meanwhile, his wife of 45 years was at home with no idea of what was unfolding just a few doors down the road until she got the phone call.

"He called me and said three guys just beat me up and took my wallet," Hyacinth Johnson said.

Johnson was taken to the hospital and treated for bruises and swelling to his face.

While his wife is worried that the three men are out there, Johnson plans on going right back out to meet his friends to play dominos.

"I can't just stay inside."