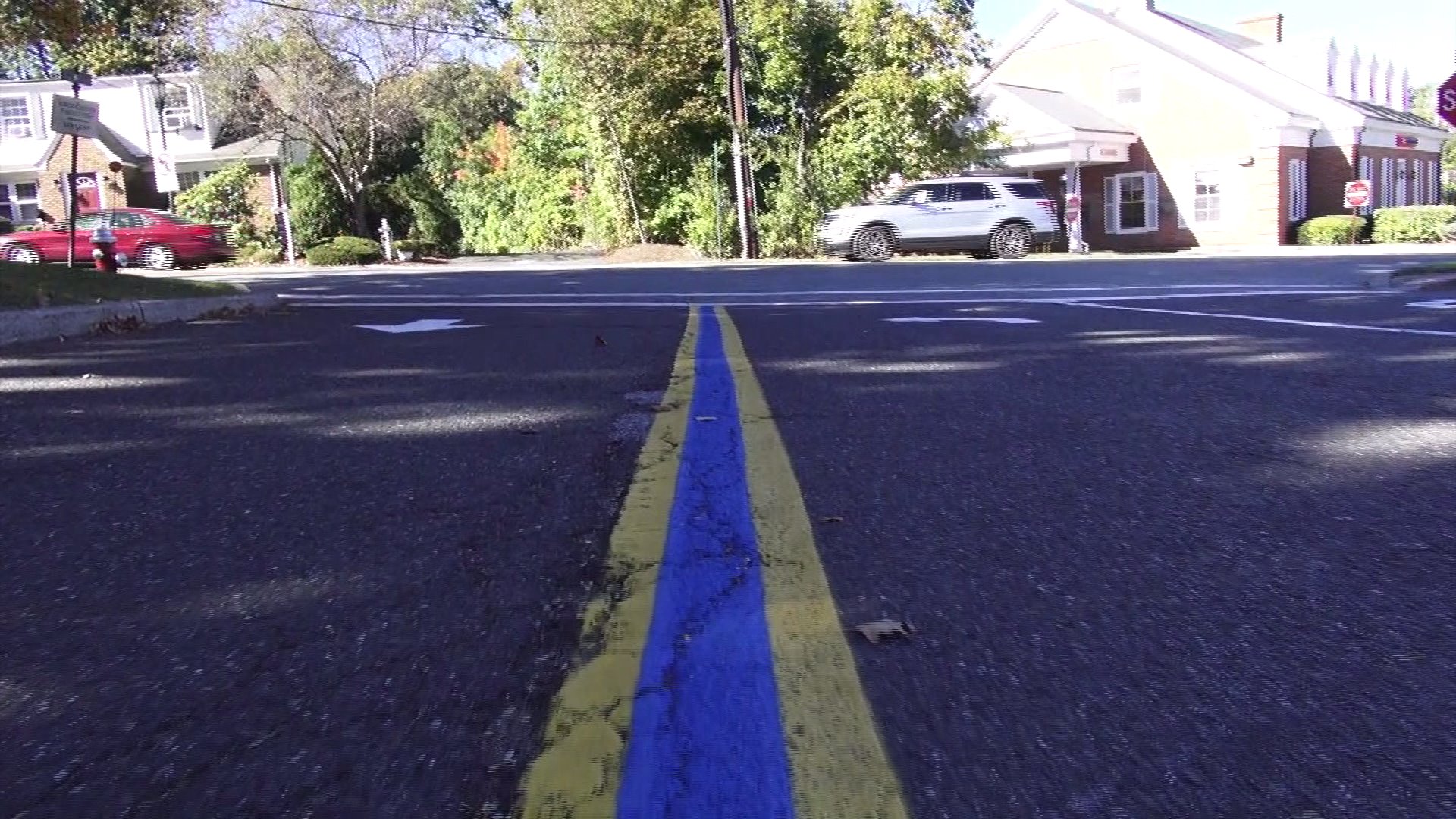 TRENTON, N.J. – Municipalities across New Jersey that have chosen to honor law enforcement by adding a streak of blue to the middle of their roads have been advised by federal officials to stop the practice.

A Dec. 8 letter from the Federal Highway Administration to Somerset County's Engineering Division confirmed that the blue center lines are in violation of the Manual on Uniform Traffic Control Devices for Streets and Highways.

The MUTCD states that "the pavement surface must be visible in the space between the lines in the same way that it is visible outside the lines."

Office of Transportation Operations Director Mark Kehrli added in the letter that blue paint should only be used for designating handicap parking spaces.

It's unclear whether municipalities can be penalized for keeping the blue lines.