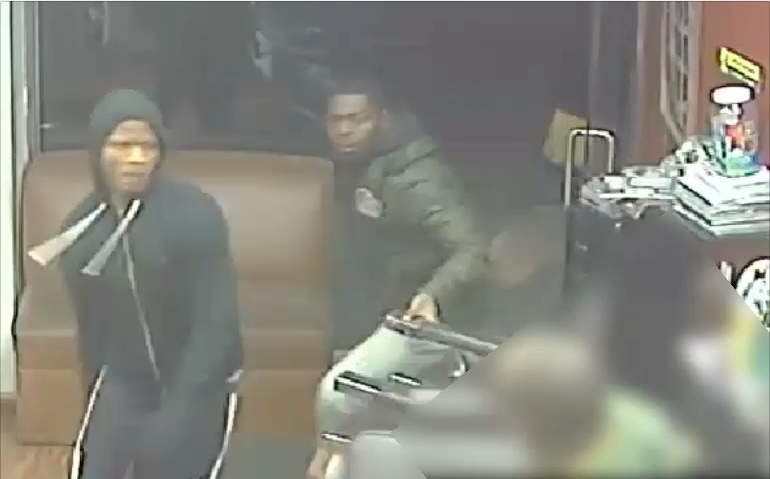 EAST FLATBUSH, Brooklyn — Police are searching for two men who allegedly tried to rob a barber shop in the East Flatbush section of Brooklyn on Friday.

The pair entered the Nostrand Legends Barbershop about 8 p.m. Friday, police said. One of them pulled out a gun and demanded money, and the second man, who was unarmed, tried to take a gold chain and money from one of the employees, who refused to hand anything over.

After a brief struggle, both men ran from the barber shop empty-handed in an unknown direction, according to police.

The employee who resisted the robbery sustained a minor head injury but refused medical attention.

The armed man is described as between 20 and 25 years old. He was last seen wearing a black-hooded sweatshirt with white drawstrings and black sweatpants with white stripes down the side. He pulled the handgun out when they entered the establishment.

The second man also is described as between 20 and 25 years old. He was last seen wearing a black-hooded sweatshirt, a green bubble jacket and gray sweatpants. He has short hair.

Both suspects can be seen in surveillance video released by police.

If you have any information related to this incident, submit tips to police by calling Crime Stoppers at 1-800-577-TIPS (8477), visiting www.nypdcrimestoppers.com , or texting 274637 (CRIMES) then entering TIP577.