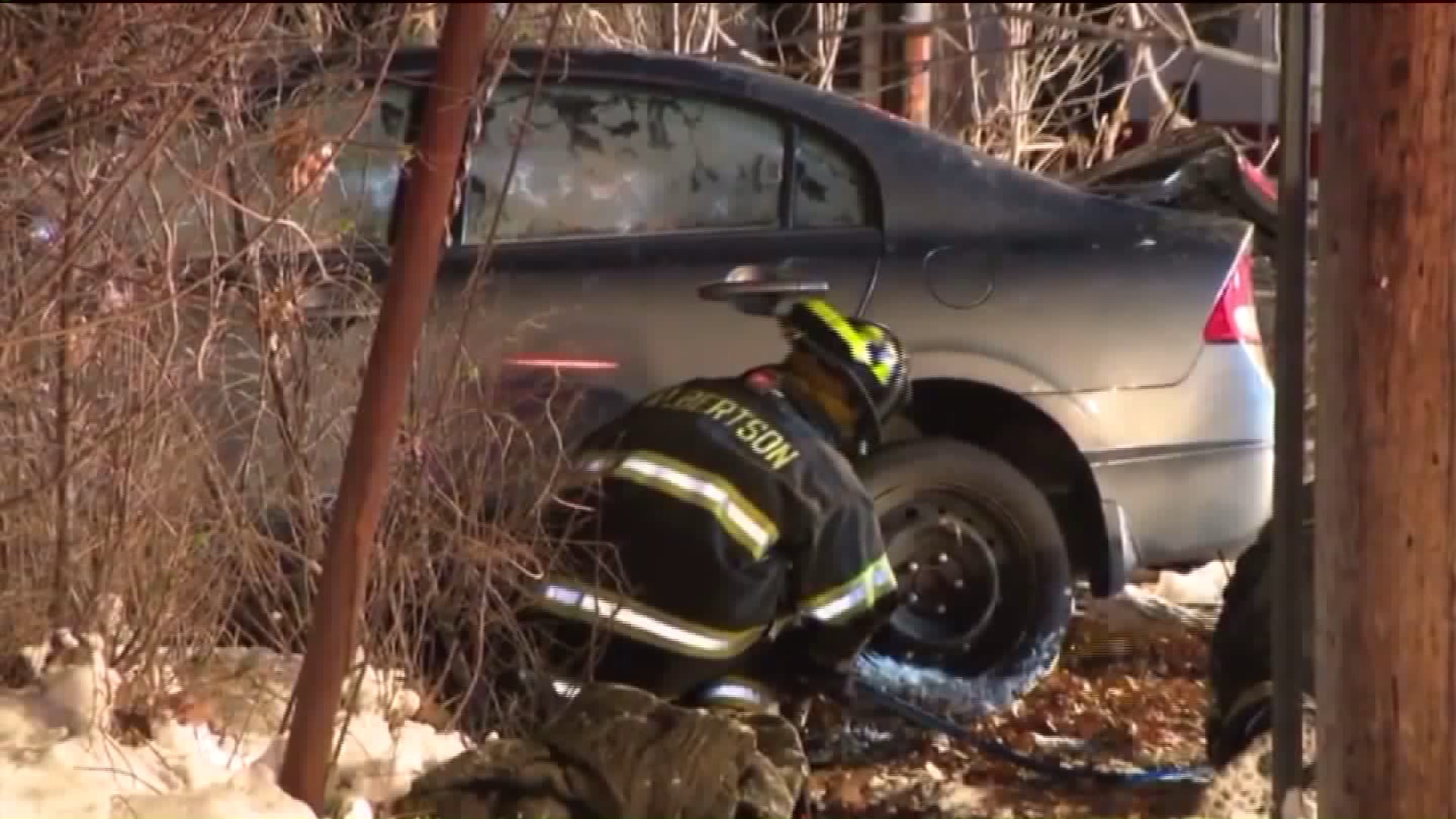 Three people died in a car chase that ended up in a Nassau County pond.

ALBERTSON, N.Y. — Three people are dead after a stolen car crashed into a pond in Nassau County Sunday evening.

Police said at a news conference that a trooper on the Southern State Parkway was using his license plate reader when the Honda drove by. The license plate was registered as a vehicle that had been stolen on Jan. 6 in Hempstead.

The officer followed the vehicle which began speeding up before crashing through a fence and into a pond at the intersection of I U Willets Road and Searingtown Road in Albertson.

Divers entered the water and helped retrieve the vehicle.

Three passengers were taken to the hospital where they were pronounced dead.

Nassau County police say this is a state police job but they are assisting in the investigation.