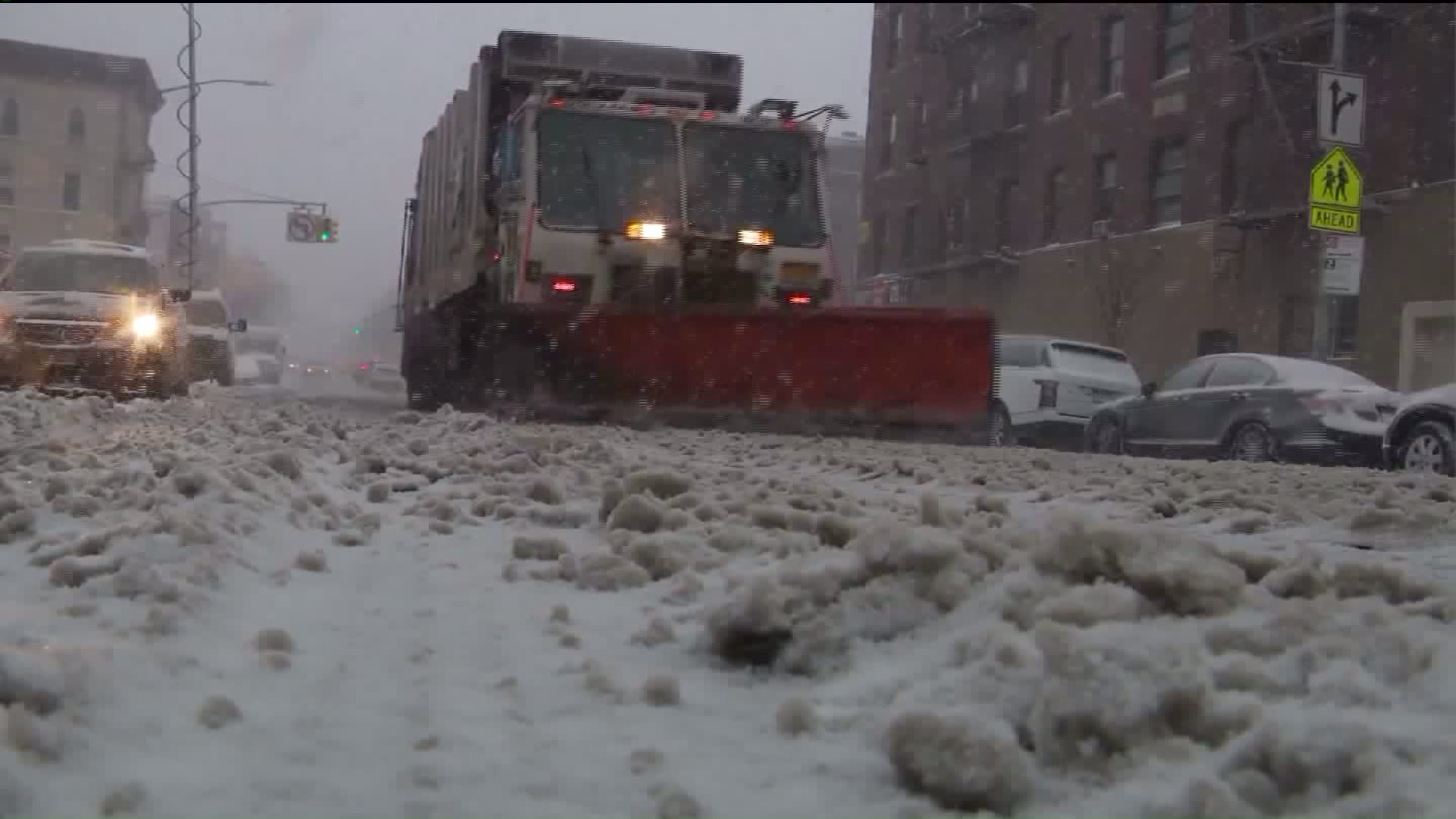 The first major storm of the season has surprised residents in Brooklyn, dumping inches of snow and covering streets in the area.

NEW YORK — Hundreds of flights were canceled and delayed at JFK, LaGuardia and Newark airports as the storm continued to bring inches of snow to the tri-state.

As of 5 p.m., Here were the number of delays and cancellations according to Flightaware :

At JFK, 94 flights were delayed and 87 others were canceled.

At Newark International Airport, 73 flights were delayed and 104 were canceled.

For the latest information, head to Port Authority site.

Travelers were faced with long lines at the airport Saturday as the winter storm continued to dump inches of snow on New York City and New Jersey. Snow began to fall early morning and intensified by the afternoon.

Flights heading into JFK were delayed for more than six hours, while Newark saw delays up to two hours or more.

A winter weather advisory was issued for all five boroughs until 10 p.m. Saturday. The advisory means people should expect hazardous travel conditions and slippery, snow-covered roads.

The gusty wind reduced visibility to about a quarter mile or less at times during the day.

Nassau and Suffolk counties as well as Queens and Brooklyn are under winter storm warning. As of Saturday evening, forecasters for the National Weather Service predicted 8 to 12 inches of snow in Brooklyn, Queens and Nassau County. Suffolk County is expected to get the most snow fall, between 12 to 18 inches in Montauk.

The rest of the city is expected to see 4 to 6 inches of snow.

Northern New Jersey is expected to get 1 to 3 inches of snow while southern and central New Jersey could face up to 10 inches.

Skies will partially clear out for Sunday but the winds will be gusty making feel more the the lower teens during the day. Temperatures moderate back to the freezing mark by Monday with plenty of sun.