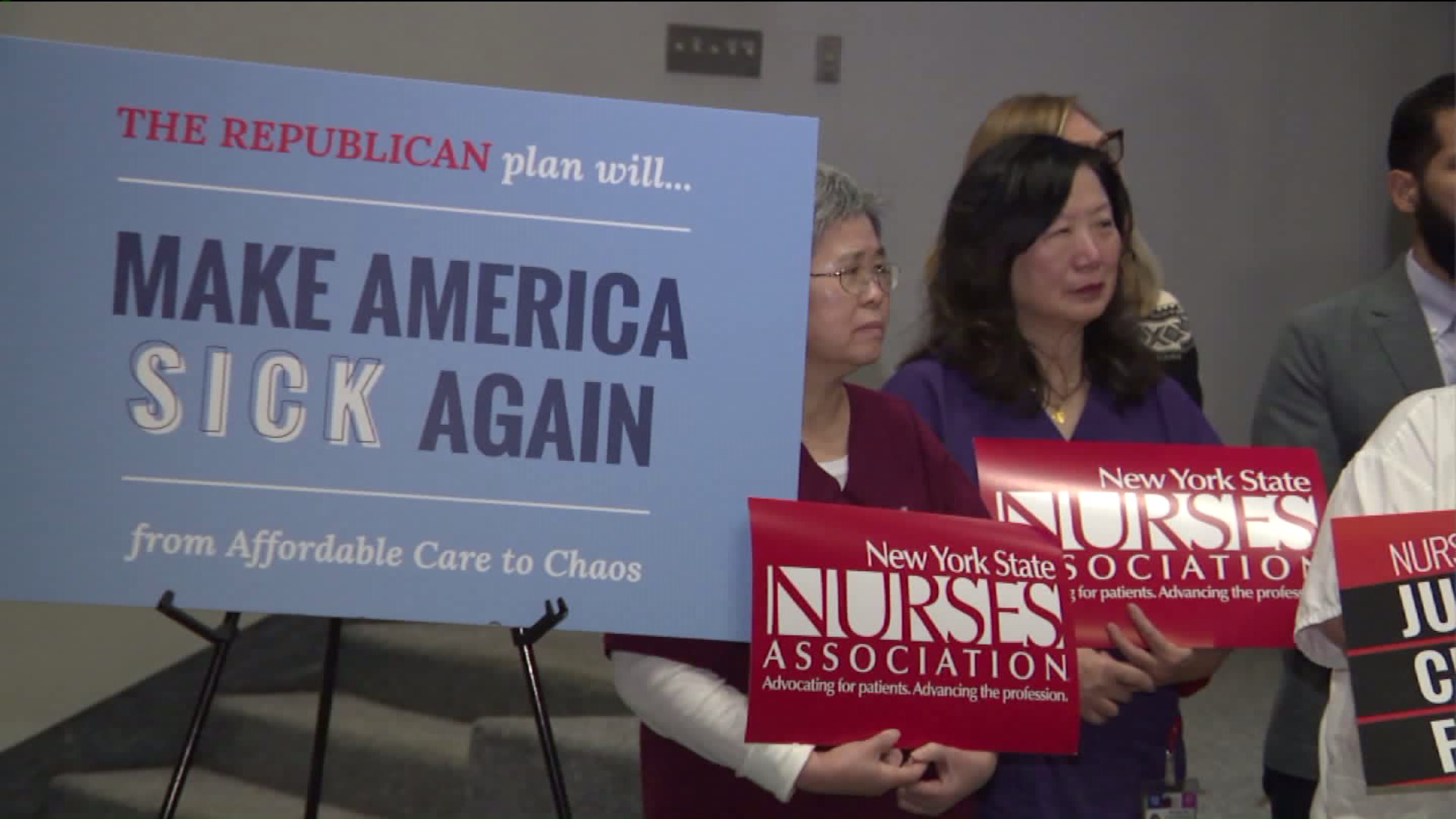 A rally was held at a Brooklyn hospital to oppose the repeal of the Affordable Care Act.

BEDFORD-STUYVESANT, Brooklyn —New York lawmakers are gearing up for a fight as Republicans prepare to dismantle Obamacare.

Lawmakers held a rally at Woodhull Medical Center in Brooklyn Saturday to oppose the repeal of the Affordable Care Act and what the potential fallout will be for the 1.6 million New Yorkers who rely on it for health insurance coverage.

Representative Nydia Velazquez was leading the charge at Woodhull Medical Center in Brooklyn.

Flanked by those signs and a big group of supporters, Valazquez told the crowd “I’m ready, I’m fired up, we’re gonna fight! Congressional Republicans are playing politics with millions of Americans’ healthcare!”

“We are not gonna step back, we will fight back,” said Jeffries.

Meantime, on Capitol Hill, Republicans are moving ahead with the contentious process of trying to repeal the President’s signature health law.

Getting rid of Obamacare was one of President-elect Trump’s campaign promises.

On Friday, Obama challenged Republicans to come up with an alternative plan.

Lawmakers at Saturday's rally say some of the states that have had the most to benefit from Obamacare had a majority vote for Trump.

They add if Obamacare is repealed, 30 million Americans will lose health insurance, 1.6 million New Yorkers alone. One of them is Queens resident Juana Alvarez, a single mother of 3.