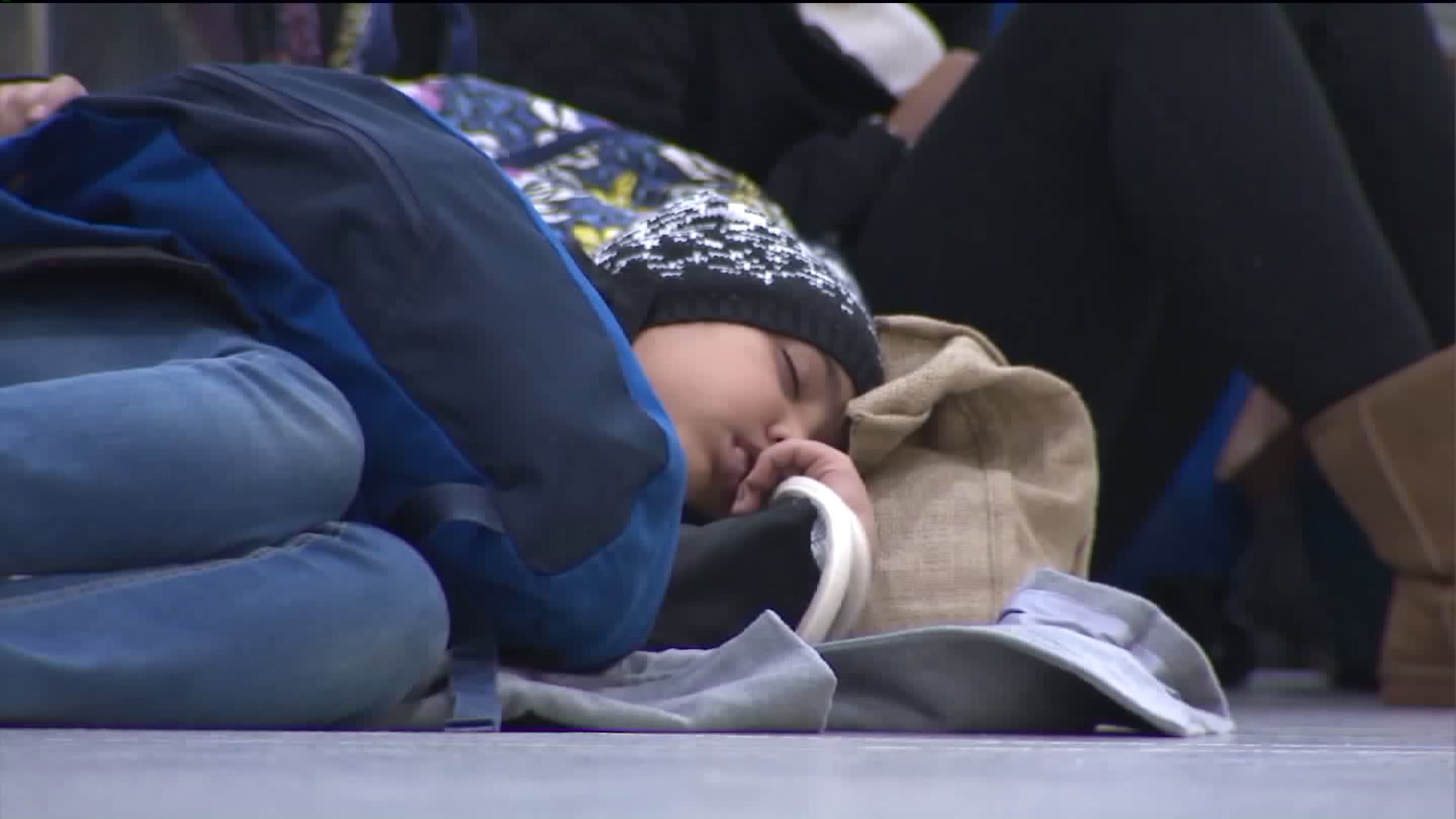 Travelers are stuck sleeping on the floor at LaGuardia Airport as hundreds of flights are delayed and canceled because of snow.

QUEENS, N.Y. — Hundreds of flights were canceled and delayed Saturday as snowy weather moved through the tri-state area.

As evening set in at LaGuardia Airport, some fliers scrambled to figure out where to go.

Kim Denune's flight was canceled and she won't be able to get another one until Monday.

Others chose to sleep on the floor or if they were lucky they found seats in the central terminal.

Some just gave up and moved to a hotel.

While the snow tapered off late Saturday, there were already cancellations for Sunday morning on the departures board for American Airlines.

Fliers are recommended to call their carriers before leaving for the airport.